Did We Just Have an Archduke Ferdinand Moment 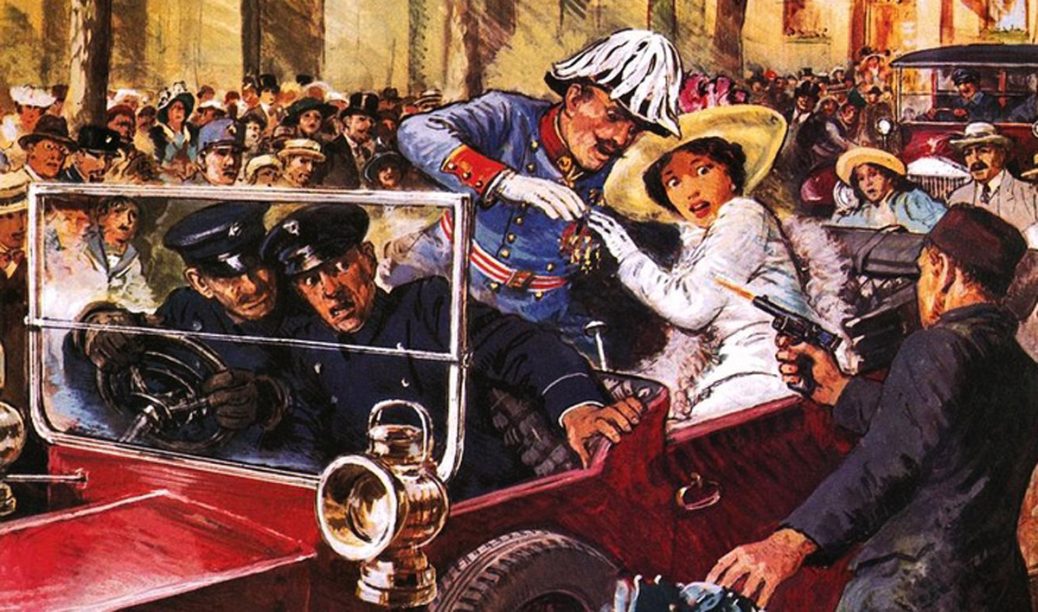 If you know anything about history, you have seen that certain patterns tend to repeat. As humans continue to seek power over others, acquire wealth for themselves, and demonstrate the arrogance of believing that the reason those that came before, who had tried the same things, failed only because those people had not tried doing it the way that they are doing it; they ignore the lessons of the past or they never learned that history. This is where the adage “Those who fail to learn from the past are doomed to repeat it” originated.

If you know anything about world history, Archduke Franz Ferdinand is a name that will undoubtedly ring a bell. The assassination of Ferdinand – due to the perceived threat to Serbian independence should the Archduke ascend to the Austrian throne – set into motion the events that led to WWI. Historians and scholars have often mused that – from the outside – this was a regional matter that would have led to a regional war with little impact on the world outside of their alleys and neighbors. However, when Austria declared war on Serbia, largely due to “encouragement” from Kaiser Wilhelm II, who promised nearly unlimited aid from Germany, it brought a nation into the fray whose leader was determined to prove its economic and military power. The Kaiser wanted to prove to the world the power of Germany, but more than anything, he wanted to prove to the German people that he was a “great leader.” In his quest for legacy, he got overly aggressive, even seeking to convince Mexico to attack the United States.

On August 21st, 2022, a car bomb exploded outside of Moscow. Inside that car was a young lady that most Americans have probably never heard of, Daria Dugina, who died as a result of this assassination attempt. Daria was the daughter of Alexander Dugin, known as “Putin’s Philosopher,” among other monikers. Dugin is a dangerous Russian political philosopher, analyst, and strategist who believes that Russia should work to bring about Armageddon to elevate Russia to the world prominence that he is convinced Russia deserves. Please don’t take my word for it; read his book, The Fourth Political Theory, and see for yourself.

This belief in Russian world dominance is not the most dangerous thing about Dugin. The fact that he has the ear of Vladimir Putin to the extent that many Russians refer to Dugan as a modern Rasputin significantly elevates how dangerous he could be to the world. But I fear his ever-growing influence on people worldwide, even in America, makes him most dangerous. Many hear Dugan’s talk of “Traditionalism” and mistake it for conservativism. Dugan’s views can sound alluring to many who do not like the path that the so-called “progressives” have us on, but it is essential to remember that Dugan thinks that the Nazi’s only flaw was that they did not go far enough. This is somehow overlooked by many of his followers, but it is the primary alarm bell that should persuade people to look elsewhere for a thought leader. Dugan is the ultranationalist fascist the American political left accuses conservatives of being.

It is generally thought that Alexander Dugin was the target of the assassination attempt. (Although, it is entirely possible that Daria Dugina may have been targeted as well – Dugina being her “father’s daughter” as an outspoken proponent of the same views as her father.) Dugin and Dugina were traveling in the same car until a last-minute change with Dugan moving to a different vehicle. The official response from the Russian government blames Ukraine and the United States for this attack. (Which doesn’t seem very likely, but it serves the propaganda needs of the Kremlin better than admitting that there may be factions within Russia that see Dugan as a threat to Russia’s long-term wellbeing. In fact, if I were to don my tinfoil hat for just a moment, I could even see a scenario where Dugan was behind the bombing, making his daughter a martyr for his cause while continuing to nudge Putin in the direction of escalation of brutality in the war with Ukraine trying to force other nations to actively join the conflict. But like I said, that is tinfoil hat territory.)

Regardless of whom is responsible for the car bombing, the stage has been set for a ratcheting up of hostilities in the ongoing conflict between Russia and Ukraine. The current food shortages along with still-rising energy prices resulting from that “regional war” are creating civil unrest throughout Europe. A Russian leader looking to create a legacy of his own, much like Kaiser Wilhelm II in his day. Add on top of that a man in the White House who has been wrong on every foreign policy he has endorsed or (now) implemented during his fifty-plus years in Washington D.C., and the danger of things spiraling out of control and dominos falling one by one is perhaps at highest since 1914.

Part of the reason why the assassination of Archduke Ferdinand led to WWI was that no one saw the dominos waiting to fall. If world leaders of the time had been more mindful of what would happen next, the conflict could have been contained. If we see the potential escalation in advance and demand that our “leaders” act accordingly, then maybe we can avoid dragging the world into yet another “regional” war. Let’s learn from our past before we repeat it.

Tim Tapp is the host of the syndicated, conservative talk show “Tapp” into the Truth. He calls East Tennessee home, where he broadcasts and writes. He also still works in Quality Assurance for a food manufacturing company as he takes up the cause of defending our republic. Find out more at www.tappintothetruth.com