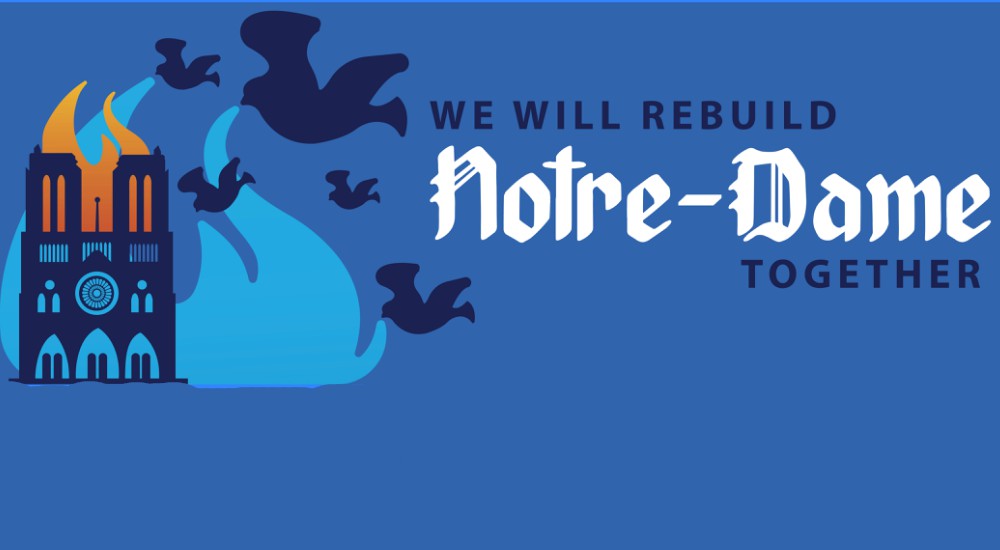 Why has no other writer asked this question? Simply because most are afraid to. When someone tried to bring up this subject with Shepherd Smith, the gay news anchor got in the way and would not allow the question to be pursued. That surprised me. He of all people should have welcomed the discussion since Muslims not only hate gays but believe they are all condemned and throw them off the roofs of buildings feeling that they should all die. This is part of their culture.

This writer WILL pursue the Notre Dame fire. First of all, how many know that the week preceding the Notre Dame fire, 12 French churches had been torched? That news was smothered. This was all possibly planned,  building up to the grand finale to show Islamic superiority by staging an event as earth-shattering as 9-11 which brought them the notoriety they coveted as well as causing widespread fear.

Now let us analyze the time frame. This week is the holiest week for Christians along with the week before leading up to it. This would be the perfect time for Muslims to destroy the largest, most prestigious beautiful Christian church in the world in a high profile action which would demonstrate Islamic power, just like they did on  9-11, for the purpose of murdering and bullying all Americans.

Muslims hate Christians and the Christian church. In France there is a huge population of Muslims who have virtually taken over the country, establishing “No Go” zones that are strictly for Muslims who are demanding that Sharia Law replace current laws. The way to accomplish that is to show ‘who’s the boss?”

I saw some videos of the fire that briefly showed a couple of mysterious men moving about at the top of the Cathedral and in another location just as the fire began. Even though the videos were quick, one of the men had on what appeared to be Islamic apparel. The news made no mention of them. This writer saw the videos. Why is this being hidden?

The good for nothing media tried to say that the Cathedral was being renovated and the fire no doubt was accidental, caused during this reconstruction.  That well may be, but this columnist demands to know who each of those workers are and where they came from.

We would not be surprised to learn that one or more of the workers of the renovations were Muslims and THEY are the ones who set Notre Dame Cathedral on fire to push their perverted ideology.

To the authorities investigating this: Identify every worker in that Cathedral when the fire broke out. We believe that the answer will lie there. And take stern action. Do not let this drop.

This columnist does not hate all Muslims. On the contrary, I never met a Muslim I didn’t like.  They can be charming and hospitable. When I visited tribes of them in the desert of The Holy Lands, I was welcomed into their tents with open arms. However, there is a gathering of Muslims who are not nice and who have the goal of taking over the entire world and are ready to commit the most atrocious violence on others to reach their ghastly goals. There are many of those scattered throughout the world.

It is this past documented behavior, murder, deception and destruction that has brought these questions that must be answered. We have all seen the propensity of their vicious activities which have been beyond savage. To not question things today is downright stupid.

The entire build-up to that fire was just too convenient for evil doers…the 12 church fires the week before, nearing the Holiest week for all Christians which would exalt and celebrate Jesus, two anti-American Muslim Congresswomen now occupying Congress, with more warming up, and the two unidentified men were seen in the Cathedral just as the fire started.  Yes, this was all too convenient to avoid questioning that entire episode.  This columnist still holds that the Notre Dame fire was an act of sabotage. I would be happy to learn that it was not.