Deportation: What We Need Now 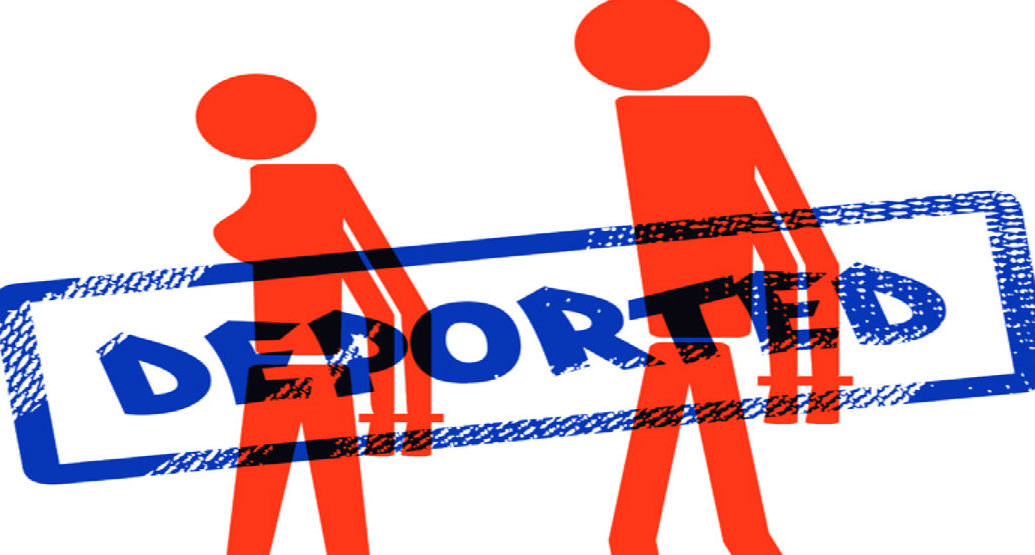 I live in Chandler AZ, a great small town about 22 miles south of Phoenix AZ.  For far too many years I have witnessed what illegal immigration really means, unlike what we hear from our corrupt media.  There are statistics showing that the taxpayers of Arizona pay out over 1 billion dollars each year to house, educate, hospitalize, provide other welfare, and incarcerate illegal immigrants. And no the few illegals who actually pay taxes do not come anywhere near to making up for those losses.

What Americas are heartily sick and tired of is whenever any serious political action to secure our borders is being discussed, we often see crowds of people, many perhaps most of them illegals, marching in our streets, waving the flag of Mexico and trying to intimidate those who support secure borders; breaking our laws by blocking access to buildings, closing roads and creating chaos.

Recently that unlawful behavior was on display once more in Phoenix.  An Illegal woman was going to be deported.  The left wing media always tells us that anyone who is going to be deported is, “being unfairly discriminated on by heartless conservatives, has been in this country for years living an honest life and should be left to stay in this country, their children will be left without a mother/father depending upon which one is being deported (why not both if they both are illegal) among other things and we are heartlessly breaking up families.

The woman’s name was Guadalupe Garcia de Rayos.  In 2008 Rayos was caught up in an E-Verify workplace sweep. In that investigation it was discovered that Reyes was using a stolen Social Security number already in use by an American citizen living in Tucson Arizona.  Unfortunately in Arizona it is not difficult to buy forged Social Security card numbers or forged driver’s license numbers and cards. There is a big market for them by illegals in this state.  When Rayos purchased that card/number she absolutely knew she was committing a felony.  In addition she had stolen that man’s identity, one of the fastest raising crimes in this country.   On top of that she was using a resident alien card registered to a 55 year old man in the state.  Please do not think Reyes’s crimes are unusual, most illegals are committing the same crimes.

For those crimes she was convicted of a class 6 felony and served six months in jail.  She was not deported.  She was required to check in with ICE once a year.  What the hell was going on?  Well Obama was going on, he did everything in his power to disrupt our immigration system and delay real deportations.

However due to her felony convection she was issued a deportation order in2013.  She was asked if she would agree to a self-deportation; she agreed to leave of her own accord, but of course never did, (is anyone surprised) and the Obama government never pursued it.

Think about it, this woman crossed our border illegally a felony; she stole the identity of an American citizen, a felony, and she stole the resident alien card number of another man in Arizona.

People like Dennis Prager have told us many times, Liberals operate on about 95% high octane emotion and only about 5% common sense.  The drama in Phoenix was a perfect example of his conclusions.

So let us illustrate Prager’s theory:

The way the law is actually set up to work in the United States of America ; a  person commits a crime, when caught, is arrested by law enforcement, is put In jail, goes to trial, if convicted is then sentenced by our judicial system and sent to jail or prison.  I don’t know what the statistics are on how many people go to jail or prison per day in this country, or how many of those put in prison are married or have a family, but I would hazard a guess it might be several per hour.  When that happens it is called breaking up a family.  As you may now see it happens to American citizens quite frequently so will our corrupt media, the bleeding heart liberals, and the Democrat Party stop with the drama?  You commit a crime, when caught you are incarcerated, if you are illegal you are then deported, because our laws say we do not want you in our country.

In addition there are thousands of American Military families in our country whose fathers, husbands, mothers, sisters and brothers are deployed into harm’s way, to dangerous countries far away from their families.  They are patriotic Americans, not criminals.  That is also breaking up families but sometimes that is forever.  And by the way our military are honorable men and women, not criminals.

The Hispanic women being deported had committed a felony by buying a forged Social Security card and perhaps a fake driver’s license. She had broken our laws by illegally entering our country, a felony; she had illegally purchased forged documents a felony.

Those criminal acts can and are also the precursor to Identify Theft, the fastest growing crime in this country.  A crime that can be devastating to anyone who has had their identity stolen and suffered the major consequences, both financial and personal from that criminal act.  I believe anyone caught committing identify theft should be sent to prison for 25 to 30 years, first convection.

The news reports and the T.V. coverage that the country was given were full of the deported women’s daughters sobbing and the crowds behind calling out, “this is breaking up a family,” crying out, “this is not the way we do things in America.”  Several people telling all, “this woman was a wonderful woman who everyone loved and she shouldn’t be deported.”  I would imagine the same type of people could be found for most people who commit crimes. Somebody always will like them.

The people who supported that woman apparently are too politically confused, too committed to the open borders heresy, or too ideologically devoted to Obama’s “Fundamentally Transforming America” treachery and refuse to understand the fact that the woman came into our country uninvited and illegally, a felony; she then decided to purchase illegal documents, another felony.  That de-facto makes her a criminal.  She was caught, and convicted, sentenced to be deported and was.  That is the way our system of justice works, at least it does now.  So all the sobbing, crying, liberal emotion and harsh invective only proves Prager’s theory that liberals, operate primarily on emotion rather than logic, if any action makes them feel bad, the hell with logic.

It is also never or at least hardly ever mentioned by these people that nothing is preventing that women’s family from going back to Mexico to be reunited with their mother.  And the daughters did the next day.  Good for them.

So now that we have a new Sheriff in town, my advice to all the bleeding heart liberals, the open borders traitors and people who are in this country illegally is, when illegal immigrants are caught and deported, deal with it because under the laws of the United States of America that will now be the consequence.