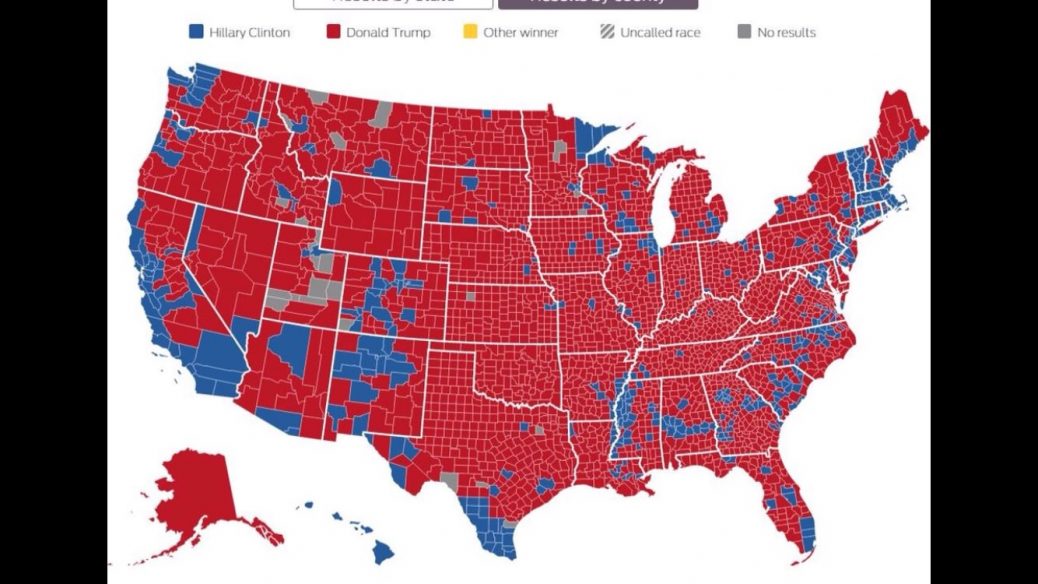 There are several issues surrounding this discussion about popular vote. As you will learn, Trump actually did win the popular vote too, not that it matters!

This election campaign was fought with the goal of winning electoral votes, not popular vote. (Many are not aware that millions of votes that would favor Trump remain uncounted!)

There is a valid reason for the electoral college but that’s a different argument and I’m not going to discuss it here, other than to say that it helps keep the balance of power and ensures that each state has a voice.

If the goal of the campaign had been to win the popular vote the campaign team and the voters would have behaved differently. The campaigns would’ve focused MUCH more attention on high density population areas and would have ignored small-town America.

In very blue states such as New York and California many Trump supporters didn’t bother to vote because they knew it wouldn’t change the electoral outcome, or chose instead to support one of the third-party candidates so they could reach their 5% targets for Federal funding.

If popular vote was the goal, ALL votes would be counted. For time and cost efficiency sake, once a candidate wins a particular area and the remaining uncounted votes are not sufficient to overturn that district, they stop counting.

There are also currently millions of uncounted absentee and mail-in ballot’s remaining. Many of these are military ballots which would most certainly strongly favor Trump.

Lastly, there is also a significant voter fraud issue. It has recently been verified that there were over 3 million votes cast by non-citizens! I think most would agree that it’s highly likely that these 3 million+ fraudulent non-citizen votes went for Hillary Clinton.

Therefore, when those 3 million fraudulent votes are subtracted and the millions of absentee military votes are added, that alone gives Trump a land slide victory in popular vote as well!

Please share these facts with those who continue to cry about the popular vote. It’s an invalid argument.