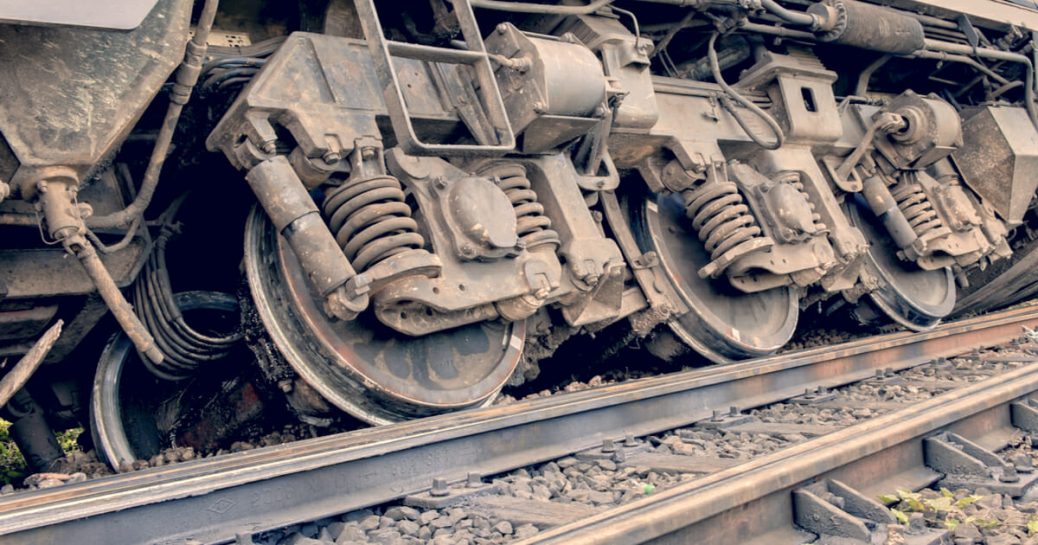 This is a piece nobody, including Democrats, thought would be written. Nobody, even democrats could be this low. It defies all ideas of humanity along with just plain consideration, manners, class, dignity along with displays of downright lack of intelligence.

A train carrying members of the GOP Congress to a Republican retreat in West Virginia yesterday (Wednesday) smashed into a garbage truck that was on the tracks at a crossing.

Several GOP congressmen and their aides were injured and the driver of the garbage truck was killed.

Deomocrat CNN writer and talking head, Jonathan Tasini, joyfully wrote on twitter that this was the result of God getting rid of his political opponents. ” The accident was a form of divine intervention aimed at ‘cleaning up Washington, D.C.” He went on to say that “God is working hard today to clean up the stink because a “train full of Goopers slammed into a dump truck.”

Tasini was an avid supporter of Socialist (Communist) Bernie Sanders, who refused to stand with those on the senate floor during the SOTU address when a statement about the American Flag was spoken by President Donald Trump, resulting in a burst of applause bringing the audience to their feet.

Bernie Sanders with a sour face remained sitting defiantly. No surprise as Commie Bernie took his wife to Russia for his honeymoon.

At another point in President Trump’s speech, the audience began shouting, “USA, USA, USA.”  This was too much for Democrat Representative Louis Gutierrez who jumped out of his seat, into the aisle and dramatically stalked out of the chambers. The Dem-wits hate the USA.

Other Democrats mocked the train wreck by stating this was ‘Karma” coming back to bite the Republicans in the butt. But how about the garbage truck driver who died when his truck was smashed to pieces?

Even Stephen King,the horror book author jumped on the Karma train to say the wreck which tossed about GOP members was ‘payback.’ It is time to boycott his sick books. Yes sick. A depraved mind would have been necessary to create his books.  And King looks like one of the horror characters in those books.

Here’s an example of why this writer does not like Stephen King. I did a funeral for a teenager in Northern California who committed suicide after reading one of king’s books. That guy is a freak.

And let it be mentioned that everybody on that train was thrown out of their seats to the floor receiving bruises and cuts. IMMEDIATELY four of the congressmen who were doctors went to work treating those who were injured.

Some people object to my comments against democrats since it is not becoming to the Reverend title before my name, say they, and I must not be a real minister. Really!

Gather around: I am indeed a devoted minister of the gospel. I am also appointed to be a “defender of the faith.” Get that? So when democrats slam the churches, Christians, and belief in Jesus, I must step in and call them out.

The head if the Democratic Party is Communist George Soros who has funded over 100 militant organizations to put the Communist Democrats in power. Soros wants to sit on a throne as the Potentate of The World…a world run by Communist Dictators.

America is the only country that he cannot rope in. Why? Because of the number of Christians and churches in America. A Christian mind cannot be enslaved. That is what is necessary for the Reds to prevail.

Having spend time behind the Iron Curtain in my younger years, I saw first hand what life is like in a Communist Country. It is horrible. If space allowed, I would tell you what that was like.

We are very close to that since I know the exact plans they have. Briefly due to space restraints, one tactic is to sabotage our power, meaning electricity, our water, the dams. Everything would stop.

They have already had rehearsals to see if they can hack our power sources…in Europe and in the U.S. When that happens officially, when everything is in the dark, there will be a knock at your door and your neighborhood Block Captain will hand you a paper and say, “Here are your orders.”

The democrats will be the ones visible throughout his horror. So yes, as a minister, chaplain and defender of the faith, I will not fail to address the enemies of our country and expose them. it is my duty to do so.

And oh yes, if that should happen, I will see those same democrats whining and screaming at their new living conditions.

The photo of Nancy Pelosi was taken at the State of the union Address. And what about that strange look on her face?  Her upper plate had come loose and she was trying to get it back up with her tongue, since it would have looked awkward if she would have plunger her hands into her mouth to deal with that stiff upper place.

A reader commented on the photo of Pelosi in this story:

I hope Pelosi’s mortician does a better job on her makeup next time she is on display.

Our sincere thanks to the Einstein Woman, Liza Hart, for alerting us to the train crash shortly after it happened.