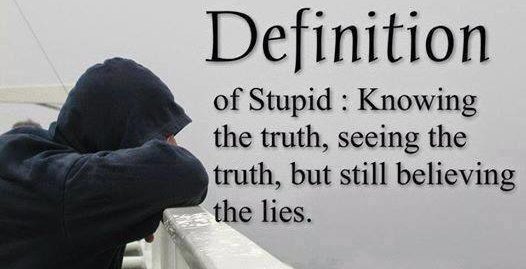 “THIS IS THE END OF LIFE AS WE KNOW IT!  REPUBLICAN FASCISTS HAVE ESTABLISHED THEIR TYRANNY OVER AMERICA!” – Liberal idiot.

Democrats have been waging war on America, the Constitution, and the American patriot for the last eight years.  Actually, it has been for the last century, but only with the election of a racist America-hating Moslem to the presidency did that war truly come out in the open.  The Democrats vs. Republicans has never been about two different ways to make America work toward the goal of being greater.  Democrats have always been the party of totalitarian rule that has had the media providing the socialist smoke screen claiming they are the party of the people.

The Left recognizes no authority other than themselves

Republicans have a severe character flaw that could prove fatal in believing they must fight fair, while Democrats have no problem waging a dirty war.  Before being removed from the majority in the Senate in 2003, they set up the court filibuster rule for the first time in history to hobble Bush from making appointees whom the Democrats do not approve.  In 2013 they removed that rule for themselves so the Republican minority couldn’t stop Obama from packing the lower courts with leftist activists leaving only the Supreme Court.  The result of that is seen in courts ruling that President Trump cannot pass EOs to ban unwanted immigrants despite having absolute authority to do so.  Removing the Democrat filibuster for the Supreme Court is returning the Senate to pre-Harry Reid (D-NV) rules.  Schumer (D-NY), who had no problem working with Reid to impose those rules on Republicans and sweep them aside for Democrats, now seeks to dupe the unwitting young liberals who don’t know any better into believing Republicans are tearing down Senate authority for a tyrant.

Leftists have gone insane in their rage that is always called a derangement syndrome, but is actually the vicious blackness in their hearts.  As Greenfield asserts, they are not hypocrites, they are treasonous.  When they declare that Trump will cause the extinction of mankind they are not serious, but trying to incense their brainless followers to action much as Imams incite the followers of Muhammad to blow themselves up in order to kill others.  They strive to get their voters to the polls to vote for Democrat frauds to steal their own wealth away from them in order to fight Republicans whom they have been told want to steal their wealth away from them.  It is the sickness of the dysfunctional liberal mentality.

Enough is enough!  Democrats bullying GOP to recuse, it’s time to fight back!

Children who are not taught morality so they learn defenses against evil always fall easy victim to being fooled by the wicked.  They stand up on college campuses to shout down conservatives and declare themselves for free speech.  They riot and attempt to burn down the school library and declare themselves for freedom.  How easy it has been for Democrats to dupe them into believing they are not the fascists, but fight against fascism.  College is supposed to educate, but America’s educational system has been corrupted by Democrats to indoctrinate.  The fine line between punishment for bad actions and violence against free thinking is dulled in the liberal mentality.  They do not learn morality but are taught to reject it.  That is why they stop free speech with fascist violence and are so deluded they believe their own lies that they are fighting fascism.

Liberals will not listen to the truth.  Liberalism cannot stand up to logic because their arguments leave them exposed to the truth – that as socialists they are fascist descendants of Communism, Nazism, Islamism, and Fascists of every breed.  They are the minority and that’s why they must win by stealthy lies, misdirection, and misinformation because they cannot win against free peoples by force.  That’s why the Right must shout the truth from the rooftops and stand against them in all things.  The Right wins, not by silencing the truth as the Left must, but by exposing it.  The Left does not see Islamists, Communists, or socialists as the enemy, but claim the Right is their enemy.  They are confused about the true paradigm of political life and believe their overseers that the far left is Communist and the far right is Nazis, when they truth is they are one in the same and both are leftist ideologies.  They do not recognize the right of a Republican victory by election to run the country.  They seek only to impose their own will on all the people.  Their voter fraud machine failed to win in key battleground states, but that won’t stop them from keeping President Trump from making America great again and continue their deconstruction until they can finally destroy the Constitution and remake America in their image.

Obama exposed in collusion with media to cover-up crimes

Patriotic Democrats do not exist even in myth

Lessons from ‘Arrow’ for Washington and America

Getting Burned Out on Eternal Liberal Rage