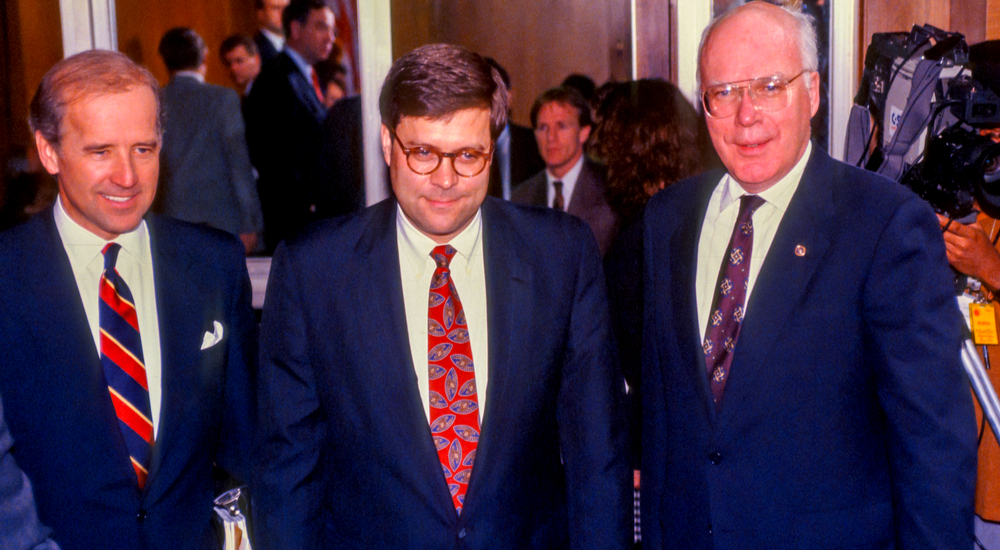 Once upon a time, current Attorney General Bill Barr was a highly respected (0n both sides of the aisle) Washington politico.

He served as Attorney General back in the ’90s and he’s well-known and well-liked by both Republicans and Democrats alike.

Sadly, now that he works for President Donald Trump… everyone is pretending that he’s some kind of hack. This couldn’t be further from the truth. Barr has, thus far, operated with the utmost care, diligence, and respect for his position. He has been more transparent with the process than he’s needed to be and he’s been quite open with Congress and the American people.

Kellyanne Conway was recently seething about the way he’s been treated by the Democrats:

He is certainly testifying to the Senate, so it’s not like he’s afraid to answer questions under oath. But the harassment of Bill Barr and the disrespect is completely disgraceful to this man who spent his career in public service and in private law practice. No less of a soul than Joe Biden voted for Bill Barr’s confirmation for Attorney General the first time around. And I think people are just mad at Bob Mueller and his investigators for not getting the President in an interview, for shutting down the investigation before those who felt like they should produce the goods got it.

So they’re taking this out on Bill Barr, but I’ll leave it to him. I think it’s outrageous, the way they want to play the system. And let me just say this about Jerry Nadler. I just read an interview in the last few minutes where he is saying they can arrest people or fine them up to $20,000 a day for not complying with subpoenas to appear.

Are we actually going to do that with Chuck and Nancy coming over to talk about infrastructure? Are we actually dangling arrests of innocent citizens for not complying with subpoenas? I think Congress needs to calm down a little bit on this.