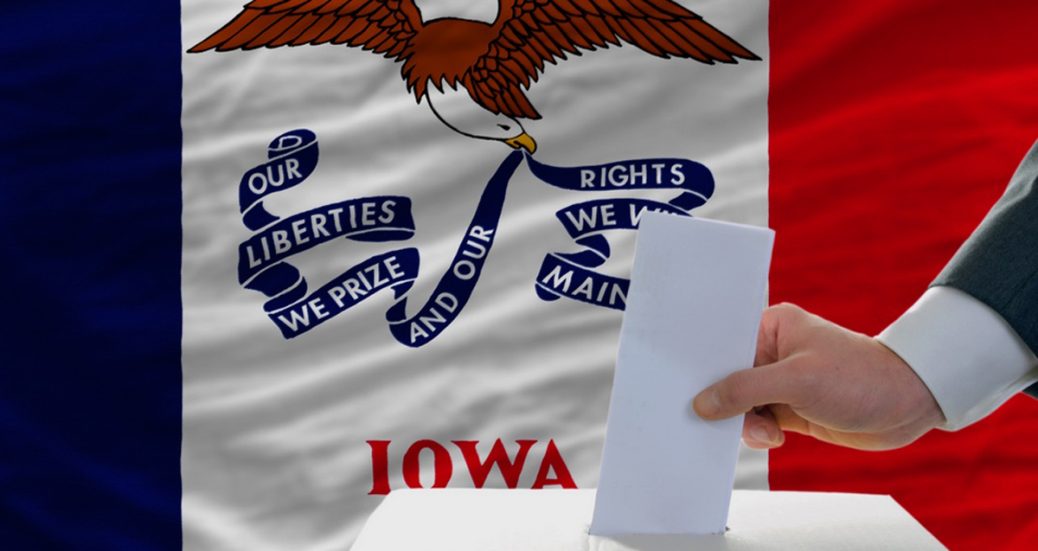 Continuing to push its racist, anti-white agenda, the Democrat Party is poised to remove Iowa as the first state to cast its primary votes because the state is “too white.”

Iowa has held is strange little caucus voting system as the first major primary contest for Democrats each presidential campaign season since 1976 when Iowa Democrats propelled Jimmy Carter to the top of the Democrat ticket.

But it looks like the Democrat National Committee is going to strip Iowa of that honor because of raaaaacism.

But many rules committee members privately said that the party is leaning toward either New Hampshire or Nevada going first, or perhaps on the same day. They all requested anonymity to more freely detail discussions that remain ongoing.

South Carolina, with its large bloc of Black Democrats, may move from fourth to third, freeing up a large Midwestern state to go next. Michigan and Minnesota are making strong cases, but both can’t move their primary dates without legislative approval, requiring support from Republicans.

If the committee adds a fifth early slot, that could go to Iowa to soften the blow.

And if Iowa flips the DNC the bird and refuses to reschedule its primary caucus?

There will be consequences:

Those pushing for more diverse states to leadoff say Democrats can impose sanctions to prevent such jockeying this time.

Non-white voters made up 26% of all voters and supported Joe Biden over Donald Trump by a nearly 3-to-1 margin in the 2020 presidential election, according to AP VoteCast, a nationwide survey of the electorate. Nonwhite voters accounted for 38% of Democratic voters then.

By contrast, 91% of 2020 Iowa Democratic caucus goers were white and 94% of New Hampshire primary voters were, according to VoteCast surveys.

Well, there you have it.

Granted, the Iowa caucuses are not set in stone anywhere, but the “white supremacy” angle is just another example of the wokeness running the left these days.