Democrats Need to Find a Message 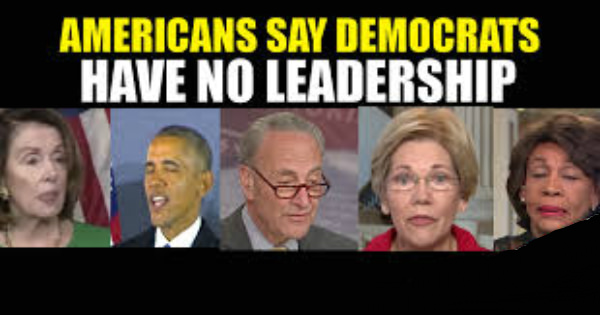 I love it! I listen to Democrat party leaders, spokespersons and pundits commenting on their own organization. I read newspaper articles and blog postings from all avenues of the political spectrum. Honestly, I spend much my leisure time with FOX, but often take in the challenging viewpoints of CNN, MSNBC and the three old and tired broadcast stations. Occasionally, I listen to talk radio. It matters naught what is on or who is speaking, the theme continues to be that the Democrat party needs to find a message the American public cares about. Republican and Democrat pundits reiterate the same thing, “the Democrats need a message”.

Wow! That tells me everything I need to know about the party whose members describe it as “the oldest voter-based political party in the world”. They’re lost. They have nothing too offer; they need a message. They have no cohesive direction or thoughts regarding what is right for you or the country. They have no convictions to share before any election. They don’t even care, they just need to find a message, then they might work on the rest.  Perhaps they’ll just promote the new message without regard for carrying it out.

Shouldn’t it be the other way around? Shouldn’t a political party or politician start with a reason for being, then work on achieving that objective? Wouldn’t it be nice to find a person or party that has defined a goal for the nation that they can proudly announce and run on? And then, of course, follow through to accomplish the stated goal.

Politicians today, on both sides of the aisle, are so consumed with winning elections; so oriented on planting their butt into a seat of power that they must manufacture a cause. It doesn’t matter how ridiculous or meaningless it is, as long as it resonates with their constituents. Identify a heartwarming cause. Coin a slogan. Promise the minions anything but get into that prestigious and enviable position.  Then you can relax, forget the promises and chug along with the daily flow. Spend ¾ of your time campaigning for the next election to maintain your new job. Stop by the chamber and cast a vote or two occasionally (you need not spend any time reading bills, just ask the veterans within your party how they think you should vote). Then go out and raise some more money for the DNC and yourself.

You can bet that as soon as the Democrats find a message they will use it to raise funds to get someone elected. Once defined, the media will carry that message on every front page as a headline and every cable and broadcast program until it becomes believable. Those public indoctrinated educated idiots won’t understand that they are entrapping themselves into subservience to the elite as they lap up the free kool-aid.

Watch out! They will find that repeatable jingle or phrase. Once they do, it is all you will hear until the next round of votes are in. It will obsolete “Make America Great Again”. When you hear it enough, fake news is the truth. No matter what the audible surface words are, you can bet the subliminal message is “Put Democrats in Power. Despotism and Socialism is what you really want”.

Your income will drop.  Your taxes will rise.  Your rights will be legislated away.  The national debt will grow.  Then, the only difference between the U.S. and Venezuela will be the primary language.