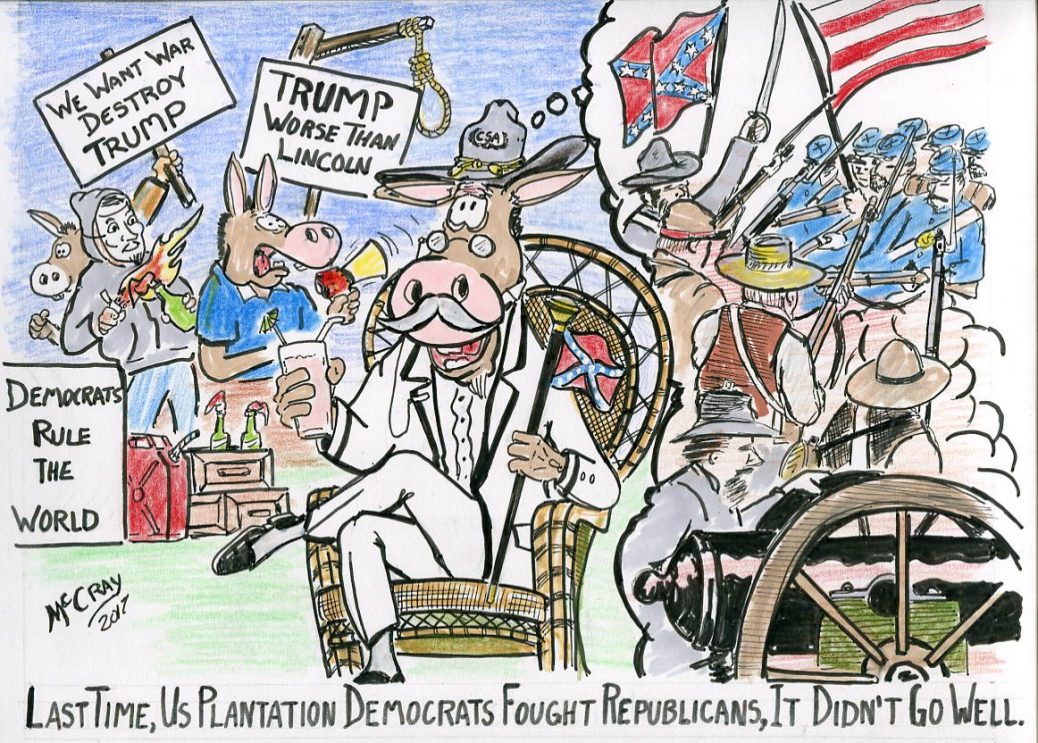 We have been down this road before, the Plantation Owning and Upper Society Democrats, dragged the south into a Civil War ( 1861-1865 ) to preserve their ownership of Slaves.  Now that their effort to enslave the population under a One Party Rule has been derailed by Donald Trump, they now want War.  The Real Socialist that have been hiding under the Banner of the Democrat Party are revealing themselves in their calls to Resist and Overthrow President Trump.  Since Donald Trump is the Head of the Federal Government, any attempt to remove him from office by many of the radical means offered, is an act of Treason, the so called Democrats might want to review the laws that govern acts of sedition, rebelling against the nation.

With that in mind, one question persist, just who are the Democrats going to use for an Army, possibly the United Nations, or maybe a bunch of Snow Flakes lead by their Professors, I can guarantee they will be looking for fresh diapers and a safe place.