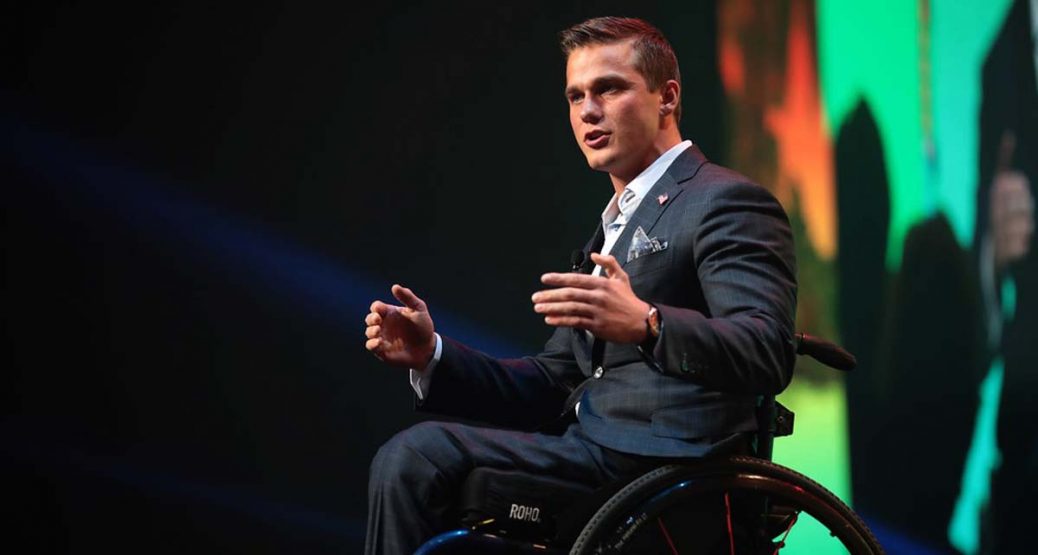 The Democrats’ plan for 2022 is to launch efforts to disqualify every Republican from office ahead of the midterms and they have launched their first strike by trying to disqualify Madison Cawthorn from running for re-election in North Carolina.

A group of 11 North Carolina Democrats have filed a legal challenge to force the State Board of Elections to force a sitting Republican congressman off the ballot because they claim he is an “insurrectionist” for being a Trump supporter.

This is all BS, of course. It is just the newest fascist scheme of the Democrat’s to destroy democracy and cancel the Republican Party.

Lawyers for the 11 voters filed the suit to the State Board of Elections, contending that Cawthorn’s comments in the speech shortly preceding the insurrection violate the 14th Amendment, which states in part that no person “who, having previously taken an oath, as a member of Congress … to support the Constitution of the United States, shall have engaged in insurrection or rebellion against the same.”

The suit goes on to claim that the mob that stormed the Capitol last year in an unsuccessful attempt to halt the certification of the 2020 presidential race results “amounted to an insurrection.”

“As set forth in our complaint, the publicly available evidence, including Representative Cawthorn’s own statements and reports that he or his office coordinated with the January 6 organizers, establish reasonable suspicion that Representative Cawthorn aided the insurrection, thereby disqualifying him from federal office. We look forward to asking him about his involvement under oath,” said Ron Fein, legal director of Free Speech For People.

“Claiming to be fighting a battle for our Constitution, Cawthorn has engaged in blatant acts of insurrection,” added John Wallace, another lawyer who filed the suit. “He must be held accountable for his actions which have threatened our democracy. Wisely, the Constitution provides a remedy for our protection. We seek here the imposition of that remedy.”

Cawthorn was elected to Congress in 2020 and the Democrats are desperate to destroy him.

Their plan is to work this gambit all across the country. They intend to brand every single Republican an “insurrectionist” and try to get them canceled from being elected.