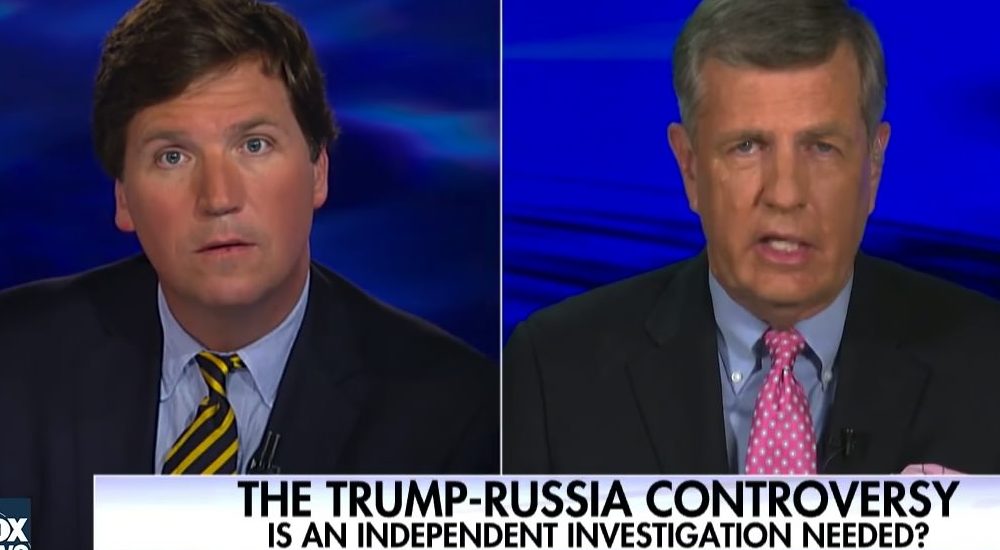 Fox News’ Tucker Carlson and Brit Hume recently discussed the Russia-Trump story and wondered if the Democrats really believe that Trump might have colluded with the Russians… or if they just wished he had. There have been several ongoing investigations into the matter for the last few months and there has yet to be any evidence discovered, leaked, or even rumored. The Russia story is the biggest “nothingburger” in the history of “trumped” up scandals.

Watch as Carlson and Hume explain:

Tucker Carlson: Republicans couldn’t understand how anyone could have voted for Bill Clinton. They just couldn’t make sense of it at all. And so all these theories arose about running drugs in and out of Mena airport or killing people. Rather than just addressing it directly that he had a message they may disagree with but was resonate with voters. I think the Democrats still don’t understand why Trump won and so they’ve made up this incredibly elaborate explanation with Russia that is psychologically satisfying but maybe not politically helpful longterm.

Brit Hume: I’m not sure how deeply they believe it but they’d love it to be true, Tucker, because they believe based on things apart from this that Donald Trump is basically an illegitimate president — a man who has no qualifications for the job, is an extricable person, and should not be the president. And they are afraid that he will have the presidency for four years and roll back their agenda and he’ll cause all kinds of problems, and they can’t stand the guy and if it can be shown that he colluded with Russia to get elected, well that would undermine his presidency almost totally. That is what they are going for and that in my view their side of it is what this is all about.