Democrats Fight the Noble Cause of Saving the Planet 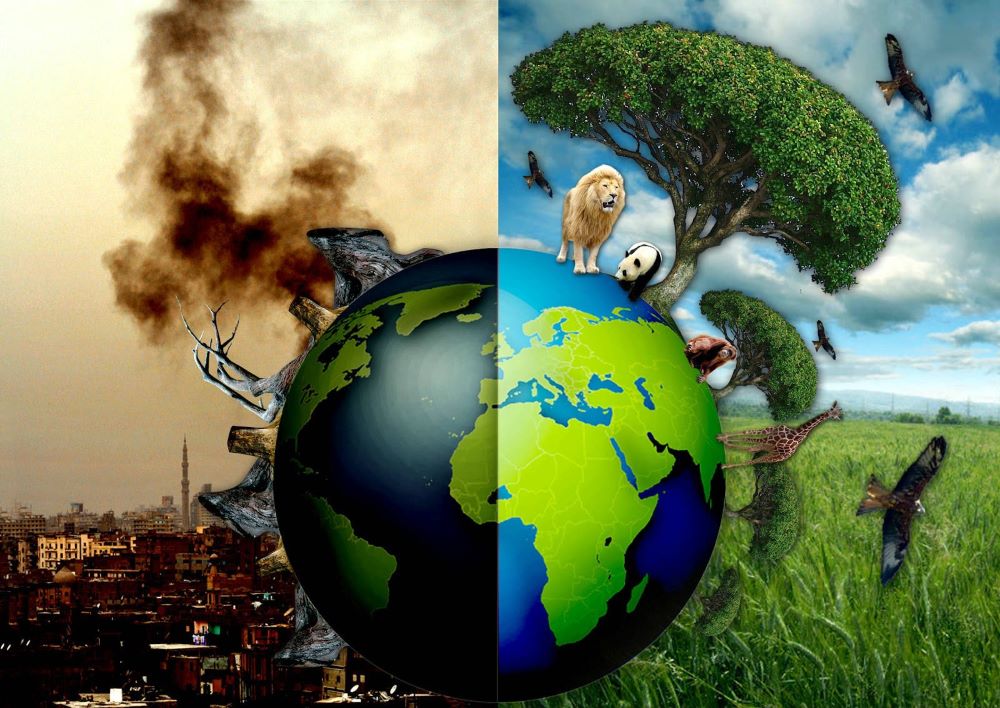 America can thank the nobility of Democrats for taking up the mantle of fighting to save the planet from a rich white man’s racist industries!  Can there be any more godly cause than this?  AOC, quickly becoming the leader of the DNC, has said that “climate change is the greatest existential threat we face.  It’s our World War Two.”  The left is going to save us all, save humanity, and save the world from the evil of racist white man’s CO2 pollution before all life on planet Earth dies!  Their plan is simplicity itself – do away with all fossil fuels and anything that generates CO2 emissions or “greenhouse gases” like methane.  No more cars, train, ships, or planes.  No more cow farts or whale poop.  Everything is to run only on wind-powered sails and solar-powered electricity.

Can you say shades of the 18th century?  People must ride bicycles or use cars powered by solar panels.  The horse and buggy could make a comeback but then we might have to contend with horse farts.  The same for ships which must use sails or solar-powered generators.  Solar power is so 21st century compared to sails of the past, but solar power only generates about 1% of the electric power needed to move an automobile.  Ships and planes forget.  Planes would be grounded, and ships would shrink in size to the sailing ships of yore.  Oh, no, no steam engines or steamer ships because they burn wood or coal, too, you ignoramus!  International trade and travel would become a thing of the past.  Thank God for the Democrats realizing the Americans must live like ‘Little House on the Prairie’ in order to save the planet!

Republican Senate Majority Leader Mitch McConnell called for a vote on the Green New Deal of AOC.  Stunningly, Democrats lambasted him as “attempting to sabotage their supremely vital initiative.”  How is bringing this to a vote in public “sabotage?”  If anything, they should be grateful for the opportunity to show America and the world where they truly stand on saving God’s creation.  Oh, but wait.  They don’t believe in God, so they’re just trying to save their own skins.  Oh, wait again.  They don’t believe in this epic fantasy of global warming they’ve invented to dupe the gullible children of liberalism.  They’re just doing this to part fools from their money by taking advantage of bullheaded youths stuck in the gully of victimhood and helplessness.  (My guess is half of them won’t understand the analogy, and half of them won’t understand what analogy means.)

Of course, to criticize Democrat’s climate crisis is to be a “racist science denier” living in the 14th century calling their scientists “witches.”  It’s also racist because it doesn’t take into account that brown people will be hurt most by climate change.  You have to wonder – at what point does the light click on?  What does it take before those who have been so completely and utterly duped realize they are just a bunch of suckers?  What has to happen before liberals get educated and understand that the goal of the left is not saving anything except their own ability to steal wealth?  What McConnell has done here is truly Trumpian in making Democrats eat crow.  Perhaps there is hope for the Republican Party after all if Mitch “The Turtle” McConnell can come out of his shell snapping!

It should be blindingly obvious to anyone with a thinking brain that their goal is not saving the world from mankind.  Their goal is to bring down the United States, destroy her economy as Venezuela’s was destroyed, suck up all the wealth with empty promises, and make Americans less than debt slaves as Obama did.  They would make all Americans peasants to their stations as the nobles.  Progressives have proven that they are Regressives.  Meanwhile, Communist China would continue using all available fuels to become the economic superpower on the planet.  The galactic stupidity of believing that man can change the planet’s climate is only compounded by the colossal ignorance of liberals in believing that they know more science than adults.  Clearly, the miseducation by leftist indoctrinators has caused their brains to wither rather than expand.

The Turtle Tweaks the Left with Green New Deal Vote

The Green New Deal – How Liberal Science Will Save the Planet