Democrats and Media ‘Move the Goalposts’ on Trump 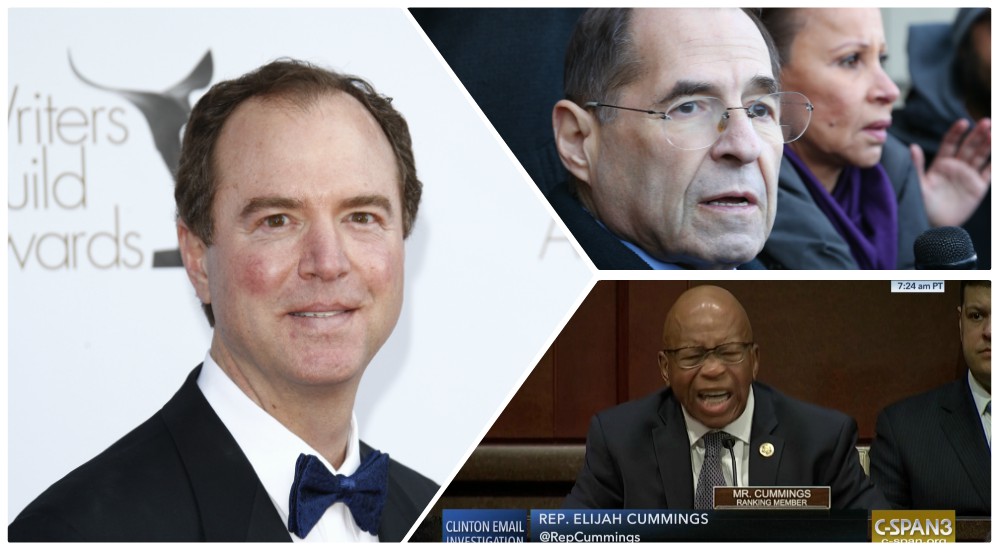 I don’t need to tell you this – but the Democrats and their friends in the media don’t play fair.

They never have, they never will.

Now ask yourself, if any of this had happened to a Republican… would the media have let it go?

So the media and the Democrats don’t play fair. They’re proving it again by shifting the goalposts on President Trump – again.

When you accuse a man of treason and he’s found not guilty, that should be the end of it. I was shocked to find that both Mueller in his attempt to prove some sort of obstruction or potential interference came up short and didn’t even give credit that this president has been more than transparent… He allowed his counsel there, amazing access. Everything they know that they are saying are elements of his objections, they only know those because unlike President Bush or President Obama, he allowed this information to come out and claimed no privilege…

The continued investigations by Congress are in fact a coverup of the initial wrongdoing, and that is what Jerry Nadler, Elijah Cummings, and Adam Schiff are doing. Remember, Schiff claimed he had the goods for this criminal activity, but now that the special prosecutor has said it’s not there, suddenly he’s not willing to show us or talk any longer about how he knew the president was guilty of treason. Collusion is a nice word that was made up for this — the president was accused of treason, was found just the opposite, that he was falsely accused, and now the accusers want to go on to if he is not guilty of this, he must be guilty of something…

They played the odds. Most special prosecutors get something, and I think they thought there was a 90% chance that he’d find something, and then when it came up short they were caught flat-footed. Completely zero. And that’s the reason, having tried the president for treason and found not guilty, they now want to get him for shoplifting and execute him anyway.