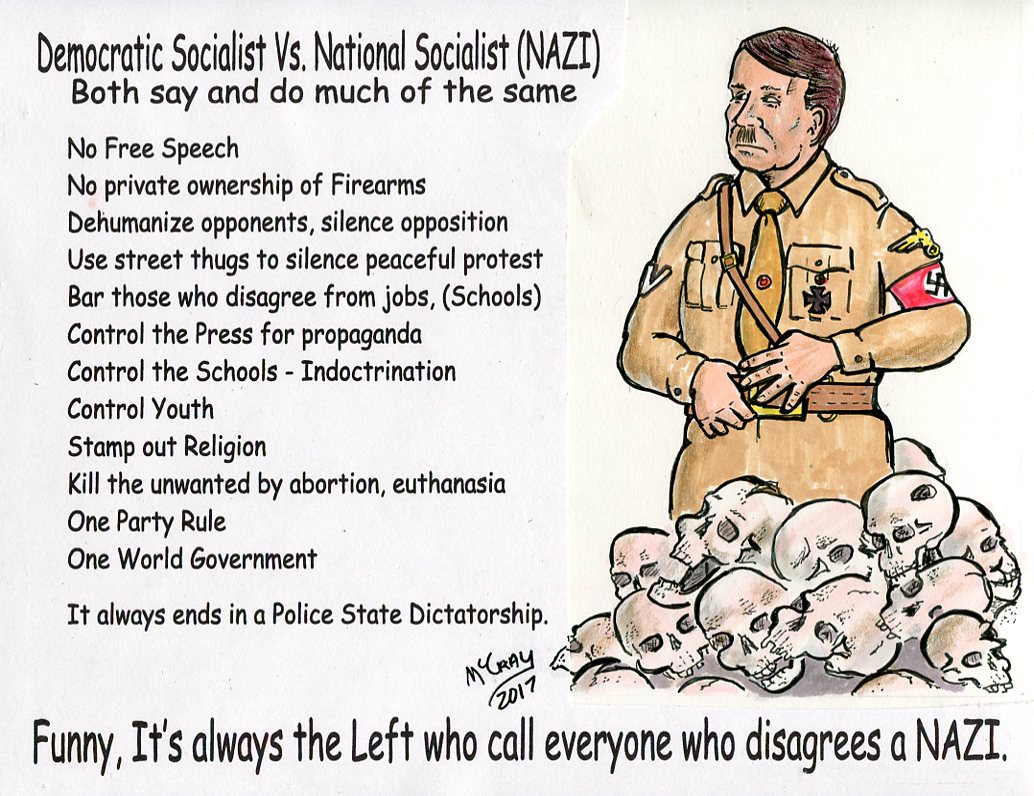 In comparing the two, one needs to remember they both are really the same.  They offer the same pie in the sky benefits, but they always end up as police state dictatorships.  One of the left’s most celebrated backer is George Soros, who is an admitted collaborator of the NAZI’s during World War II where he betrayed his own people.  Later he became stance socialist under the Russian rule of Hungary, the fact that Democrats admire Soros, tells you all you need to know about them, they are no longer the Democratic Party of John F Kennedy and Harry Truman.