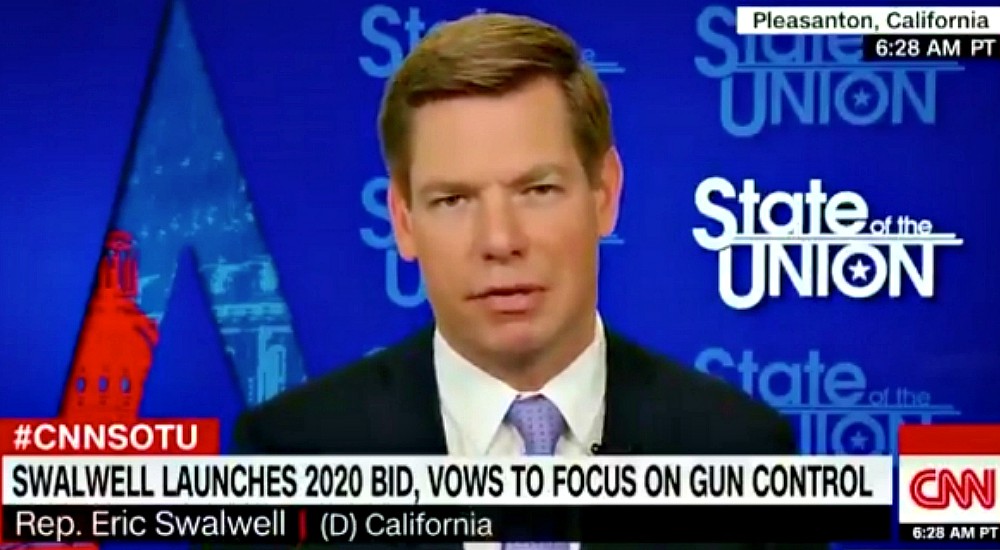 There is some room to be charitable to Rep. Eric Swalwell (D-CA) here, but why? He’s never been charitable to his political opponents, so why should we?

The reality is that our Supreme Court has generally agreed with him, that the right to gun ownership is NOT absolute. However, our Founders did not agree with either Swalwell or the Courts. When the 2nd Amendment was codified, it’s authors did believe that the average citizen had every right to the same military hardware that was available to the government. Why? Because the Founders believed that the average citizen may one day need to wield those weapons against their own government if it grew too corrupt.

Also, Swalwell argues here that Americans are not allowed to own “tanks.” We can own tanks, and some Americans do. A more apt analogy might be a nuclear weapon. The average citizen is NOT allowed to own a nuke… but why should we expect Swalwell to be “factually accurate” about this issue? He’s only interested in demagoguing gun owners.

Watch and you’ll see what I mean:

“he Second Amendment is not an absolute right. Just like free speech, you can’t shout fire in a theater or lie about the products you are selling. You can’t own a bazooka. You can’t own a tank. You cant own rocket-propelled grenades. We should put some limits in place, and I think the American people are with me. I’m no longer intimidated by the NRA.”

Tapper didn’t really hold Swalwell’s feet to the fire on his ridiculous anti-gun claims, but there was at least one moment where Tapper made the fascist Californian sweat.

Great question. Sadly, he then let Swalwell off the hook with this ridiculous, nonsense response.

Yea, the firearms that Tapper just reminded you don’t actually account for any crime. So, Swalwell just proved Tapper (and Trump’s) point for him.

2020 Democratic presidential candidate @RepSwalwell vows to focus on gun control: “It’s not just the violence that they’ve caused, it’s the fear, the immeasurable fear that our children live in because they’re still on our streets. I want to get rid of that fear.” #CNNSOTU pic.twitter.com/mZfJVHh4Dq