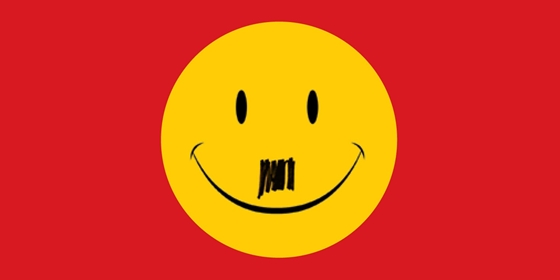 Democrats are waging WAR on the Republican Party and the people of the United States by undermining the President to subvert the government and foment a coup to overthrow Trump.  Anyone who stands against their agenda to make America into their socialist banana republic toilet is being systematically destroyed through government and legal corruption.  The party of slavery, the KKK, Jim Crowe laws, oppression, kingmakers, importing foreign invaders, deep state corruption, and duping fools through their MSM propaganda ministers is destroying Trump people through their corruption of the legal system.  Their intention is to destroy Trump for standing up against their power in Washington and terrorize anyone who would attempt to do so again.

THIS CANNOT BE ALLOWED TO STAND, LET ALONE SUCCEED!  Democrats want to make themselves the all-powerful monarchs of America and they must not be permitted to do so.  They are financially destroying innocent people for supporting the presidency of Donald Trump.  President Trump is undoing a decade of Democrat damage and the American economy is surging because of it despite Obama trying to take credit for it.  Now he and his people, plus all who voted for him, are under fire from leftist Democrats using every lie and subterfuge in their arsenal to destroy us.  The leftists, socialists, communists, Nazis, Islamists, fascists, imperialists, mass deceivers, and devil worshippers of the Democrat Party cannot be permitted to continue persecuting and destroying patriotic Americans!  This is a war of subversion to overthrow the rightfully elected President of the United States and the subversives are winning!  Like Obama’s AG Holder, who was held in Contempt of Congress for refusing to provide records of his illegal Fast & Furious arms deals with Mexican drug lords, Obama’s inside man, Rosenstein, is refusing to provide Congress with records for Mueller’s case against Trump and the FISA Warrant that Obama used to illegally spy on Trump during the campaign.  This isn’t just a case of violating the law.  This is the Attorney General’s office violating the Constitution by committing TREASON!  America’s Civil War II is taking place right under our noses and is being fought with lies, propaganda, and false premises by the Democrats and their media sycophants intent on deluding the public and duping them into voting Democrat once again.  Only the galactically stupid would vote for Democrats to retake control of the country, abolish tax cuts, destroy jobs, import more cheap labor to vote illegally, and overthrow America.  But the election of Obama for two terms despite all the damage he did while pretending to be a spectator only proves that half the country can be convinced to do just that.

You know if Democrats are willing to do all of this deception, corrupting the legal system, attacking Republicans, and infiltrating the country with invaders, that these terrorist gangsters would be more than willing to threaten to and actually murder the families of Republicans, which is why so many Republicans may be fleeing office.