Democrat Leaders Cater To Their ‘Voters’ 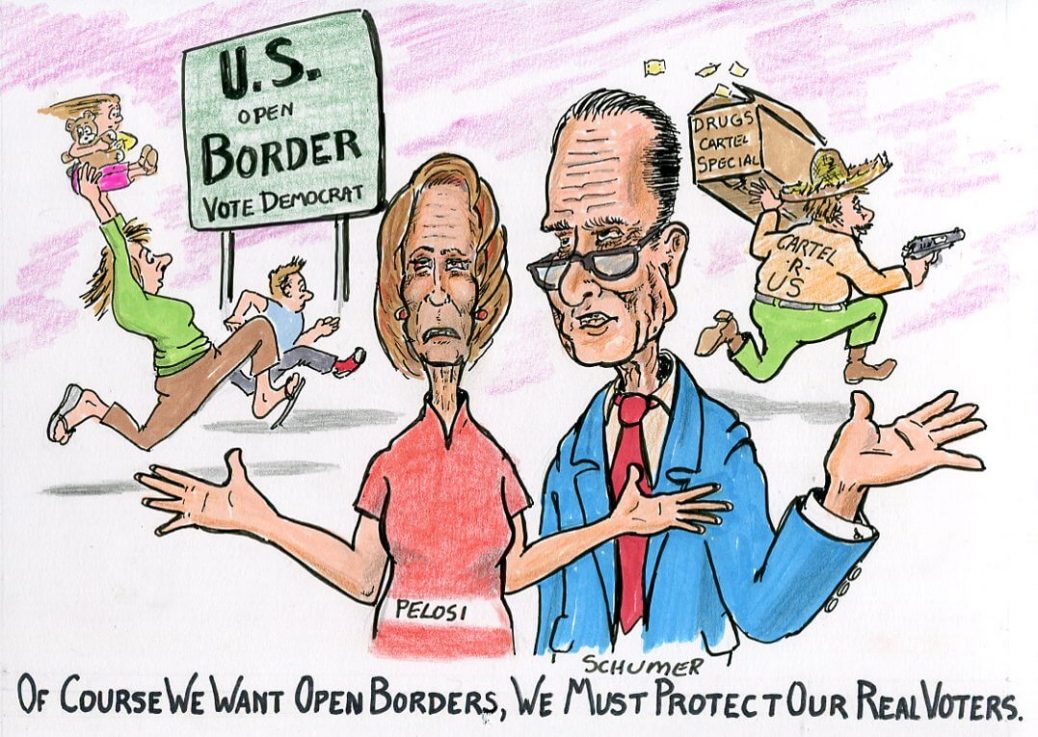 Real Democrats are confused, their leadership have turned their backs on the real traditional Democrats, the entire focus of the so-called Democrat Party has been on Illegal Aliens.

The Socialist that now run the so-called Democrat Party have nothing to run on.  Their issues to date are, they hate Donald Trump, they hate middle America, they are against Tax Cuts, they’re against anything that benefits and improve life in this Country.

The only thing they have is promoting Illegal Aliens as their main cause, and focus on making them voters in upcoming elections.   They are in a complete panic which is evident in the bizarre behavior of Democrats in California in their efforts to protect Illegal Aliens.  Even the vocal DACA crowd have seen the light and realize that they have been used by the so-called Democrat Party as nothing more than a drum to beat and a reason to make noise.

The so-called Democrat Party is fractured with the extreme left in control, you can expect the cat calls and insulting accusations to get louder and more shrill as they lose their grip.