DNC chairman Tom Perez has a message for “pro-life” Democrats – change your minds or get out.

Democratic National Committee chairman Tom Perez became the first head of the party to demand ideological purity on abortion rights, promising Friday to support only Democratic candidates who back a woman’s right to choose.

“Every Democrat, like every American, should support a woman’s right to make her own choices about her body and her health,” Perez said in a statement. “That is not negotiable and should not change city by city or state by state.”

“At a time when women’s rights are under assault from the White House, the Republican Congress, and in states across the country,” he added, “we must speak up for this principle as loudly as ever and with one voice.”

Perez made the comments after he chose to endorse Democrat Heath Mello (who is pro-life) as the next mayor of Omaha, Nebraska. The DNC’s support of Mello angered liberal abortion supporters and so the DNC swung to the left and decided to demand that every pro-life Democrat now support murder of babies or be cast out. On Sunday morning another Democrat leader, Senator Dick Durbin (D-IL) agreed with Perez saying, “As long as they are prepared to back the law, Roe vs. Wade, prepared to back women’s rights as we’ve defined them under the law, then I think they can be part of the party.”

Finally on Sunday morning, House minority leader Nancy Pelois (D-CA) argued that you COULD be pro-life and a Democrat… but that would make you negative and mean that you hate women. At least that’s what it sounded like to me…

“Of course” you can be a pro-life Democrat, Pelosi argued. “I’ve served in the House with many members who did not share my very positive, aggressive position on promoting a woman’s right to choose.“

So you can be pro-life but then you couldn’t be “very positive” and it would mean that you are against women’s rights.

The truth is very simple folks – you cannot be pro-life and a Democrat. You can say you are pro-life, while voting Democrat but your vote proves what you’ve said wrong. Why? Because the Democrat Party will continue to push further and further left on the abortion issue. Think of it, Hillary Clinton was a supposed “mainstream” Democrat and she supports a woman’s “right” to murder her child right up until the moment the baby escapes the birth canal. So does Nancy Pelosi, Tom Perez, Dick Durbin, Debbie Wasserman-Schultz, Bernie Sanders, and Barack Obama. In fact, Obama (and the others) have even fought against legislation that would force the doctors to help a child that is born alive during an abortion.

THEY HATE LIFE. And if you vote Democrat, so do you. 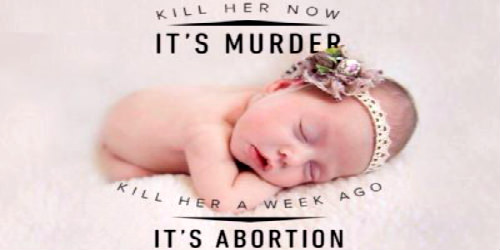 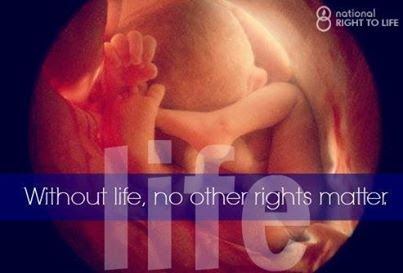