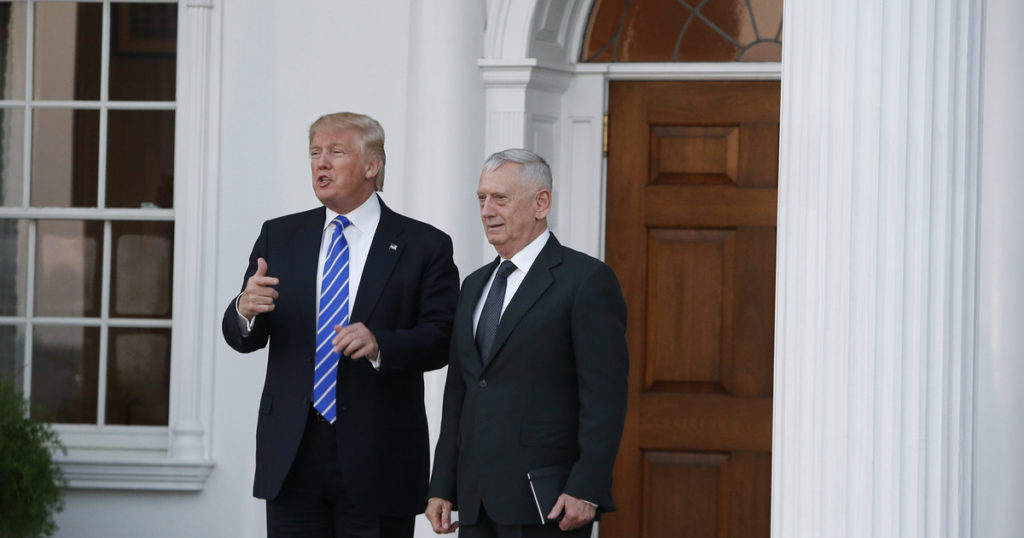 Not too long ago the American people were held captive to the Liberal mantra that because President Obama won the election he should be due his picks for his cabinet and agency heads without reservation. This mantra extended to nominees to the US Supreme Court as well. People like Nancy Pelosi and Chuck Schumer were beside themselves that Senate Republicans weren’t simply rubber-stamping Obama’s nominees.

Fast forward to 2016 and the song is upside-down. Today the buzz in the news and from the corners of Washington where propaganda is created and advanced has Democrats and Progressives “very concerned” about President-Elect Donald Trump’s cabinet and agency picks. They are specifically upset about the number of ex-military officers – Generals – being named. “We don’t want to have an extensive military influence on our government,” they say.

But this avenue of thinking is disenfranchising – or at least disenfranchising for a period of seven years – those who have served the American people in our country’s most important role: that of defender and freedom protector. Those they seek to bar from appointed office have actually put their lives on the line for our country; far more than any non-military service politician has ever done.

When the “War Department” was replaced by the Department of Defense in 1947 – in the aftermath of World War II, Congress added the restriction that no military officer could hold the post of Secretary of Defense until he or she had been retired for 7 years. They expanded this restriction to include presidential cabinet secretaries and agency heads as well. They did this in fear of an undue “military influence” on the civilian-run US federal government. As with everything politicians do, they built into that law a back door; the ability to issue waivers to their own rule, which they have used.

In recent administrations, this restriction has garnered little concern. The occasional waiver has been issued without much concern for any undue military influence on the federal government. But now that the status quo is threatened in Washington, DC – and on both sides of the aisle, the idea of just one too many military officers in positions like Secretary of Defense, Homeland Security, National Security Advisor or Director of National Intelligence is fodder for disingenuous politicians seeking relevance.

The idea that a military leader could go rogue with the Defense Department is an antiquated fear. The DoD is so intertwined with myriad agencies – and has so many civilians in its employ – that a military coup under a “Dr. Strangelove” scenario is the thing of over active imaginations and disingenuous politicians.

In fact, in today’s world – and with the capabilities and responsibilities of our military – a former General or Admiral is a more logical choice for the positions of Secretaries of Defense and Homeland Security, CIA, NSA and DNI positions and National Security advisors.

The Democrat and Progressive “concern” on this issue is completely political in nature. Their political party was publicly neutered and rejected; decimated and humiliated in the November elections, and they are struggling – desperately – to maintain a semblance of importance. What better way to pretend importance than to paint themselves the “loyal opposition”?

The three nominations that Donald Trump will place into contention that involve ex-military officers are solid picks to experience relevant positions. Each of these nominees has proved to be excellent in leadership, even when their orders deviated from their personal views.

Funny, no one has ever complained that there were ever too many lawyers or activists nominated for positions by presidents. President Obama nominated – without opposition – Iranian-born Valerie Jarrett to the position of Senior Advisor to the President, and seated – without Senate approval – a self-admitted Communist in Van Jones as Special Advisor for Green Jobs.

Given the incredible leeway the Washington elite have given Progressives, the nomination of former military leaders would appear to be, well, patriotic by comparison.