Democrat Corruption Emerges from Every Angle! 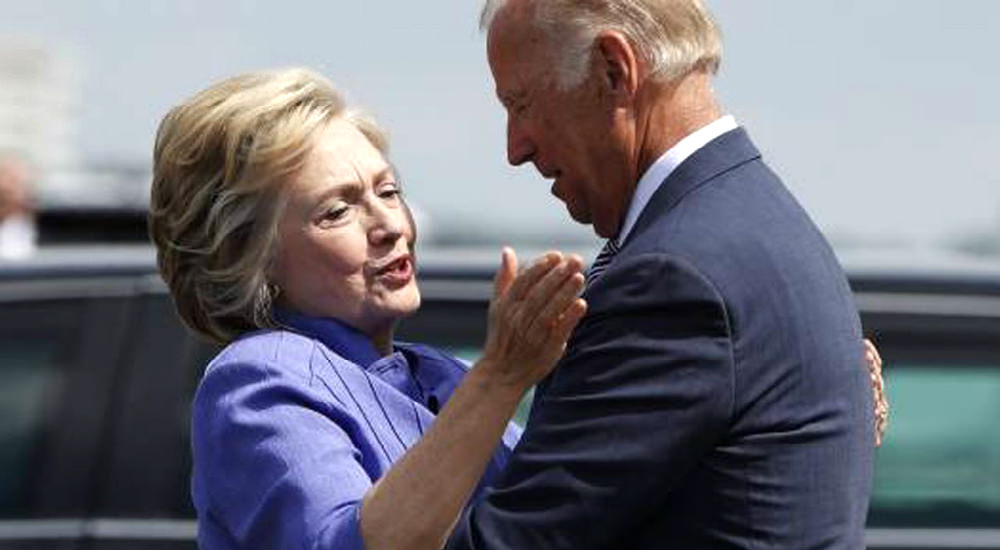 Recently, Vice President Joe Biden said Bill Clinton’s misconduct ‘shouldn’t matter’ in the context of the presidential race because he already ‘paid a price for it.’   ‘I can’t make any excuse for Bill Clinton’s conduct,’ Biden said in a Meet the Press clip.  ‘I wouldn’t attempt to make any excuses for the conduct. But he paid a price for it. He paid a price.’   Clinton was impeached, Biden said. ‘He expressed his deep sorrow and acknowledged what he did.’  It appears, then, that it’s alright to forgive and forget, if you’re a Democrat but if you’re a Republican it should stay with you forever.  How is that fair, or logical?

Back in August, the mainstream media was simply gushing about a political event… the recent election of a Somali-American Muslim in Minnesota, but some disturbing facts about this politician’s past have surfaced that could sound the death knell for her political career.   Ilhan Omar secured the nomination of the state’s Democrat Party to serve as the representative of House District 60B in the state legislature by coming in first in a three-way race that included 22-term incumbent Phyllis Kahn.   State and national media hailed Omar’s victory as “historic,” but other reports suggested that the victor had a past in marriage and immigration fraud.   Omar reportedly married Ahmed Hirsi, the father of her three children, in 2002, according to Power Line. However, that wasn’t her last marriage, as she allegedly married again in 2009, but this time to her own brother — Ahmen Nur Said Elmi.

The reports suggested that the marriage between Omar and her brother, a British citizen, was to assist his entry into the United States.   If true, Omar would be guilty of violating Minnesota’s laws against bigamy, which is defined in Minn. Stat. § 609.355 as “knowingly having a prior marriage that is not dissolved” while also “contracting a marriage in this state.”   This offense carries a punishment of up to five years in prison or a fine up to $10,000.   Bigamy, and incest, I would argue, are problematic enough alone, but if the reports are true, this newly nominated Democrat is also potentially guilty of fraudulently circumventing the immigration process.   Of course, the media focus on a person’s race, gender, religious affiliation or background and forget that they have a duty to be the “watchdogs” for things like political corruption.   Let’s forget about electing officials with integrity, honesty and respect for American laws; as long as they are “diverse” and “historic,” that’s all that matters … right?   The truth is that our elected leaders should be scrutinized regardless of skin color, gender, religion or other characteristic, and if they are unfit to serve this country or their state, the media should not blindly defend them just because they’re a member of an under-represented population.   A wise man once advised us to judge people based on the “content of their character.” We would be wise to heed those words, particularly during an election.

The Defense Department on June 21st,  announced it will now allow eligible civilian employees to partially retire while remaining on the job part-time to help better manage its workforce needs.   The decision by the government’s largest department to implement phased retirement – nearly four years after Congress passed a law allowing the practice could spur other agencies to roll out their own programs to take advantage of the flexibility. “Participation in the Phased Retirement Program is voluntary and requires the mutual consent of both the employee and an authorized DoD component official,” said the memorandum from Peter Levine, acting undersecretary of Defense for personnel and readiness. “DoD components may limit the number of employees included in the Phased Retirement Program, as appropriate.”   It’s the latest personnel-related change that the Pentagon has unveiled in recent months, as part of the department’s broader effort to recruit and retain civilian employees and service members.   According to the DoD memo, “retirement-eligible employees must have been employed on a full-time basis for at least a consecutive three-year period ending on the effective date of entry into phased retirement status.”   Specifically, phased retirement allows eligible feds to work 20 hours per week, receiving half their pay as well as half their retirement annuity. Those employees who enter phased retirement must devote at least 20 percent of their work time, or about 8 hours a pay period, to mentoring other employees, ideally for those who take over for them when they fully retire. The idea is to keep talented employees with valuable institutional knowledge on the job a little longer so they can train other workers, while they also enjoy a partial retirement.   The Commerce Department reportedly announced recently its plans to implement phased retirement. Other agencies currently offering the benefit to employees include the departments of Energy and Housing and Urban Development.

Like most plans that come out of Washington, this one is as clear as mud.  It would literally take a Washington lawyer to figure out what it’s doing, or supposed to be doing.   If the various agencies are supposed to be cutting down on their workforce, then let attrition do its job and don’t replace those that leave, for whatever reason.  If you’ve been living in a cave for the last 3 or 4 decades maybe you don’t know that government has grown to the point where it’s too cumbersome to be efficient.