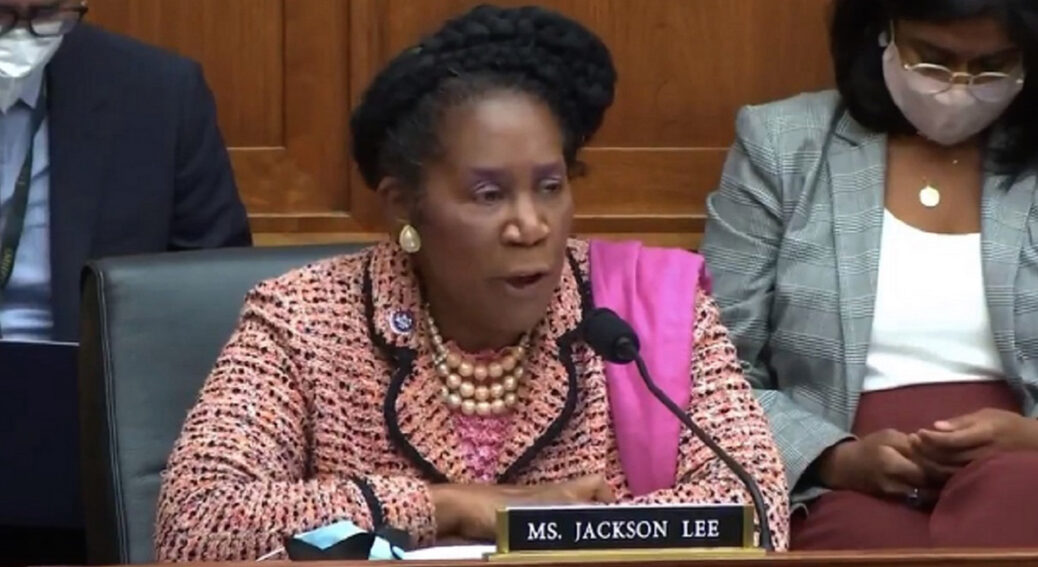 In yet another example of Democrats being fascist thought police and haters of free speech, Texas Democrat Rep. Sheila Jackson Lee has filed legislation to make it a federal crime for white people to criticize minorities.

Lee’s bill states that anyone who “vilifies” any non-white person on social media where it would be accessible by “persons who are predisposed to engaging in any action in furtherance of a white supremacy inspired hate crime,” would be committing a federal crime.

Rep. Sheila Jackson Lee has introduced a House Bill to criminalize “conspiracy to commit white supremacy,” which includes any criticism of non-white people that influences (such as something published or said online) someone who commits a hate crime. https://t.co/QD93bVJmA9 pic.twitter.com/ROwLtvYIha

So, what does this fascist think is “white supremacy”? Well, just about anything a white person says, according to her.

Who knows what “vilifies” even means? Apparently “she knows it when she sees it” and she’ll apply it to who ever she wants to target for jail.

This is not a law as much as it is an excuse for Democrats to imprison white people at will.

This is nothing but a blatant violation of free speech.

But it isn’t surprising that a Democrat fascist is looking to end free speech in America today.