A Dem Win in Georgia Will Cause Huge Backlash! 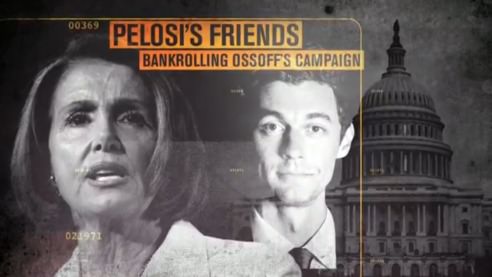 A Dem Win in Georgia Will Cause Huge Backlash!

Folks, one the most despicable things about Democrats is that they always promote themselves as doing the polar opposite of their true agenda. It is disgusting and evil. Jon Ossoff running for Congress in Georgia is a perfect example of what I am talking about.

Ossoff’s website says, “We can be a strong, prosperous, secure nation and stay true to the core American values that unite us.” Insidiously, the reality is the modern Democrat party leadership is repulsed by traditional core American values. And yet, they are trying to pull their standard bait and switch tactic on Georgia voters. We simply cannot allow them to get away with it AGAIN!

The dirty little secret is democrats are actively engaged in demonizing and undermining core American values such as self-reliance, hard work, making right moral choices, education and not thinking you have a right to your neighbor’s hard earned stuff. Americans are the most generous and giving people on the planet. But they object to the government confiscating their stuff and redistributing it among the lazy. And for that, Democrats call Americans mean-spirited and selfish.

Spending over $8 million dollar the Democrats are busing in operatives from Michigan, New York and North Carolina to help Ossoff in Georgia.

This is a huge deal folks. Ossoff is the face of the Left’s anti-Trump treasonous undermine America movement.

Quoting Mighty Mouse, “Here we come to save the day!”

My Conservative Campaign Committee team is in route to Georgia from the west coast. Mary and I are in Florida loading up the truck to meet them in Georgia.

Our Miss Lulu will call on you to commit to doing phone-from-home calls. [email protected] Supporters need simply provide their name and email address and we will have a team member send them a phone list, script, instructions and walk them through the process.

Joe will probably send a fund-raising email asking you to kick in a few bucks.

We need you to help us maximize GOP voter turnout. Because that is what the Democrats have been doing for the past several weeks; quietly investing millions into turning out Democrat “Resistance” voters to try and steal away this GOP seat.
Please help-out wherever you can. This is all hands on deck folks. I am telling you folks, this battle goes beyond right vs left politics as usual. We are in an epic battle of good vs evil.