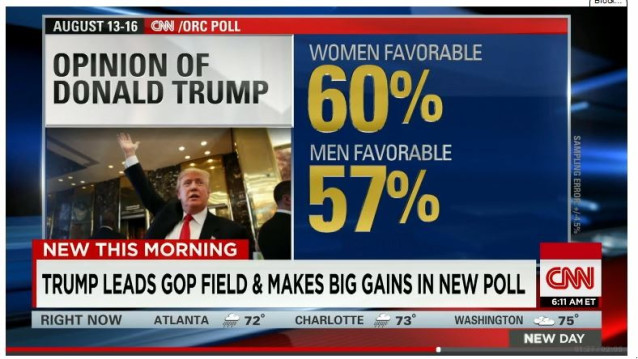 There are two kinds of conservatives in the Republican Party.  Both recognize that liberals are destroying the country, but only one sees Trump as the kind of leader who can put a stop to it.  The other sees Trump as being a Hillary clone that will help her win.  This second kind of conservative believes that if they sabotage Trump, thereby assisting Hillary to win, they will be hailed as heroes.  Is this righteous belief in conservatism or delusional, self-righteous stupidity?

I am of the first variety that believes Trump has stepped up to the plate because he sees what I see.  Americans have stupidly elected a man and a party who are deliberately deconstructing America and ripping her apart through cultural, economic and military decline.  Democrats aid and advocate for criminals and illegal aliens to be given more rights, and are importing Moslems to conduct the Islamization of America.  They believe they can convince the people to foolishly enslave themselves by forcing them to submit to the most successful socialist dictatorship the world has ever known and impose Sharia law on themselves.

For the past eight years, conservatives have voted for Republicans to stop the Democrats, not play along with them.  We elected the Rubios and the Cruzes because we believe in America, and what do we have to show for it?  Corruption has taken the heart and soul of Washington and Republicans are more inclined to ally with Democrats than fight them.  Conservatives believe in all the right things, but they just aren’t fighting to win, and those who do are being blocked by moderates.

Donald Trump fights!  Trump does that fighting in spades!  We are now or at the deciding point; do we want to continue down the path on which Democrats have set us to import foreigners to “improve” our country, or turn back to the path of American prosperity?  But some of the intellectuals among conservatives believe he is not up to the task, but more a handicap that will cause a Hillary victory.  Those who remain NeverTrumpers believe that if they can stop Trump then they’ll be acclaimed as saviors.  As Rush Limbaugh clearly explains the flaw in their thinking;

And they would be wrong.  When you sabotage your best fighter because he’s not Mr. Perfect, because he’s not everything you want, because he doesn’t play the game by your rules, you don’t just deserve to lose.  This is not a game about who gets to run America; it’s a war for her soul.  This is combat and there are no points for second place.

Politics is a war of words and battles that are not won with a dissertation of right and wrong, but with a few words of inspiration.  It is not won by appealing to the rational intelligence of smartest, most responsible Americans, but by leading the mob in the right direction.  Reason is used to bring the leaders to the cause who will guide the rabble.  These NeverTrumpers are most upset because Trump didn’t begin his campaign getting the GOP leadership on board, but by going against them.  Their choice was Jeb Bush, but all his policies were the continuation of liberalism-lite.

Americans are not intelligent people who know and understand what is happening to their country.  Most are simpletons who are looking for a scapegoat, which is why Democrats appeal to them.  Many are deadbeats who want to hear politicians say they will steal from the rich for them.  Then there are those who are the taxpayers who earn their living and who want the government to stop stealing from them to give to deadbeats.  Trump understands the people as Cruz never did and that is why he is the representative that the people chose and the Democrat media are trying to smear as incompetent, insane, incapable, inappropriate, and unreliable.  Democrats are preying on the fears of conservatives saying that Trump isn’t conservative enough.

At this point, anyone who can stop Democrats and turn back the liberal movement that is destroying this country is conservative enough!