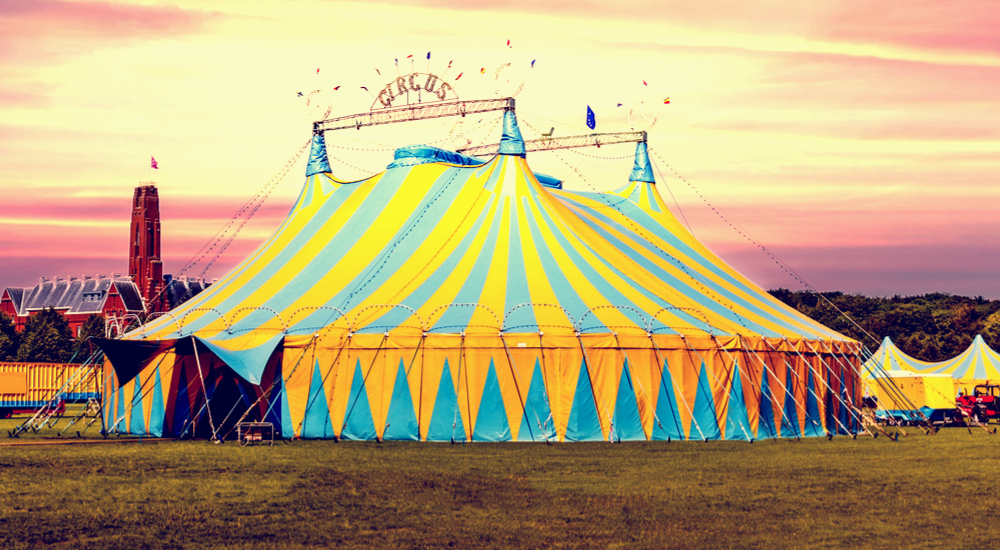 Yes, there were Elephants and Donkeys and an overabundance of clowns. And although I didn’t see a bearded lady, she may have been in the audience with the other rabble-rousers. However, today the bearded lady would more likely be classified as transgender – Grizzly Adams in a dress.

Those viewing this train wreck will learn little about Supreme Court Candidate Brett Kavanaugh, beyond that he is the second coming of Darth Vader. The Democrats will see to that. In other words, this is an entirely scripted event, right down to the radical leftist protestors.

From what I understand, there was/is a long line of loud obnoxious protesters standing in the hallway adjacent to the hearing chamber just waiting for their turn to gain entrance and disrupt the supposed proceedings. When one gets hauled away, there is another to take their place. And all orchestrated by desperate Democrats.

And I don’t know this for sure, but I’ll wager that some, if not all are paid protesters – bought and paid for by the usual suspects like, whom else but George Soros, through one of his many Open Society shell organizations.

But what do we expect from the left who never has anything substantive to say. They shout out their scripted soundbites like “shut it down,” or some bullcrap about a woman’s right to choose, or Kava-Not, or whatever. It’s utterly meaningless and has but one goal – to disrupt. They can’t shut the hearing down, so the only alternative is to make it as uncomfortable as possible.

And then there are the Democrat Senators themselves – practically as obnoxious as are their loud-mouth protesters.

They all continued to break the Senate’s sacrosanct rules of order they claim to hold so dear, while Grassley struggled to speak over them.

About this – I have a question. Chuck Grassley is running this hearing. Is there any reason why he couldn’t give all these hyper-partisan miscreant politicians one warning to zip it? Let them know that they will all have their opportunity to speak, but if they disrupt the proceedings, he will order the people running the soundboard to cut their microphones. Just have them turned off until it’s their turn to spout their nonsense.

But no – such a thing will never happen. No Republican, short of the President would have the stones to lay down the law – and follow through if need be.

And that’s a shame because, for at least a few Dems, these are not hearings but auditions for the upcoming presidential race in 2020. The rest are just veering hard left to curry favor with their increasingly radical base. They can see the writing on the wall, as they witness some of their old-dog colleagues fall to communist upstarts.

Fact is, if these hearings weren’t televised, there wouldn’t be near the disruptions. Many may say this would be a good thing. I thought the same at first.

However, after more consideration I believe that as much of a circus as this has already become, I think the constant displays of lunacy help, rather than hurt Republicans, for it shows the average viewer just how unhinged the democrat party has become.