The Definitive List of the Top News Stories Coming in 2017 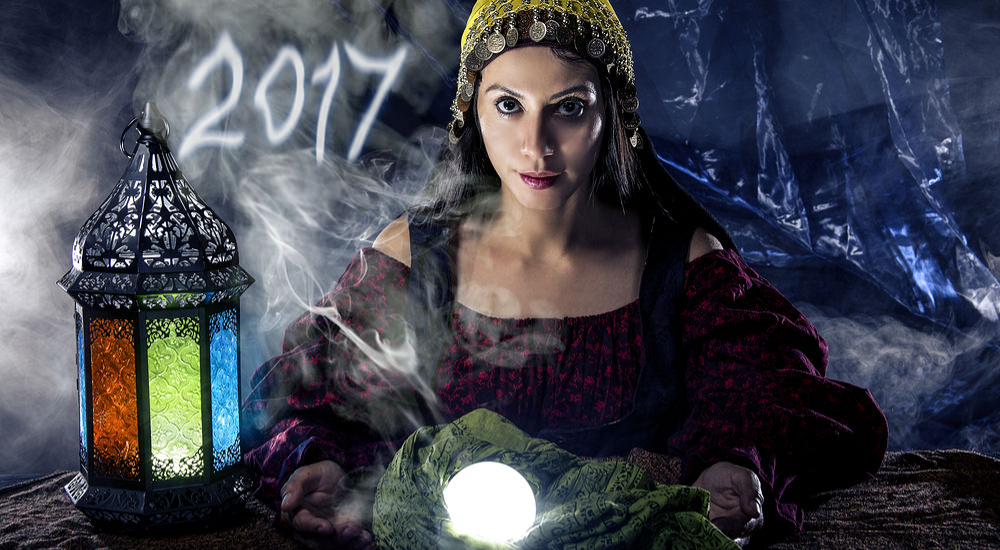 It’s a new year, and everyone is making predictions. So I’ll jump on the bandwagon. Here are my predictions for the top news stories of 2017.

Trump’s Economic Policies Have Failed The media will announce that they are monitoring the success of Trump’s economic policies. Then within the first few months of his administration, before any of his policies have had a chance to take effect, maybe even before he has even had a chance to get anything through Congress, they will point to some statistic that has not improved since he took office — inflation, unemployment, elevator breakdowns in Detroit, whatever — and say that this proves Trump’s policies have failed. Anything that was bad under Obama and failed to instantly get better the day Trump took office will count as a Trump failure.

Hollywood Celebrities Give Trump One More Chance Before Moving to Canada Of course few if any will really leave the country, because they’re making too much money here.

Trump is Destroying America’s Relationship with Dictators Ok, this is a particularly easy one. We’ve already seen news stories about how Trump talking to the president of Taiwan on the telephone endangers our relationship with communist China, and Trump’s support of moving the American embassy in Israel to the actual capital, Jerusalem, is ruining our previously super-friendly relationship with ISIS and Iran. The idea that fascist dictators who enslave and kill their own people and threaten their neighbors may come to the conclusion that the U.S. does not support them will be portrayed as dangerous and horrifying. The media will warn Trump that we must stab our friends in the back in order to appease our enemies.

Donald Trump Kills Cancer Patient Whether or not Trump actually repeals Obamacare, he will make some changes. Some time after that, some sick person, somewhere in the country, will die. The media will pick some particularly sad cases and air stories about how these people died because Trump destroyed Obamacare. They will interview some crying widow who wails, “Donald Trump killed my husband”. The stories will be based on the un-stated premise that no one ever died of illness while Obamacare was in effect, and so every death is now Trump’s fault.

Democrats Fighting to Defend America Democrats in Congress will try to block the Republican majority in Congress through parliamentary maneuvers. The media will highlight this as fighting for principle. When Republicans did the same sort of things to block Obama, the media called it “obstructionism” and “refusing to do their jobs”, but of course it will be different when Democrats do it.

New Technology Will Change Your Life Some new gadget will be invented. The media will gush over how it will change the world. Most Americans would not bother to walk across a room to pick one up for free. A few months later it will be forgotten and some other new gadget will be the new fad.

Trump’s Anti-terrorism Policy Has Failed Sometime during Trump’s presidency, somewhere in the world there will be a terrorist attack. The media will say that this proves that his anti-terrorism policies have failed. Indeed, his “get touch” approach is just serving as a recruiting tool for ISIS. ISIS was about to collapse for lack of interest under Obama’s appeasement policies, or transform itself into a book club, but Trump has now given the radicals new motivation.

Hate Crimes Against Hispanics The media will find a case somewhere of an Hispanic who is the victim of a crime. This will be broadcast as an example of the wave of hate crimes inspired by anti-immgrant hysteria. Later it will be learned that the incident was a hoax. Media pundits will say, “Well, this case turned out to not be a good example, but the larger truth is that real incidents like this happen every day.”

Store Owner Charged With Hate Crime Against Transgender Woman A man will take advantage of transgender bathroom laws to enter a woman’s bathroom or locker room and gawk at the women. A woman will complain and the store owner will kick him out. The store owner then be charged with a hate crime against transgendered people. The gawker will collect hundreds of thousands of dollars in a lawsuit. As a side note: Even though the gawker has facial hair, male sex organs, and male DNA, news reports will refer to him as “she”.

Unemployment in [place] Inexplicably Rises Places that have increased their minimum wage will see increases in unemployment, especially among teenagers. The media will find this baffling and search for explanations. They will not bring up the minimum wage, or if they do they will quote experts saying that this is not the reason.

Low Energy Prices Endanger Environment Assuming that Trump approves the Keystone oil pipeline, ends the war on coal, and reverses Obama’s ban on drilling oil in the Atlantic, energy production will soar and prices will fall. The media will be baffled by this and see no connection. While they will have no idea why energy prices are down, they will warn that these low energy prices encourage waste, that the higher consumption will just hasten the day when we run out of oil, and that higher consumption causes more pollution.

Obama Policies Finally Bearing Fruit The Republicans will enact conservative policies, and the economy will begin to recover. The media will say that this improvement is the result of Obama’s policies, and that we are finally seeing the benefits of his years of wise economic management. The idea that any good could be the result of conservative policies will either not be mentioned, or will be ridiculed as Republicans trying to claim credit for Democrat successes.

Extreme Right-Wingers Trying to Take Away Our Freedoms A right-wing group will object to a law forcing them to advance liberalism — like the Christian bakers who objected to catering gay weddings, or the Catholic nuns who objected to paying for abortions. The media will say that this demand to not be forced to do something they consider morally objectionable is an attack on freedom. No American can be truly free unless all Americans are forced to actively support liberalism.

Media Will Denounce “Fake News” for Telling the Truth A news outlet will publish a story that is completely true. The mainstream media will denounce this as “fake news” and call for censorship because this violates the right of liberal activists or politicians to lie to the American people. And while it may be technically true, it shouldn’t be allowed to be said in public because it endangers acceptance of the greater truth.

You may say that these are obvious. Many of them have already happened to one degree or another. Quite true. I don’t claim to have any great prophetic powers. I’m just predicting that the Sun will rise tomorrow.