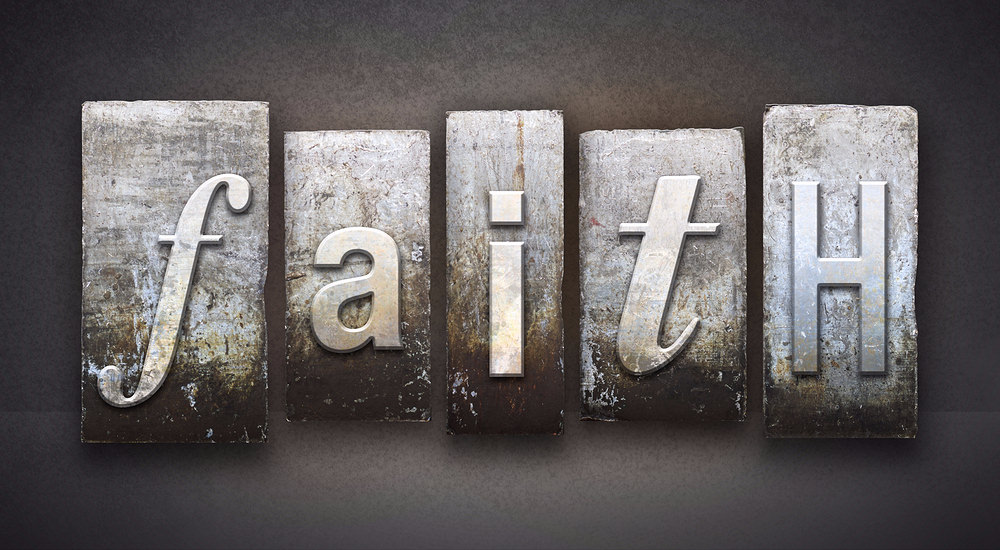 The Concept of Faith

Everybody says they believe in something, but nobody seems to be able to define what that means. The easiest, cleanest definition is in law, not religion, because there, it has the most direct and immediate application. We, the jury, believe that such a person is guilty or not guilty FOR THE FOLLOWING REASONS.

So, belief in law is based on reason. The jury does not first say, “I believe he is guilty (or not guilty) and then justify their beliefs with evidence. If it is a fair jury and not tainted or bought (both of which is possible by press and bribes) they start with no assumption of guilt or innocence and let the evidence lead them in the direction of truth.

In a sense the same criteria apply in religion, but only on a personal basis. “I believe in god, religion, this person, this animal, this thing or whatever, because of a personal experience that ‘proves’ it to me.” Which is fine, as long as the limits are set. But there are those who set no limits and say “What I believe, all must believe.” Hence radicalizing the religion and converting it to tyranny — “You MUST believe as I do or you are a heretic and must be killed.” We talk Muslim now, but Judaism before, and Christianity before that and it is all the same — radicalization of tenets based on primacy of belief, with only the individual, subjective “proof” of the writer of the fable.

And, yes, judaism, christianity, islamism, buddhism, hinduism, spiritism, shinto, zorastrianism, sikhism, confucianism are all based on stories repeated and formalized into “holy books.” And if you disagree with someone who is a “radical believer” he will call you an infidel or heretic and will resort to violence, be it the small violence of censorship, or the large violence of trying to have you killed.

Is there a solution to this? I believe there is. First it is the humble admission that we don’t know everything for everyone else — that we do not share their experiences and cannot force our “knowledge” upon them when the knowledge has no proof, and cannot be verified by them, even if it has ample proof for us and we have verified it to our satisfaction.

Simply stated, to prevent radicalization of any belief system, we must eliminate primacy of belief in our thinking and simply say, “I will believe as everyone else does because it is based on universal, repeatable evidence that everyone can see and prove for themselves.” (Newton’s laws on earth, for example.)

To avoid radicalization, avoid primacy of belief, hold primacy of existence (evidence) as true, question what others say, especially if they say they believe, but can hold no evidence other than hearsay from books, or people in power (politics or crime), prestige (academia or religion), or money (banking, especially global banking). Remember, you cannot abdicate your responsibility for taking someone else’s word. You are the one who took another’s word, so you must be able to defend it as if it were your own. When you prove for yourself, it becomes very clear that these “experts” have a vested interest in having you believe what they say, instead of proving your beliefs for yourself and by yourself.

Only you can be responsible for your decisions, and that includes matters of “faith.”