Deep in a world in a place called Imagination 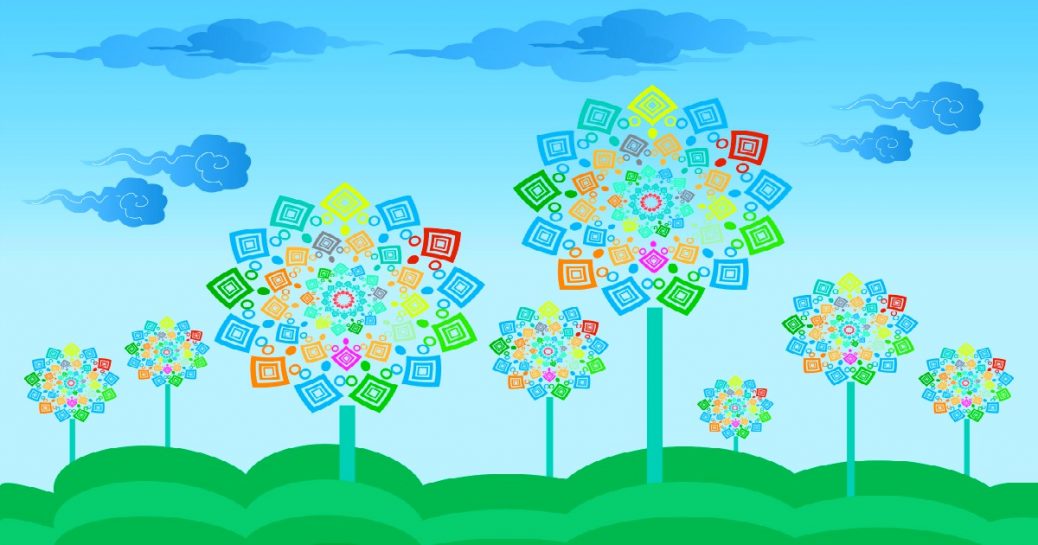 It’s always dark because light never has a chance to penetrate the thick browns and blacks of the forest trees. The ground never feels warm because of the lack of the radiance the sun is supposed to give up. Everything lost its color and the creatures that lived in this world became the color gray. No one laughed, danced or rarely talked to each other because there was little joy in a place that was defined by lack of joy.

Except, of course, for one place in the center of this world. This place was called Imagination. It held a light that everyone yearned for but only found here. It was a place that was defined by the energy of happiness and youth. Even the old seemed young when compared to creatures of their own age that lived beyond the boundaries of Imagination.

In a place called Imagination everyone loved everyone. Rarely did you see anyone frown because it was common knowledge that it took more muscles to frown then it does to smile. If you don’t believe this simply prove it to yourself by forcing a scowl that always takes a lot of energy. Then smile and you will discover what the creatures of Imagination discovered when Imagination began. Smiling simply felt better.

The creatures of Imagination came in all sizes and shapes. Some were very small while others grew like the flowered trees that surrounded them all. Some were thin while others were a bit husky but all were healthy and as was stated before, they all wore a huge smile on their faces at all times. Some lived in small homes while others lived in large buildings that surrounded gigantic chapels where everyone went to thank their God, whoever they wanted that to be, for being allowed to live in a place called Imagination. But, the one thing they all had in common was a small jewel that was embedded in their belly buttons. This jewel was the color of an amethyst that always sparkled through the shirts and blouses of the creatures of Imagination.

The not-so-lucky creatures that surrounded Imagination were jealous of the creatures that inhabited this magical place. They were all the same size and shape. They lived in the ground under the black roots of the darkened tress. Rarely did they go away from their homes and they never spoke to anyone who was as unfortunate as them to be where they were destined to be. They also had jewels in their belly buttons but the color was the gray of their skin to the point one never knew where the jewel ended and the creature began.

For all of time many of the creatures surrounding Imagination were invited into a place where the sun always shined. The creatures of Imagination taught them how to smile and how to love their new home. After awhile the jewel in their belly buttons took on a purple hew. After a few generations one could not tell the difference between the creatures of imagination and the lucky creatures who ventured out of their rooted homes to live a better and happier life. After a while the light filled hamlet in the center of the dark and dense world began to grow. Everyone thought there might be a time when there would be no dark place left and the light of Imagination would overtake it all.

Something happened one day. No one knew exactly what that was but some of the people of Imagination started to believe the new creatures were taking up too much of their space and thus too much of their light. Arguments ensued in a place that never knew what arguments were. Smiles were not as broad as they used to be and creatures that agreed with one side of the arguments started to form groups where everyone agreed with everything everyone said.

After awhile no outside creature was allowed to enter Imagination. The not-so-happy creatures thought there was not enough room or even enough light. They were right about the light because the light defined by the energy of happiness and youth started to dim. The dark and dense world began to grow into the place called Imagination to the point one couldn’t tell where the darkness ended and a place called Imagination began.

After not too long a time all of the jewels that were in the belly buttons of all the creatures started to turn gray. All of the smiles of the creatures turned into frowns and instead of living above the ground everyone looked for holes in the ground under the now blackening trees in order to get away from creatures that didn’t believe what they believed in.

There used to be a place called Imagination deep in a dark world where everyone wanted to live. It was a place that was defined by the energy of happiness and youth. It is now defined by a darkness that overtook everything and everyone.