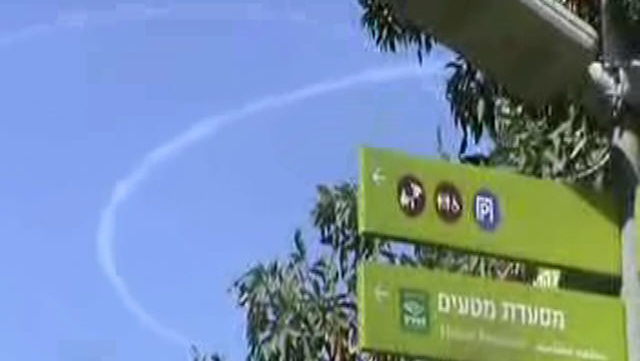 “How to Throw a Monkey Wrench In the Hadron Collider!”

Prayer is the monkey wrench to successfully jam up the Hadron Collider. God will always be infinitely more powerful than cutting-edge 21st-century technology, which is less than elementary to Yahweh. CERN is the ominous anti-God and Marxist-science culmination with no historical precedents.

The Israeli flag joined those from 20 other nations in a Jan 15, 2014, ceremony, after UNESCO officially recognized the new country as a member of CERN, or the European Organization for Nuclear Research. Israel was the first new member of the organization since 1999.

“The Israeli scientific community has brought a great deal to CERN over the years,” said CERN Director General Rolf Heuer. “I am looking forward to welcoming Israel as our 21st Member State and to intensifying our collaboration.”

Researchers Steve Quayle and Tom Horn have done excellent CERN videos on YouTube. The effects of CERN to create portals – wreaking havoc on the environment while releasing long pent up demonic entities revealed in the Book of Enoch – is necessary for the appearance of Antichrist. In the Bible, Enoch is in the New Testament Book of Jude verses 14-15. Lines from the Book of Enoch are found both in the Book of Daniel and in Revelation.

How intriguing the Bible prophecy predicts, in the awaiting 7-year Tribulation, the appearance of “two wtinesses,” Elijah and Enoch, as agreed on by major theologians through the centuries. Revelation 11:3-4: “And I will give power unto my two witnesses, and they shall prophesy a thousand two hundred and threescore days, clothed in sackcloth. These are the two olive trees, and the two candlesticks standing before the God of the earth.”

Enoch, aware these spirits of the Nephilim were bound, will see their release upon his return during the Great Tribulation! Enoch, widely studied during the time of Christ, gave the first prophecy about the far-distant end times! According to Holy Scripture, Enoch, like Elijah, did not die and was taken to Heaven… to return during the Tribulation of Antichrist prophesied in the Book of Daniel.

So how is Israel destroying itself? First and foremost, by using Israeli tax money and its brilliant technological wealth of minds, to release the demonic entities known to Enoch as the spirits of giants, the spirits of the Nephilim. Some young Israelis burn themselves out for years, working 20-hour days, directly and indirectly improving the CERN passages for demons, paving the way for Antichrist and demonic control of Israel…

While the Middle Eastern branch of CERN is in Jordan – currently conducting CERN holograph experiments over the Temple Mount – Israel is now complicit with CERN in ways leading to its own demise. Israel! Why boast of being the world’s technological leader, if it ultimately leads to your own destruction!

Through science, the bound spirits of trapped Nephilim will be released, to play a major part in the 7-year, Isaiah-prophesied Jacob’s Trouble! Israel’s pride in technology – with awesome potential for Divine purposes – is squandered and manipulated through CERN involvement for its own ultimate persecution. These spirits are a million times more dreaded than ISIS and the sum total of all Muslim terrorist groups… 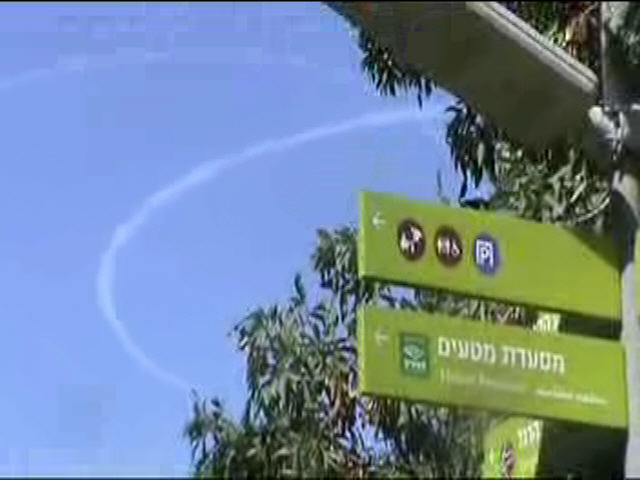 (The above photo reveals an Israeli-complicit CERN portal attempt over the Rothschild cemetery, south of Haifa, near where Elijah was taken to Heaven, and now mockingly where demonic spirits of Nephilim, witnessed and recorded by Enoch, will enter Israel…)

Sourcewell: A Self Professed “Buying Club” Stealing Your Money To Advance A Global Agenda
January 25th, 2021 Sons of Liberty Media

National Guard Troops In DC Have No End Date; 5,000 To Remain Until Mid-March
January 25th, 2021 The Political Cowboy