A Debate Invitation to Black Lives Matter: Time to Put Up or Shut Up 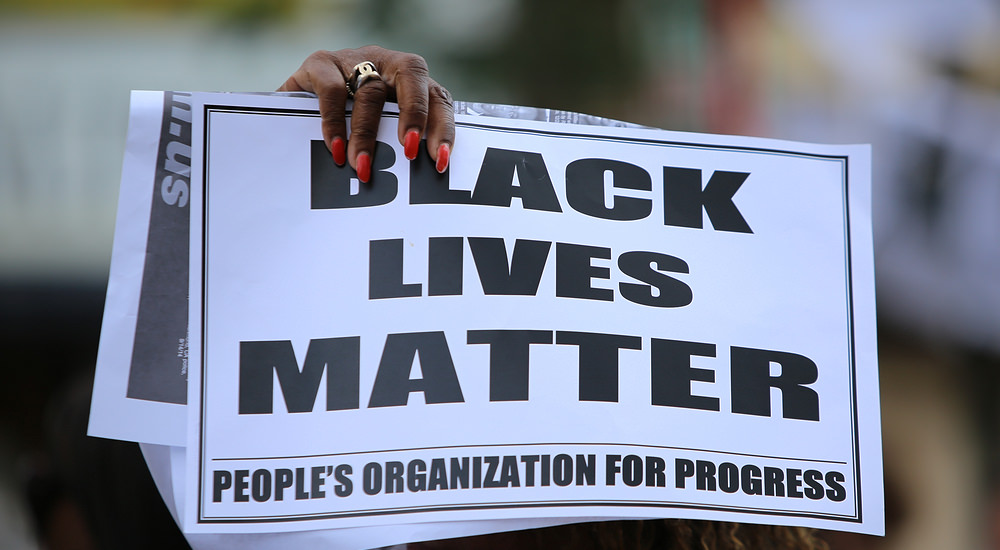 WHAT
An invitation to a nationally televised debate on Fox, CNN, MSNBC, or BET

WHEN & WHERE
Any time and place of Black Lives Matter’s choosing before November 8, 2016 (Election Day)

PURPOSE
To give Black Lives Matter an opportunity to become the leading voice in America for social change…or be exposed as racist, self-serving frauds.

Since your founding of Black Lives Matter (BLM) four years ago, you’ve had an essential free-pass in America to try and ruin and intimidate our country – Blacks and Whites – with your false, unchallenged claims of racial inequality and your advocacy of mob violence.

As you’ve continued to promote racial hatred and segregation, lead senseless riots, distort the facts about Blacks killed by the police, publicize countless lies about the justice system, encourage the denial of free speech on college campuses, and propose policies that damage the Black family structure, almost NO one has publicly demanded that BLM be held accountable. Too few Blacks have spoken up against your message, for fear of being (wrongly) accused of being race traitors. Too few Whites have challenged you, because they fear being (wrongly) called racists.

All of that ends with your accepting this debate invitation from USA-Focus.org.
The debate will allow our nation to hear the truth about Black Lives Matter, when you’re not screaming unchallenged nonsense into news cameras for 15 seconds, but rather, are forced to defend your indefensible positions in calm, rational detail.

• You’ll have a chance to defend why BLM’s inspirational role models are two women involved in the murders of cops and judges.

• You’ll have a chance to defend why the five “unjust” deaths of Black men that BLM built its movement around (Trayvon Martin, Michael Brown, Eric Garner, Tamir Rice, and Freddie Gray) were ALL found by grand juries, juries, and/or state/federal investigations to be attributed to the victims’ own unlawful behavior and/or unrelated causes.

• You’ll have a chance to defend why you claim not to hate White people or cops, while sponsoring talks by Black radicals who advocate race war in America, and the killing of police officers.

• You’ll have a chance to defend why BLM never mentions that police annually kill twice as many Whites as Blacks, even though Blacks commit about 60% of all robberies and murders: a rate 3-4 times greater than their part of the US population.

• You’ll have a chance to defend why President Obama stated that BLM shouldn’t be held responsible for leading chants at your rallies about wanting “dead cops” right now.
• You’ll have a chance to defend why you don’t believe Black fathers are necessary or even desired, but prefer the idea of “Black Villages” where children are raised by a collective of women, with no emphasis on heterosexuality. You’ll be able to explain why BLM advocates this position, in spite of the fact that Kweisi Mfume, former head of the NAACP, stated that the present absence of Black fathers is a greater threat to the Black community than White racism.
This debate would give BLM an opportunity to participate in the real conversation about improving Black lives in America that you claim to want.
USA-Focus.org would be your perfect opponent and counterpoint for this debate, because we are about everything that BLM is not:
• We’re about accurate, honest facts
Or as Malcolm X put it: “(We’re) for Truth, no matter WHO tells it; (We’re) for Justice, no matter WHO it’s for or against.”
• We’re for character Or as Martin Luther King put it, “The means you use must be as pure as the ends you seek.” • We’re about proving that the “Black problem” in America you’ve tried to sell, is NOT about all Black people. It’s about a relatively small sub-group who have CHOSEN to take no personal accountability for their actions, practice horrible parenting, disobey the laws, refuse to work, disrupt their schools, and/or practice moral/cultural deviancy, and then try to hide this behind skin color.
If BLM believes it has legitimate racial solutions to offer Americans – Black and White – you need to take a break from your race-pimping activities, quit hiding behind meaningless shouting at public rallies, contact USA-Focus.org, and let’s get this debate scheduled. It’s time to put up – or shut up.
We’re looking forward to hearing from you.
Paul D. White, co-Director
www.USA.Focus.org
Ventura, CA
(805) 830.5850