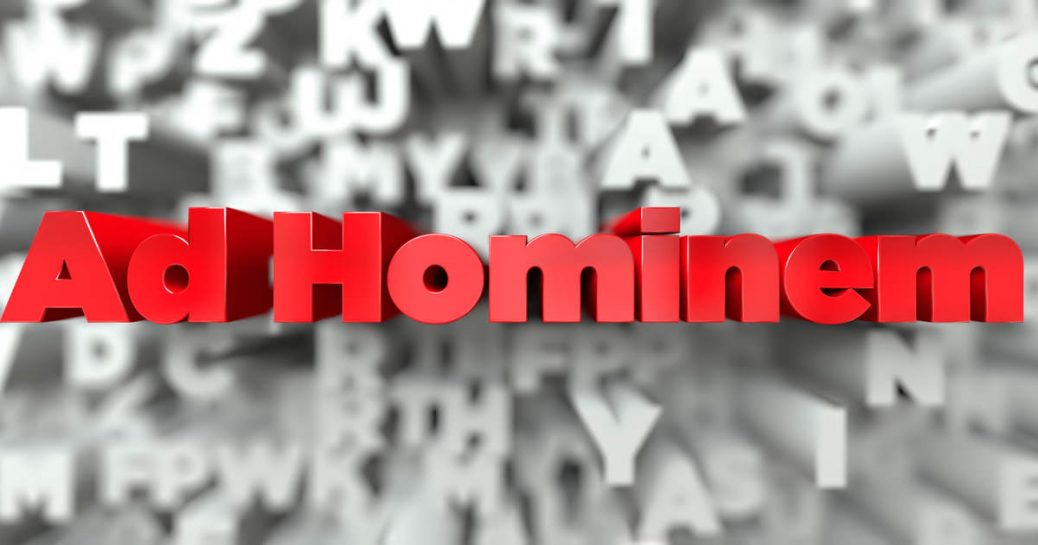 For many years socialists have used the same fallacy. Attack and discredit the messenger so that there is no need to debate the content of the message. It is the fallacy of Argumentum Ad Hominem, and it has been formalized by Alinsky. His 12 Rules for Radicals have changed news to propaganda for most of MSM.

MSM has lost its relevance because of its focus on ad hominem attacks and its clear bias toward irrelevancy and fluff.

It can begin to regain some measure of relevance by means of establishing a rule of self reporting and self censorship — no more argumentum ad hominem. Once they do that, all the other logical fallacies that they now depend on will be seriously weakened.

It should be clear that no one will again take them seriously as “experts” who are to be “believed.” People are now thinking for themselves, and when they do they no longer rely on “experts” to (in the immortal admission of Brezinsky) tell them what they are supposed to believe. People no longer rely on the fallacy of argumentum ad verecundiam. They no longer believe in what “experts” tell them, especially when their “expertise” consists of having a camera and a microphone.

Now everybody has a cell phone with a camera and microphone, and they don’t have to say that they are experts if the facts speak for themselves.

They also have the tools to verify the allegations of MSM for themselves, and they are using those tools. MSM will again be taken seriously when their statements are about relevant issues that can be verified and proven — just like everyone else.

Over the long run, truth is far more convincing than the second hand “prestige” granted to those with power, “academic credentials” (prestige), and money.

Truth stands alone. Given time it will defeat lies, slant and propaganda — the agenda — perpetrated by the power, prestige and money given by globalists.

Their agenda is not ours.