Deadpool and the Philosophical Implications of the Mind-Body Problem 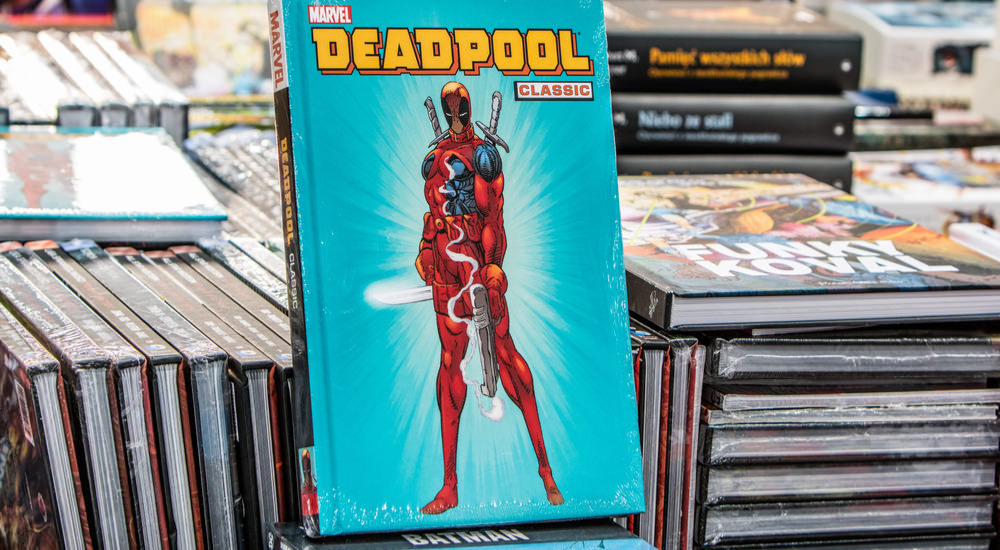 Why is Deadpool the most insane superhero?

Deadpool has become more popular since the release of the Deadpool full-length feature film starring Ryan Reynolds in 2016. Thankfully, this movie corrected the mute and slightly muted version of the Merc with a Mouth from X-men Origins: Wolverine. Future flicks should expand his role in the Marvel Cinematic Universe. Now you can find Deadpool hoodies, sheets, sunglasses, mugs, underwear, and other paraphernalia.

In the upcoming 2018 Deadpool II Marvel will introduce Josh Brolin playing Cable. This is a perfect fit for the grizzled time-traveling Summer’s son. More Deadpool is good for Marvel in terms of reaching R-rated audiences who will also attend the more family friendly fair. If you’ve seen or read any of the Deadpool stories you know that we are in for a wild 4th wall breaking ride. Much of this running monolog, which at times mirrors a darker Peter Parker wisecracking jokes, can be attributed to the title character’s insanity.

What makes Deadpool such a crazy antihero?

From his own comic history and origin story in the first Deadpool movie we learn about the immense torture Wade Wilson endured at the hands of experimental mad scientists. We all know how evil scientists, such as Bill Nye, like to stick things into people and play with their minds. Fictional creatures from Frankenstein’s monster to V for Vendetta and Wolverine or Luke Cage had to endure painful transformations to become the characters that they are. It is in the crucible of horrific pain that heroes emerge. Each bear the scars of this fire.

But, not only was Deadpool raised from the dead with a tumor infested face, his mind was forever altered in the process. Deadpool has traits of psychopathy, sociopathy, schizophrenic episodes with manic depressive and obsessive behaviors. In short, the dude is a mess. And yet those of us who enjoy him tend to revel in his madness.

When analyzing fictional characters every diagnosis or interpretation is meant to be playful and yet treat the subject with enough realism such that the story behind the story speaks to us. Science fiction and superheroes are the mythos of our era.

Certainly, there are many post-traumatic stress symptoms that one would experience after surviving cancer. Wade Wilson’s support team consisted of his sex crazed girlfriend and happy go lucky bar tender buddy. Going from a terminal illness to literally having your entire cellular structure rearranged in what amounts to a vat of acid would be shocking to anyone. But there may be another explanation for Deadpool’s insanity that goes deeper and touches upon some philosophical topics.

Apparently Deadpool’s metabolism is such that he is remaking his entire body every day. Not only can he grow new hands and heads but his organs are regenerating at an astonishing rate. Conceivably this would include his brain which is of course still an organ. Wade Wilson became Logan on steroids. We all experience cellular regeneration over time, but the speed and range of this transformation could have serious effects on Wade Wilson’s psyche.

If your body is remade every day then there is a question of the sustainable character of your person. The you that is contained in your body is a composite of your mind, or soul, and your brain and body. The body is the instrument that your mind plays. This union is durable to the point that every morning your memories, personality, and habits remain fairly consist while accounting for some changes and growth over an extended period.

However, while Deadpool may remain himself through each day he is experiencing the transmutation of his mind into a different brain each day. This would be like having your soul moved from one corpse to another every morning. You would wake up in a different body than when you went to sleep. Assuming Deadpool sleeps, this waking nightmare alone would be arresting.

Yet, that is just the beginning of his death spiral. The more this happens the less you would recognize who you are even though your body seems familiar. This is like the phantom limbs that bomb victims or amputees feel. For Deadpool his entire body would not seem like his own. He would never be at home in his own flesh.

Talk about the root cause of mental illness, Marvel may have created a philosophical example worthy of discussion. Deadpool is the crowning example of the mind-body problem which describes the “relationship between the mental realm (the realm of thoughts, beliefs, pains, sensations, emotions) and the physical realm (matter, atoms, neurons).” Colorado’s Philosophy 100 course asks: “Are your thoughts, feelings, perceptions, sensations, and wishes things that happen in addition to all the physical processes in your brain, or are they themselves just some of those physical processes?”

Who is Deadpool? Is he the man that persists or the body that fails to exist? We may never know, but I can sympathize with the guy. Here is one superhero that no one in their right mind would really want to become.