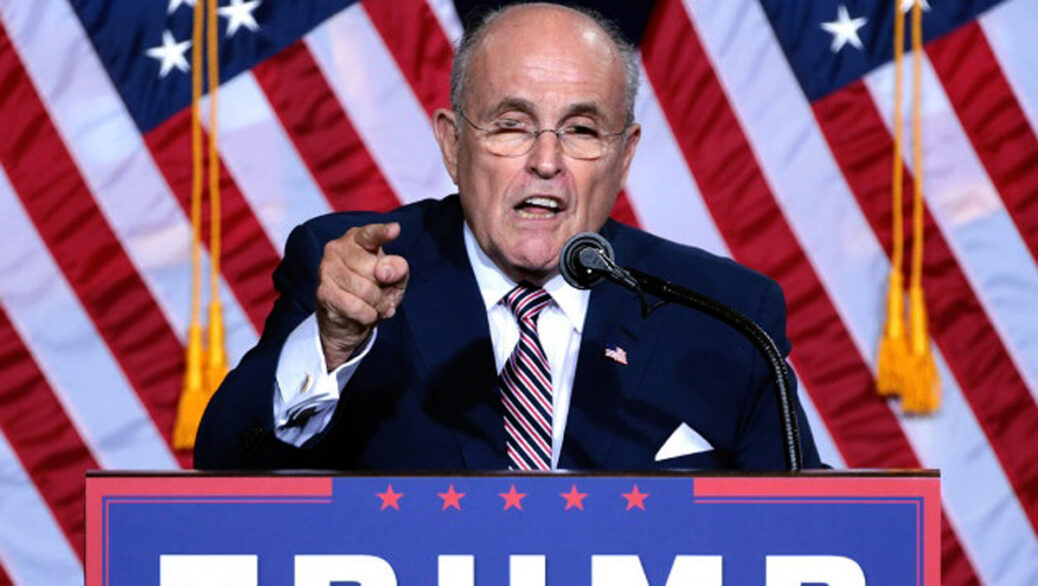 It’s now less than a week since the finish of the 2024 elections and suddenly the FBI and feds are admitting that neither Rudy Giuliani nor Donald Trump did anything wrong ahead of the two raids on their homes.

Democrats used the raids on Giuliani’s home and Trump’s Mar-a-Lago as a political attack claiming that it proves the corruption of Republicans.

But on Monday, federal officials admitted that Trump adviser Giuliani will not face any criminal charges in a case that initially accused him of being an illegal agent for Ukraine.

Giuliani’s home was raided in April by the FBI over the accusations.

Now CNBC reports that that no charges will be filed.

But that isn’t all. The feds are also admitting that Trump probably had no other motive but “ego” and a desire to prove his claims of innocence when he stored a pile of boxes of presidential records at Mar-a-Lago.

Exclusive: Federal agents believe former president Donald Trump’s motive for allegedly keeping classified documents was largely his ego and a desire to hold on to the materials as trophies or mementos, according to people familiar with the matter. https://t.co/HQNtRMChJ3

That review has not found any apparent business advantage to the types of classified information in Trump’s possession, these people said. FBI interviews with witnesses so far, they said, also do not point to any nefarious effort by Trump to leverage, sell or use the government secrets. Instead, the former president seemed motivated by a more basic desire not to give up what he believed was his property, these people said.

The people familiar with the matter cautioned that the investigation is ongoing, that no final determinations have been made, and that it is possible additional information could emerge that changes investigators’ understanding of Trump’s motivations. But they said the evidence collected over a period of months indicates the primary explanation for potentially criminal conduct was Trump’s ego and intransigence.

So convenient that all this is coming out after the election, huh?

Just more proof of how corrupt the FBI and the Dept. of Justice is these days.