Day of Reckoning for Democrat Hitmen at FusionGPS? 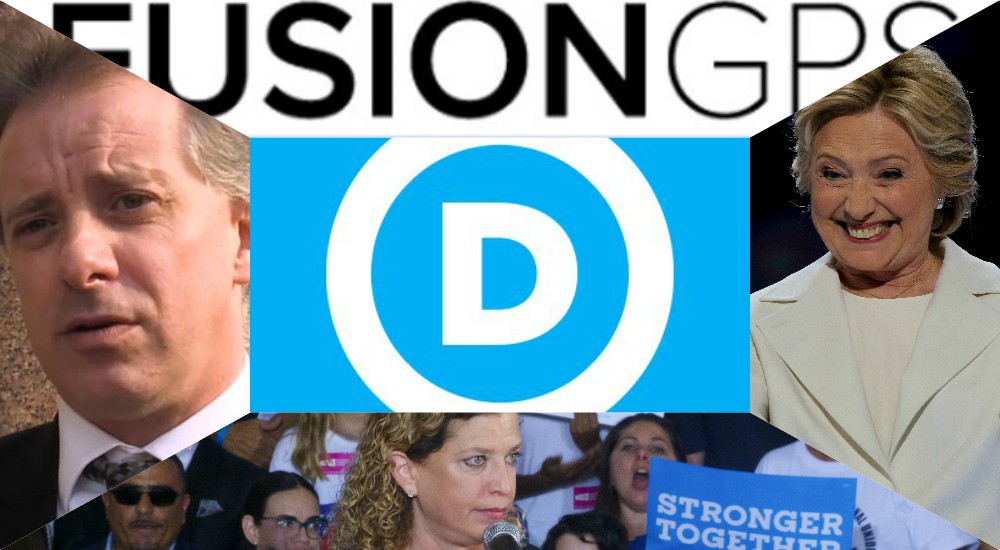 Will justice ever be done?

The Democrat leg-breakers at FusionGPS were behind every scandalous rumor (untrue rumor) that was used to begin this multi-year witch hunt against a sitting President. Thus far, no one on the Democrat side of this ugly conspiracy has had to face any negative consequence (other than a few lifelong bureaucrats being allowed to retire with their pensions). When will we see real justice served?

If Congressman Devin Nunes is correct, it could be any day now.

Devin Nunes: I’m assuming because the Senate numbers are so tight and so close with Republicans versus Democrats. And, you know, in the House, it’s whoever has the gavel has all the power. So, in the Senate, they have to have some type of agreement. So, I’m assuming that they believe they can — if you can believe this, they are going to take Cohen’s word, Cohen, who’s in jail, they are going to take his word.

And I think they want to bring from Trump Jr. in from what I can tell to see if he will — if he’s going to basically keep the same story or admit to whether or not he talks to his father, blah, blah, blah, about the Trump Tower meeting.

Now, what’s very frustrating about this is that Trump Tower meeting was Fusion Russians.

I mean, before and after, Fusion GPS who was working for the Democrats and the Clinton campaign. So, what’s frustrating about both the Mueller report, and I’m not sure exactly what the Democrats and the Republicans are doing in the Senate, but nobody seems to be getting to the bottom of Fusion GPS’s involvement in that — in the Trump Tower meeting.

Now, as you know, the Republicans, we finished our investigation and said there was no collusion, well, now, we don’t control the gavels anymore.

So, we are asking to bring people in. We’re asking for documents. We do what we can. But it’s quite frustrating. But the bottom line to answer your question is, my guess is this is something that Warner, the Democratic senator, wanted, probably in order to close this — the Senate report out.

Tucker Carlson: Mitch McConnell, the head Republican in the Senate yesterday said, case closed, it’s over, we’re moving on. Maybe now we should take a turn at running the country rather than obsessing over what we know is a hoax. But that message didn’t filter down, I guess.

Devin Nunes: Yes, it didn’t make any sense. No.

Tucker Carlson: It didn’t make any sense. I’ve got to ask you: how long until we see some of these key documents declassified, the ones you’ve been calling —

Devin Nunes: Well, the president can do it anytime that he wants. I think there are some folks who want to wait for the inspector general to finish his work. I’m not in that camp. I think the sooner we get these out, the better.

If you — as a matter of fact, the requests are piling up, right? Like I sent another request on Friday asking about the professor, Mifsud.

Now, this is important because in what I call the Mueller dossier, the Mueller report. I call it the Mueller dossier because Mifsud is at the beginning of this. He’s the first person supposedly who talks about emails from Russia that are going to compromise Hillary Clinton’s campaign.

You would think that Mueller would tell us who he is. But instead, he’s very tricky about how he describes Mifsud, because what we believe is that Mifsud is actually not some type of Russian asset as the Mueller dossier makes it out to be. We believe that Mifsud is, in fact, just some type of Western intelligence person.

He actually worked with our FBI and held conferences with the FBI. And this is the kicker of all of it. This is going to really I think make people — make people really laugh. So, the time we are starting our Russian investigation, OK, in early 2017, guess who was in the U.S. Capitol at the invitation of the State Department?