The Day Everything – and Nothing Changed 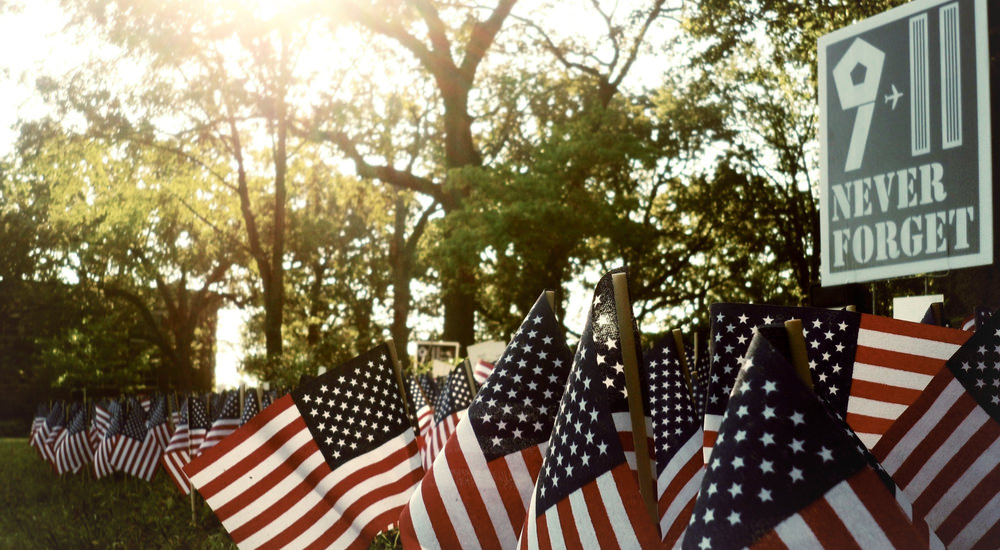 The attacks on the Pentagon and the Twin Towers changed forever the way America viewed the rest of the world. Even though we had suffered terror attacks before 9-11 most Americans still believed that we were relatively safe in our homeland. This was the first time the majority of Americans started to understand that Islamic Jihad was the most serious threat facing our nation. We would never look at the world, and our place in it, in the same way again.

As always happened when tragedy strikes, Americans started to come together. Churches were full, with many of the attendees people who had hadn’t been in a worship service in years, if ever. American flags appeared everywhere. Just as after Pearl Harbor, tens of thousands of young Americans volunteered to protect their nation. America had found a new purpose – fighting a common enemy, radical Islamic terrorism.

But for some people, nothing changed. Immediately haters on the Left like Obama’s “pastor,” Jeremiah Wright crowed that America had gotten what it deserved and that the thousands of deaths were justified. He gleefully shouted from his pulpit, “America’s chickens are coming home to roost.” He told his congregation that blacks should not sing God Bless America. “No, no no! Sing God damn America.”

And he was not alone. Leftists, Socialists, and Liberals had for decades cheered for the downfall of America. In their minds, America was imperialistic, greedy, arrogant and downright evil. Starting in 2009 they found a new leader in their America-bashing. One of Obama’s first acts as president was an apology tour. He apologized to Muslims in a Muslim nation, saying that America was not a Christian nation. He apologized for American leadership, declaring that “There is no senior partner and junior partner in our relations” with other nations.

And he threw America under the bus in France: “In America, there’s a failure to appreciate Europe’s leading role in the world. Instead of celebrating your dynamic union and seeking to partner with you to meet common challenges, there have been times where America has shown arrogance and been dismissive, even derisive.” All of these treacherous statements were made within months of his taking office.

The Far Right was just as wrong. Within days of the 9-11 attacks, they launched a campaign to “prove” that the American government was behind the terrorist attack. George W. Bush – not Osama bin Laden – was the master planner behind the 9-11 carnage. And, as with Pearl Harbor, some nut-jobs also claimed that the government knew the attacks were imminent but did nothing to stop them.

Nazi types had their own theories. The “inferior” peoples – blacks, Asians, anyone whose skin was not paper-white – were responsible for the Muslims hating America enough to attack us. If we were only “ethnically pure” all our problems would magically vanish.

And of course, there were the ever-popular scapegoats, the Jews. Little people always seem to need someone to look down on. And who better than one of the smallest minorities in the world, the Jewish people? Apparently, the Jews control all the money in the world, according to these haters. They run the international banks and charge the rest of us exorbitant rates of interest to finance their quest for world domination. Their evil intentions were the impetus behind 9-11.

Unlike the vast majority of Americans who know that this is the greatest nation ever to exist on the planet, the rage of “Make America Hate” crowd seemed to intensify following 9-11-2001. While most Americans were pulling together, helping one another and showing genuine love, the extremists of the Far Left and the Far Right stoked the flames of hatred, bigotry and violence.

Most Americans are good, decent, hard-working people. The majority of them belong to one of the two major political parties. Unfortunately the media tries to connect the actions of the Far Left violent extremists to the Democrat Party. They do the same with the Far Right hateful extremists by trying to connect them to the Republicans.

This makes for good press for the media companies and increased advertising revenues. But it does a great disservice to the reasonable people of both parties. It is also unfortunate that both the Democrats and the Republicans often buy into the media lies and start to see the other party as evil, hateful, racist, and so on. When both sides are calling one another Hitler, it’s hard to get anything done.

So what can we, the average American citizens, do to break this cycle?

When I talk to people all across this great nation, I see more and more of them who despair of ever seeing America becoming unified. I am much more optimistic than many. We will never see all Americans agree on anything. But if we take the actions suggested above, we will see the day when the voices of real, patriotic Americans will be heard once again.