The Dark Truth about Obama and a One-World Order 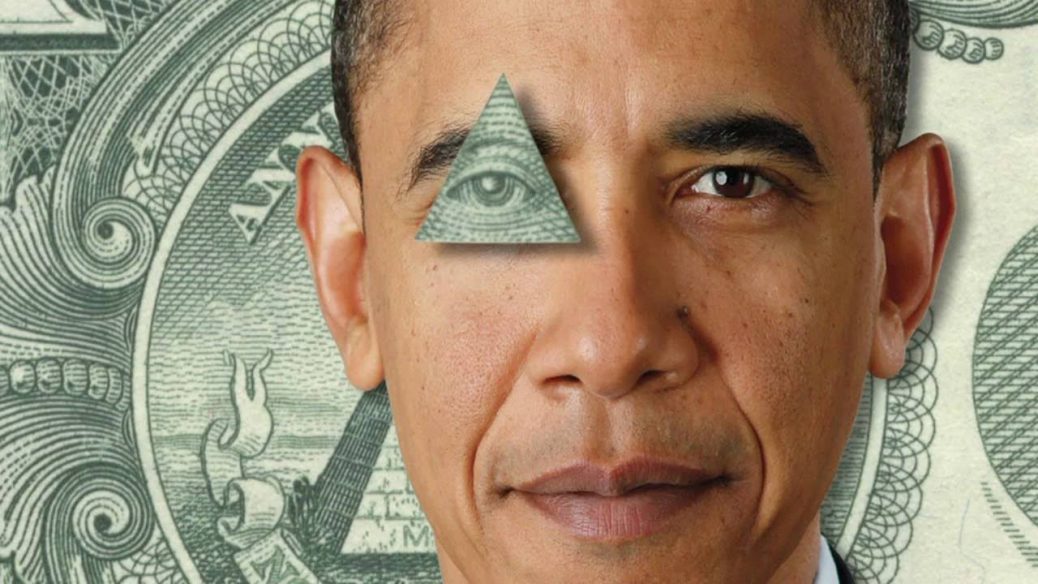 In response to a good question from a reader, “…which version is the truth, is it the full five minutes of the 19-second version of Obama’s speech?  This is a serious one either way.”

The nineteen second clip stems from a speech Obama delivered in Brussels.  The full video is five minutes and twenty-seven seconds with the nineteen second portion used to confirm what many have slowly come to realize; namely, there is a very active plan to bring all nations into the New-World Order.  Those brief seconds betray the thinking of the Global Elites which have publicly claimed the average citizen is not capable or sufficiently wise to run their own affairs, much less the handles of power and governing at the highest levels.

The 19-second clip, taken alone, can be labeled “confirmation bias” which is a tactic employed on both political sides of the aisle to push their agenda or ideology, and to discredit the message and messenger.  If the 19-seconds were made to stand alone this bias would be more arguable.  In this case, and given almost eight years of behavior that supports his words in the 19-second clip, I employed his words to demonstrate a certain mentality exists that for years people either ignored or gave wide deference to, and his chosen words actually support his myriad behaviors and positions.  He actually has a clear record and belief system in juxtaposition to the very words he delivered in the 19-second clip.  One does not need to make a mental stretch to see the belief system Obama has employed that mirrors the very nature of that which he spoke using as an example of what not to do.  On many occasions he trashes our Forefathers as privileged white men who created a country with class divide and a belief of exceptionalism, but in his 19-seconds, Obama praises them for breaking away from tyranny to build a country where individual rights were enjoyed and promoted.  The wording in his 19-seconds are typical Obama; in that, he sprinkles a nugget or two of the plan to basically transform America away from the principles of our Founders.  After nearly eight years, Obama’s fundamental transformation of America is just about complete, and terribly, terribly close to being irreversible.  The next 120-days will give us a mighty clue as to whether or not we as a country will be given a reprieve from Father God in answer to the prayers of the Remnant.

Dutch Sheets has taught: God knew when He established this Nation we would continue to move away from the Biblical principles our Founders followed and established as an exceptional form of government – never before tried; abortion would become rampant; divorce easy and as acceptable as abortions; becoming a country celebrating Sin and aberrant behavior away from God’s desire for our behavior, and all the rest of the ways of the underworld.  But God would raise up a Remnant who finally Appealed to Heaven.  I think the next 120-days will reveal whether or not there will be such an Appeal to Heaven here in America.  If not, then the 19-second message nicely tucked in the larger part of the speech will be the least of our troubles.

The 19-seconds section tips Obama’s hand hiding his face for a peek inside his beliefs, similar to his off-the-cuff talk on the street with “Joe the Plumber” during Obama’s first campaign; Obama was caught saying he intended to fundamentally transform America…many clapped without realizing what he was preaching; it was Marxism but few grasped his meaning dazzled instead by a cool, young, attractive black man who oozed charm.  Obama decreed he would bring transformation to every aspect of this country.  He has!  He has done the same with America’s standing in the world.  Obama intentionally has diminished America’s influence in the world.  This is not by some blunder, like Jimmy Carter practiced, but this is a deliberate transformation of American might giving way to Muslim Brotherhood consolidation of power throughout the Middle East, eventually leading to the surrounding and isolating of Israel.  This transformation is also a reality of Global governance into the New-World Order Obama is orchestrating by removing America as the historic checks N’ balance between good and evil in the world.  Obama learned as a community organizer how to use speech to bring people into compliance to whatever is the real agenda.  Usually subtle, many times hidden within a bigger message, much like subliminal advertising while watching a movie, and all-of-a-sudden you just have to get a Coke and candy but can’t explain why.

The senator who sent me the 19-second clip did so to simply demonstrate what she had attempted in numerous ways but only received labeling by the media as a “kook” and “tin-foil hat wearer.”  She remarked to me how wonderful it would be if many could only hear what some had attempted to share years ago about the work and goals Obama and his fraternity have in mind.  I believe the forces of darkness have unleashed a deception and betrayal by our own government, and most Americans, especially a preponderant majority in the church across America, simply do not or will not see.  May the Deaf and Dumb Spirit be removed!  I also believe Americans are shell-shocked at the myriad of crisis and burdening events taking hold over our country.  There is a fantastic statement in the book: “The Snapping of the American Mind” by David Kupelian which also fits my narrative about the 19-seconds taken out of the Obama speech.  “Americans seem shell-shocked by a president superficially depicted as incompetent, oddly disconnected, and blinded by ideology, but who upon closer examination can be seen invariably pursuing some deep and unspoken anti-American, anti-commonsense impulse in addressing every crisis confronting the republic.  Moreover, as we shall soon see, many of those crises have been purposefully created by Obama and his administration to advance a largely concealed agenda”.

I will close with this thought.  The deliberate and multifaceted assault on America’s traditional values is well planned, well-rehearsed, and maliciously released by the World’s Elites (here and abroad) to mock and repudiate the Judeo-Christian values that have been the very foundation of this exceptional nation.  The not hidden but public attacks on our foundational Christian beliefs and instructions are to create a fundamental transformation much further along than most of our citizens know; a full and complete attempt to transform people themselves into mere objects for manipulation and use by those pulling the strings.  This transformation’s agenda is intent on forever altering and abolishing the America we grew up in and love, and has existed under God’s protection and guidance, and altering and abolishing Americans, themselves, recreating them into citizens of the world community with no allegiance except to the one who will feed and sustain them.