The Danger of One Black Voice in America 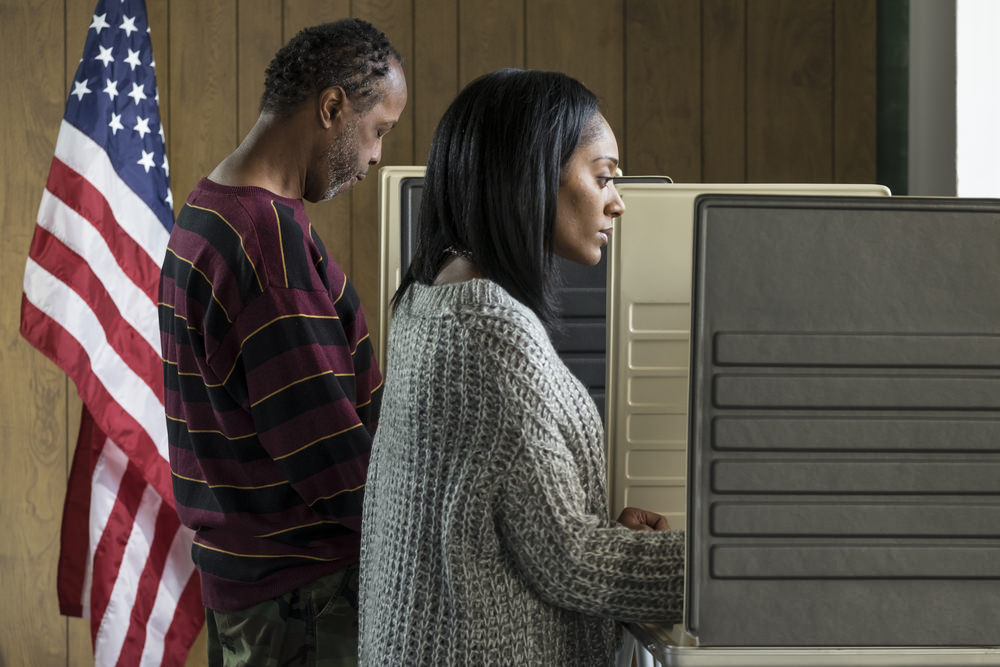 There are two political Parties in America: Democratic and Republican. Each party has its ‘base’, people who consistently vote in a particular way, without rhyme or reason. These are loyal voters who don’t care for issues or the quality of individuals running for office. Blacks in America happen to be one of those. On July 14, 2003, the NAACP held a debate forum among the Democratic candidates seeking nomination for the White House. On the podium were six candidates and four empty chairs representing no-shows: three Democrats and President G.W. Bush. The no-shows infuriated the NAACP ‘black’ leaders. As if to let blacks know how little their concerns were to the candidates, every Democratic candidate showed up for a later debate organized by a Latino group.

The percent of registration between whites and blacks as well as actual voting are not that different. On the average, between 1972 and 2012, 65% of eligible whites as well as blacks voted. This is in contrast to 48% of Latinos and Asians. Unlike every other ethnic group in America, however, blacks always vote as a single bloc in all elections. Between 1992 and 2012 election cycles about 90% of blacks voted Democratic.

It is understandable that low-income groups would choose to overwhelmingly vote for Democrats. There was the New Deal, war on poverty, civil-rights and affirmative action legislation. Although the strongest opponents were also Democrats, the Democratic Party has been very vocal about programs that are supposed to uplift the poor in the nation, if only by lip services. Because a large percentage of blacks were supposedly poor, it is logical for them to support those politicians who subscribed to the government’s social programs that seemed to benefit them. But blacks, as a group, are unique. While about 90% of blacks voted for Democrats in the past four most recent presidential elections, whites’ votes were divided almost equally between the two parties. At the same time, around 60% of Latinos as did approximately 50% of Asian Americans voted Democratic.

In years past the Democratic Party appeared to appreciate the support of blacks as their bloc votes helped the party overcome challenges by Republican candidates. From the elections of Bill Clinton and Hillary Rodham Clinton as president and senator respectively, to the successful senatorial challenge of Alfonse D’Amato by Charles Schumer, our black votes were contributory to Democrats’ victories.

But subsequent campaigns demonstrated that blacks have voted the same way for so long, the Democrats have taken them for granted. It is evident from the rhetoric of the candidates. Issues of importance to blacks include ethnic profiling, affirmative action, poverty, single-parent households, inner city violence, drugs-induced incarceration of black youths and teenage pregnancy. Whereas the candidates addressed immigration issue (Latinos and Asian concerns), no one except Al Sharpton in 2004 talked about important black issues. When they talked about education, it is almost always in the context of college education in an attempt to reach young whites and Asians, while sizeable percentage of black youths drop out of high school. When they talk about jobs, it was to satisfy the labor unions, but black unemployment doubles that of any other group. Although Latinos vote at much lower rate than blacks, Latinos distribute their votes between the Democratic and Republican Parties, so both parties woo them for those votes, no matter how small. Through it all, the Congressional Black Caucus remains mute. Members have their bread too much adequately buttered enough for them to worry about the concerns of the voiceless ordinary blacks.

The situation has not changed even with the election of Barrack Obama who is supposed to be a “black” man. If anything, it essentially eliminated those black complaints and concerns. It is as if the polity has decided that “one of them” is in the White House and that is good enough. In many instances, the plight of blacks in America in the past seven years has become worse. More are on welfare or disability, on food stamps and unemployment lines. Maybe because of what is now popularly known as “ghetto lottery”, we now have more black men killed at greater frequency than before. So much noise was made whenever a young black man was killed by a policeman, but nobody pay much attention to hundred folds killed by other blacks in the inner cities of America. It seems as if the only black lives that matter are those taken by a white policeman whose employer has a deep pocket for multi-million dollar reparation: “ghetto lottery”. While social media became inflamed because a gorilla was shot to death to rescue a four-year old boy at Cincinnati Zoo, nobody lament the black lives lost in the same Cincinnati or the fifty young black men shot in Chicago during the same weekend, and most of the shooting were on the South Side. Our ‘black’ president is only interested in the violence that involves white shooters at the neglect of what goes on daily in American inner cities. It is only for show to enhance his popularity. As our black people become more and more dependent on government services, so are their votes. We’ve now gone from “A mind is a terrible thing to waste” campaign to “Hispanic future doctors’ feat”. The silence from those who used to make a lot of noise suddenly became deafening.

The effect of bloc political allegiance by blacks is obvious. Sometimes, black congress members quickly reject apparent solutions to black issues simply because they are proposed by non-Democrats. The faith-based initiative was directed toward black communities in which the church is the center. It would have supported the rehabilitation of former prisoners as well as treatment of drug addiction. Black ministers who are closest to the people endorsed it. The Congressional Black Caucus, all of them Democrats, rejected it. The same was true of school vouchers. It would have given poor inner-city parents the chance to enroll their children in good schools, an opportunity most of our ‘black’ leaders have. Instead of celebrating the ascent of some blacks with alternative learning, ‘black’ leaders sometime provide the greatest opposition. They praise the public school and teachers’ unions, but their own children always attend private schools. Their hypocrisy is only exceeded by their self-centeredness. They are all too satisfied to be a single scoop of chocolate in a very large bowl of vanilla. From the president on down, our so-called ‘black’ leaders are only interested in proving to us that they are more equal than the rest of us. It reduces competition and guarantees that their children would succeed them as our ‘leaders’ of tomorrow. Our ‘black’ leaders are too eager to discriminate against other blacks outside the Democratic Party as exemplified by their treatment of individuals such as Clarence Thomas, Colin Powell, Bill Cosby and Condoleezza Rice.

You may ask: What damage is done by our voting as a bloc? Anyone who invests on the market on Wall Street knows the value of diversification. The consequence of bloc voting is that the Democrats will always take us for granted and the Republicans will tend to give up and neglect us. Unfortunately, those scenarios are already happening.