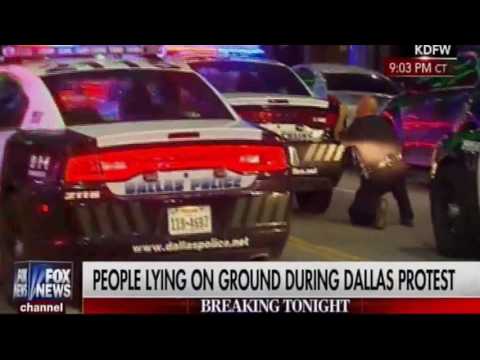 The parents of Micah Johnson, the BLM terrorist who murdered five Dallas police officers and wounded seven more, some critically, deeply lament their son’s choice to become a mass murderer.  Johnson had volunteered for the Army and served in Afghanistan.  What happened to him to turn him from patriot to America hating racist terrorist is up for debate.  Certainly his Facebook wall, riddled with pages from BLM, the Nation of Islam, and Black Panthers has more than a little to do with it.  What is not up for debate are his motivations that he clearly stated, which Obama refuses to acknowledge just as he refuses to acknowledge that the entire Black Lives Matter movement is based on lies (which is funny coming from a man who is always so quick to condemn police).

Johnson would not be the first American soldier radicalized by Islamic influence.  Muhammad targeted men such as him to persuade to submit to Islam, but appealing to their basest beliefs of being oppressed and treated unfairly.  The entire Democrat meme that Republicans are racists, that America is still a racist nation, is all predicated on the lies and propaganda of the liberal media.  Harvard Professor Roland Fryer, Jr., (proving once again that your humble correspondent is smarter than Harvard professors) had to do a massive research project to discover that there is no racial bias in police shootings, but in fact that blacks are shot less often in situations where shootings should occur than whites and Hispanics.  They do, however, getting physical alterations with police far more often.

As if her finances, emails, and Benghazi are not enough, Hillary has thrown her hat in the ring with Obama on the BLM lies.  Breitbart reported;

“Hillary Clinton used a CNN interview on Friday to completely embrace the Democrats’ claim that white people and cops must change to help reduce the number of African-Americans killed in tense exchanges with cops.” Quote, Hillary Clinton: “I will call for white people, like myself, to put ourselves in the shoes of those African-American  families who fear every time their children go somewhere, who have to have ‘The Talk,’ about, you now, how to really protect themselves [from police], when they’re the ones who should be expecting protection from encounters with police.”

The Real Issue: High Crime Rates in the Black Community