How the Dallas Cowboys Can Honor Dallas’ Fallen Police Officers 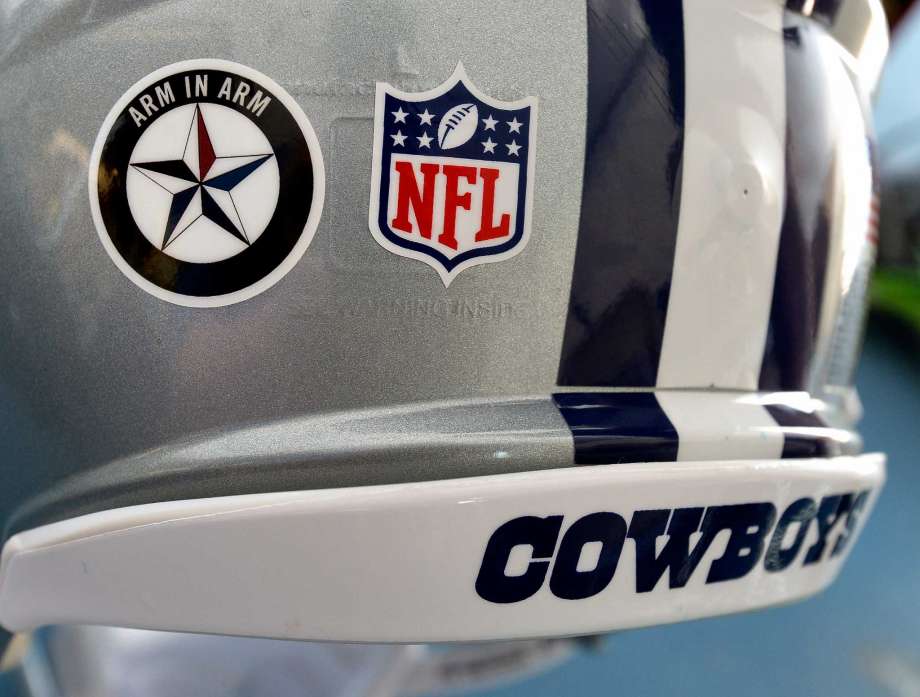 The Dallas Cowboys wanted to emplace a decal on the backs of their helmets in honor of the Dallas Police Department and the officers who were murdered this summer by a Black Lives Matter terrorist.  The NFL forbade them from wearing the decal because, according to Rush Limbaugh, they are afraid of the backlash by liberals and BLM terrorists who may attack the players and their fans at their games.  In contrast to the St. Louis Rams whose players walked into the stadium with their hands up in honor of Michael Brown, the “gentle giant” criminal who was killed while trying to take a policeman’s gun and kill him with it, the Cowboys would honor police that the entire Democrat Party is portraying as racist pigs murdering innocent blacks as the modern day white lynch mobs.

The lies that created the Ferguson fraud that directly resulted in a U.S. soldier being turned from patriot into terrorist, assassinating five Dallas police as they stood guard over a BLM protest and the wounding of seven others, continues to be promoted by the Left as the truth.  The Dallas Cowboys recognize that this homegrown terrorism is what is destroying America with their calls to disband police and give black gangs the right to “protect” their neighborhoods.  Instead they choose to honor the police who are all that stand between the good citizens of this country and the criminals who would grind them under their heels.  So, since the NFL refuses to allow them to wear the decals they must resort to another manner of honoring the police.

I suggest that, whenever the Cowboys play in their blue shirt uniforms, when they come onto the field they should stand shoulder to shoulder facing the flag and form a “Thin Blue Line,” and salute with hands over hearts and heads bowed for a moment.  This will touch the hearts of the citizens and their protectors more than any decal ever could.  After the insult and insolence of the Rams displaying a lie that Brown tried to surrender as a protest to a lie that police are racist murderers, this would be the greatest honor they could themselves display to the men and women who put on a badge to protect and serve the good people of America.