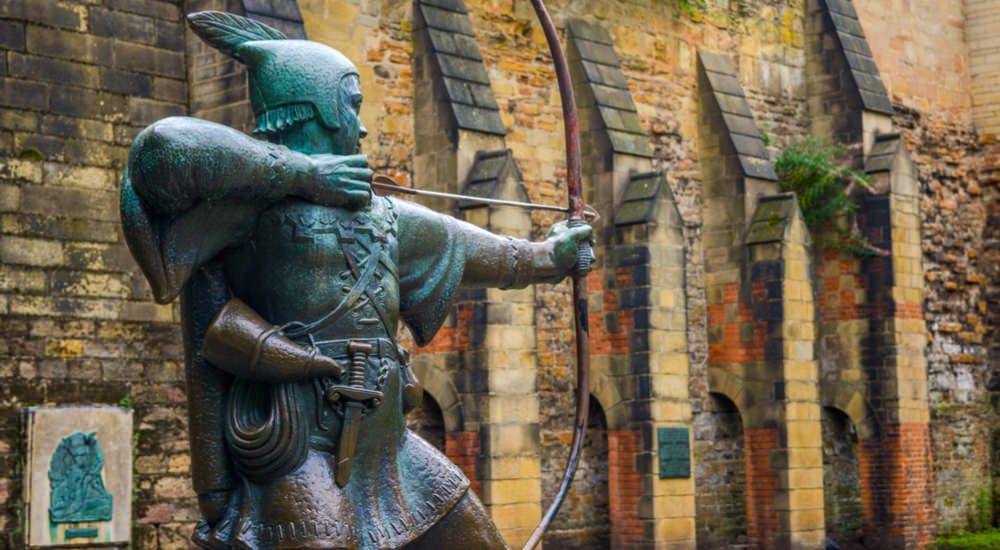 Only in legend—and our topsy-turvy political climate—can lawbreakers be treated like heroes. As an analogy, Robin Hood famously stole from the rich to give to the poor. While doing so, he ironically wore all green: the color of money. This bowed bandit took goods benefiting one group, the wealthy, and redistributed them to another. Thus, was this Sherwood Forest dweller, this “do-gooder” outlaw, the world’s first Bernie Sanders (I-VT) socialist?

Today, can’t any political scheme be rationalized via Robin Hood’s claim of good intentions? For example, when Democrats made their late night, locked door legislative arrangement—with zero Republican support that average Americans knew nothing about—that’s called Obamacare. Given their appropriation of one-sixth of the U.S. economy, Robin of Loxley would have undoubtedly been among their number given his own sticky fingered proclivities. Yet, if a similar takeover was perpetrated in the private sector, it’s likely criminal; or in DACA’s (Deferred Action for Childhood Arrivals) case at least unconstitutional.

How is stealing a quasi-legal status akin to citizenship not in the same vein as bank robbing? After all, in both cases something valuable is stolen by individuals with no legal entitlement to it. Complicating matters is the fact that such freedoms are intangible: in essence, more precious than Robin’s booty could ever be. So, rather than a higher penalty, our society’s lawmakers should reward such wrongdoing, again? For context, during the Reagan era, the Immigration Reform and Control Act of 1986 (IRCA) granted up to three million unauthorized migrants a path to legalization if they had been “continuously” present in the U.S. since January 1, 1982. Isn’t any DACA replacement, regardless of its particulars, singing from the same sheet music? Make no mistake: it’s politically correct amnesty for the undeserving. A popular and easy “fix” to low-information voters that bolsters the self-serving agendas of both political parties: cheap labor for Republicans, voters for Democrats. However, what’s politically expedient still is not right. Laws turned into Swiss cheese by Washington’s shortsighted whims are as effective as porous borders are safe.

Any democratic society must respect the laws that bind its members or it quickly degenerates into chaos, criminality and tribalism. Such is the ongoing occupation of America by an estimated 11 million illegals. Under the best scenario, even a handful of bad actors among this shadowy underclass are an existential threat. Who are they? Where are they? How do they support themselves? Where do their loyalties lie? How is any modern society to function without safeguards or a basic measure of cultural cohesion?

In any civilized society, lawbreakers go to jail for undermining society in various fundamental ways. Consequently, that outcome causes absences that divide families. Children from both camps, though no fault of their own, are made to suffer because of their parent’s unlawful decisions. In a nutshell, illegals’ offspring are “anchor babies” compelling D.C.’s current “compassionate” DACA doublespeak. In the name of their broods, why should illegals derive special privileges that no incarcerated citizen enjoys: to flout our laws with impunity, and escape consequences all to benefit their blameless loved ones? In other words, a good sounding excuse justifies almost any malfeasance. By that same skewed logic, should all convicts be liberated from America’s prisons solely to rejoin their marginalized children? The fact remains that both sets of law violators present a potential danger to everyone else. Even a crowd-pleasing rogue like Robin Hood would not abet such a grand injustice.