Cultural Appropriation is Evidently not Flattering 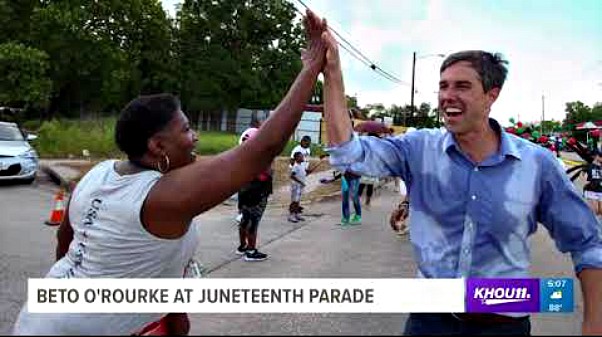 Unless you are a Democrat trying to beat a conservative Republican in a Senate race.

Take for example the modern day British Royal Family and in particular, the lovely Duchess of Cambridge, Kate Middleton – wife of Prince William. Ever since her engagement to Wills, she’s been the envy of England and the Western World.

Her hair, her clothing, shoes and jewelry – everything she wears becomes an instant classic and is sought by her female fan base. It seems not five minutes after she is seen in something new, fashionistas are searching the web for knockoffs. Throngs of women want to look and dress like Kate.

And last I checked, she doesn’t seem the least bit upset by it.

However for many, particularly leftist minorities, such imitation is not considered flattering, but cultural appropriation.

Wikipedia defines cultural appropriation as, “the adoption of elements of a minority culture by members of the dominant culture. It is distinguished from an equal cultural exchange due to an imbalance of power, often as a byproduct of colonialism and oppression.”

Okay – I get it now. Kate can’t get upset. She, by definition, is not permitted to be. After all, imitation of her, a whitey-white women, is merely taking from the dominant culture, which is permitted.

It’s very much like racism. One can only be racist if one is a white colonialist oppressor.

But what if you are a progressive leftist democrat politician running to unseat a real conservative “right-wing wacko” like Ted Cruz in the Texas Senate race?

And what if said progressive leftist democrat politician is himself a whitey-white man? Further – what if this white man appropriates a Latino nickname in order to better endear himself to his Hispanic constituents? Would that not be a condemnable offense?

Apparently not, because as we conservatives have said a million times, everything on the left boils downs to political power and control.

So white liberal, Robert Francis O’Rourke, receives a pass from the left for adopting the Latino nickname “Beto.”

Beto is known to be short for a number of surnames, including Alberto, Albertino, Berthony, Heriberto, Norberto, or Humberto. All are either Spanish or Portuguese. Beto is decidedly NOT short for Robert or Francis.

Robert Francis O’Rourke “Beto” O’Rourke travels Texas speaking Spanish as often as he is able, while leftist apologists defend his obvious appropriation by saying he spent most of his life in Texas, steeped in Hispanic culture.

Old Beto hasn’t lied about his roots, because he doesn’t have to. The leftist press makes certain he is never asked. And this may explain the reason he has been dodging a debate with Senator Cruz, who is fact, Hispanic.

Just imagine if someone like white Texas Governor Greg Abbott decided to go by the name Chico Abbott. The wails from the left of cultural appropriation would be loud enough to be heard on the Space Station.

And just think of how poor Rachel Dolezal feels. She, it seems, truly wants to be black. Not to garner votes, but just because she feels it. Or when a white woman is roundly condemned because she decides to braid her hair in cornrows, or simply wear hoop earrings.

All are condemned for their supposed theft of minority culture, yet old Beto just keeps on truckin’ from one “Música con Beto” to the next, with not a mention of the fraud he is perpetrating.