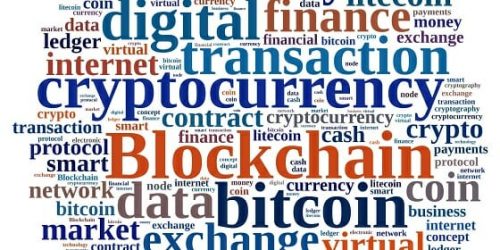 Archive link to this essay.

The never ending overdose of Bitcon coverage in the press and on social media would have one believe that the manna of financial subsistence is leading us all out of the wilderness. Whether this crypto circulation of a promise to pay is actually a currency is very much an open question. What we do know and can take to the bank is that it is not legal tender. In the globalists world of central banksters all money if fiat and species is relegated to a numismatic coin collection.

How ironic that the hypsters and shameless touting charlatans have promoted prices driven by greed or the fear of missing out as Bitcoin vs history’s biggest bubbles mounts. The current generation proves their lack of economic acumen by ignoring the principles behind Gresham’s law, “bad money drives out good.”‘More exactly, if coins containing metal of different value have the same value as legal tender, the coins composed of the cheaper metal will be used for payment, while those made of more expensive metal will be hoarded or exported and thus tend to disappear from circulation”.

Now the supra idealists will claim that using the underlying technology of blockchain, the banking system is being circumvented and transactions are conducted outside and removed from the clearing system of wired transfers or currency conversion.

Before one goes wild with such a noble objective, there are two slight problems with this naïve assessment.

1) Bitcoin or any other competing cryptocurrency is not legal tender recognized by state edicts for payment and settlement of governmental obligations.

2) The financial elites, who make up the Central Banking system by lending out funds, at interest, and fees for transition into a different medium of exchange will not willingly give up their monopoly over money creation.

Further complications posed to varied governmental taxation agencies does not bode well for allowing an unobstructed encouragement for skirting the reporting and collection procedures for their pound of flesh.

Using the normal scare techniques to peddle this new rage of speculation, the insightful Michael Snyder warns ‘Demonization is the first step toward making something illegal’. He goes on to cite a report in The Washington Post Ominously Warns That Bitcoin Is Being Used By ‘Extremist Groups that illustrates the point.

Before you get discouraged, our favorite and reliable business site, ZeroHedge provides a different stage in the evolution of crypto usage in the article, Japan’s Largest Bank Is Preparing For A Bitcoin Exchange Collapse.

“So in a move that could go a long way toward legitimizing the burgeoning crypto market, Japanese banking behemoth Mitsubishi UFJ Financial Group which is  Japan’s largest financial group and the world’s second largest bank holding company – through its trust and banking unit – is preparing to launch a service that will allow individual investors to secure their bitcoins in the event an exchange should fail again, according to Nikkei Asia Review“.

So what is exactly going on and behind the blockchain innovations that has the financial community burning the late midnight oil? As with any effective deception, the ruler’s blind hand of concealment needs to shift the attention away from their own fingertips.

Once again, Mr. Snyder hit the mark in Are The Banksters Creating Their Own Cryptocurrency Called ‘Utility Settlement Coin’?

“Independently-controlled cryptocurrencies such as Bitcoin, Ethereum and Litecoin may or may not survive in the long run, but blockchain technology is definitely here to stay.  This technology has revolutionized how digital financial transactions are conducted, and it was only a matter of time before the big boys began to adopt it.  Previously, I have written about how the Washington Post is hyping something known as ‘Fedcoin’, but Fedcoin does not yet exist.  However, a digital currency that uses blockchain technology that is called ‘Utility Settlement Coin’ is actually very real, and it is currently being jointly developed by four of the largest banking giants on the entire planet.  The following was recently reported by Wolf Richter…

UBS, BNY Mellon, Deutsche Bank, Santander, the market operator ICAP, and the startup Clearmatics formed an alliance in 2016 to explore the use of digital currency between financial institutions and central banks, using blockchain.

The ultimate goal of the project is to create a digital currency known as Utility Settlement Coin (USC), which will facilitate payment and settlement for institutional financial markets”.

For serious financial observers that have acquired a sophisticated skepticism of the money power brokers, the goal of establishing a cashless society has been a major objective of globalism as demonstrated by the war against gold for centuries.

In a salient disclosure, the driving creator of the Freedom Exchange 1776 Token is Kent Lewiss. His guidance indicates that for any cryptocurrency to become successful, it has to function as a CURRENCY. A function of his Freedom Socialsite features product and service categories. This attempt to actually spend the 1776 Token represents a departure from the craze of buying Bitcoins because the price is rising.

Well, how sound is the notion that Bitcoin will continue its abnormal climb in premium outlay?

Most exponents of blockchain technology assume that the decentralized components of the open source networks will ensure privacy and transparency. Nice aspiration but when was the last time financial transactions were confidential?

Yet the real systemic issue that plagues cryptocurrencies rests upon a finite origination universe of chips used to tally their worth. Any money supply needs to grow with economic expansion in activity. While the Federal Reserve issues fiat debit created obligations and calls it money, the proponents of a digital medium of exchange maintains that the backing of a computerized data vault of security, will certify its market price.

A brief history of Bitcoin hacks and frauds does not insure the surety of proof in value. The term treasure has a specific meaning for a reason. At this point, the chances are better for finding pirate gold doubloon from the “Money Pit” on Oak Island. Beware, cryptocurrencies are not an investment, nor are they a viable depository of wealth until public acceptance as payment is achieved.