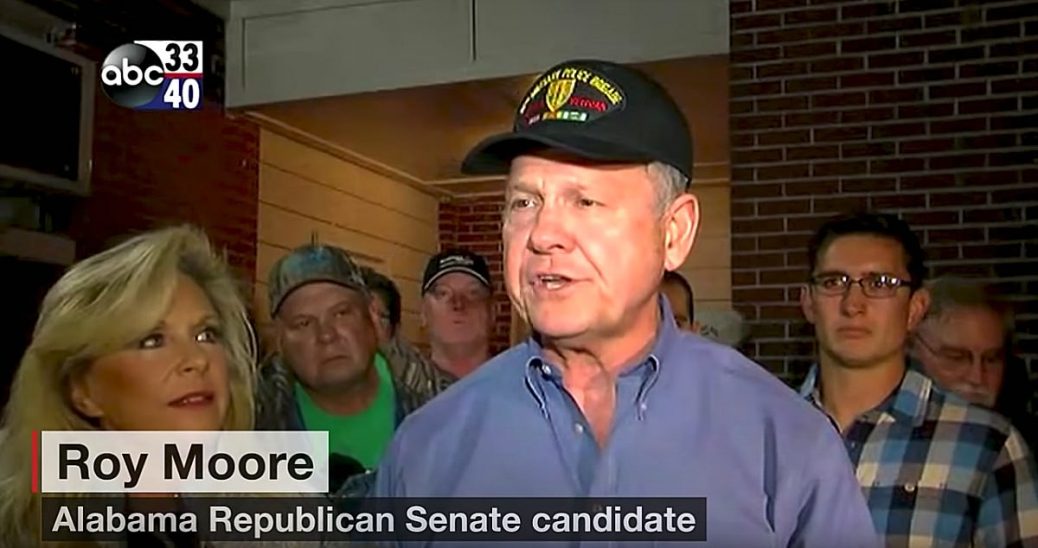 There are five kinds of people in the world.

McConnell wants Moore out and try a “write-in” candidate

How easily people are fooled

Senate Majority Leader, Republican Mitch McConnell, says he finds the stories of the women accusers of Moore “more credible” than his denials.  Wtf does that mean?  Is this old law wherein the accusers vs. the defendant count more because of their number?  Is McConnell using the old liberal BS of “he doth protest too much?”  You know that he fully knows how fraud works.  Everyone knows how easy it is to pay a pathological liar to tell a lie to frame an innocent person.  Democrats have a long and sordid history of mud-slinging, lying, and character assassination.  Former Democrat Senate Majority Leader Harry Reid is very proud of his lies that sank presidential candidate Romney in 2012.

Democrats are very proud of their lies

Likewise, David Axelrod, who got a female neighbor in his own apartment building to make such sexual accusations against Herman Cain, tanked his campaign.  They did the same to McCain in 2008, but back then the swamp came to his defense.  Unlike Bill Clinton, whose accusers spoke out against him for decades only to be crushed by Hillary, for forty years no one has ever accused Moore of acting sexually inappropriately until a month before his senate election.  Is McConnell just stupid, easily duped, or is he deliberately trying to torpedo a Trump supporter from getting into the Senate?  Is this Swamp Rat so desperate to sabotage Trump he’s willing to give up a Senate seat to Democrats to do it and thereby sh*t on every voter who selected Trump to be President?  Moore won over McConnell’s pick in the primaries because Republican voters want congressmen who will support Trump and the conservative agenda rather than obstruct him.

Republicans are in trouble in 2018, but not because Trump voters will turn to Democrats.  But because we will work to oust every turncoat Republican RINO who acts against us!  Every Republican who joins with Democrats to speak out against Trump I will vote against in the primaries.  I was gratified to see that my own Texas representatives in Senate and House all qualified their statements that Moore should only step aside if the allegations were true.  Swamp Rats like McConnell, McCain, and others all call for his ouster on the basis of false accusations.  On that basis both of these men should be ousted from Congress without pension for being guilty of the same thing, i.e. being falsely charged with unethical sexual misconduct.  I will not donate one penny to the GOP ever again!  From now on I will only support individual campaigns in which I believe.  A reasonable man would say Moore should step down only if these allegations are proven to be true.  Only unjust, unrighteous men would say he should be disqualified on the basis of lies.  These Swamp Rats need to go!  What must Americans do to flush the corruption in Washington?  For one thing, stop believing leftist lies and those who ally with them.  Washington has enough Swamp Rats that they could impeach Trump for any reason.  That would certainly make the leftist America haters happy.  Were they to do so what recourse would be available to the good people of America who love this country short of a second Revolution?  I believe McConnell knows this and that’s why he’s working to undermine Trump rather than take him on directly.

Abortion—The Issue that Will Not Die
January 24th, 2021 TCP News

Biden Orders Release Of All Illegal Aliens In Custody – Upwards Of More Than 14,000
January 24th, 2021 Sons of Liberty Media