Crucify the Soldiers & Reward the Generals 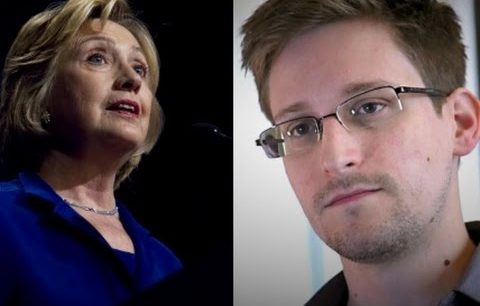 What a way to fight a war.  The ground troops committing the atrocities are the major focus of the campaign while the leaders and suppliers of weapons and material are approached with “diplomacy” and trepidation. Is it any wonder that we have a long term slog with no definite end in sight?

How can the mightiest country the world has ever seen be so convoluted in its war strategy that it fights the peons while leaving the instigators and promoters unscathed?  This can all be traced back to the acceptance of a corrupt moral code that sacrifices the good ( our soldiers ) for the evil ( the perpetrators of the terrorist activity ).  This sloppy ancient diatribe of gentle caring mush applied to warfare has left us with a lost vision of victory and day to day plodding that is leading nowhere.  We are granting time for people in leadership positions in Iraq to stumble through a trial and error methodology that is unpredictable in outcome and leaves the endpoint undetermined.

This is not the way things need to be but our glorious production machine so well thought out and fine tuned has no counter part in the world of strategic planning for security of our capacity to produce. This is like putting up a factory in the depths of a gang ruled neighborhood and hoping the presence of a cathedral of earning power will be left alone in the midst of thugs and crooks looking for ways to dismantle and rob. If security for our citizens is to achieved , should not also security for our armed forces be paramount?  Can we afford to watch our troops be sniped at and bombed to give a bungling bunch of pretentious blowhards time to figure out something they never initiated before we arrived and have not fully embraced yet. The noble sound of giving the Iraqis democracy is neither noble or practical. You cannot give someone something they have no idea how to implement .  Its like giving a computer to a buffalo.  And all of this “freedom’” we are presenting is only avoiding the establishment of security by allowing renegade militias to operate simultaneously with a dully elected government.  This in terms of a condition of the country’s political status qualifies as civil war.  We had the same thing in this country.  We had a legitimate government and a rebellious government and we had war.  What is different in Iraq?

Equally important is to cut off the head of the snake.  Terrorist sponsoring nations should not be allowed to fund and promote their agendas.  We need to set sail with ships, troop carriers and air deployment to indicate we are not interested in “packages” unless they are delivered via bombers in the sky over their heads. Then if they want to talk maybe we’ll listen but only if we can be led to believe they can be trusted.  Trying to pick off the underling snipers and roadside bombers is about as effectual as spraying a stray wasp and leaving the nest to produce more.

The big dogs running this terrorist campaign are not hiding in caves.  They’re preaching to the United Nations and to Harvard students and all because our leaders have a foolish notion they don’t know who is ultimately behind this.  Getting leads from prisoners after hours of interrogation for middle management thugs while trying to diplomatically approach the grand poobahs of hate is something out of a children’s book of fables.  Is it really so hard for our leaders to point the finger at those they have already called an axis of evil and treat them accordingly?  What credibility can be found in policies that call for preemption and practice appeasement?  The doomocrats think they have an opportunity to gain power.  The fact is they must try to  hide  their ineptitude in dealing with national security and this will only degrade their status further.  The American people want to hear the words that resonate victory, but they want appropriate action to follow those words. We can’t even get the words from the Democrats. The hollow ring of the Republicans is what is battering their poll numbers.

There is a parallel between the way the war is being fought and the way the politicians are running for office.  They’re counting on the ground troops to get the vote out and the generals standing on the stump are hoping what they have to say is being ignored.  Running the war looking for the bit players and ignoring the giants bellowing in our faces has too much similarity to be coincidental.  This policy and strategy doesn’t deserve to win elections or wars.  It needs to  be exposed, confronted and rejected. Let the rally begin.