Creation – Why Christians Must Believe It 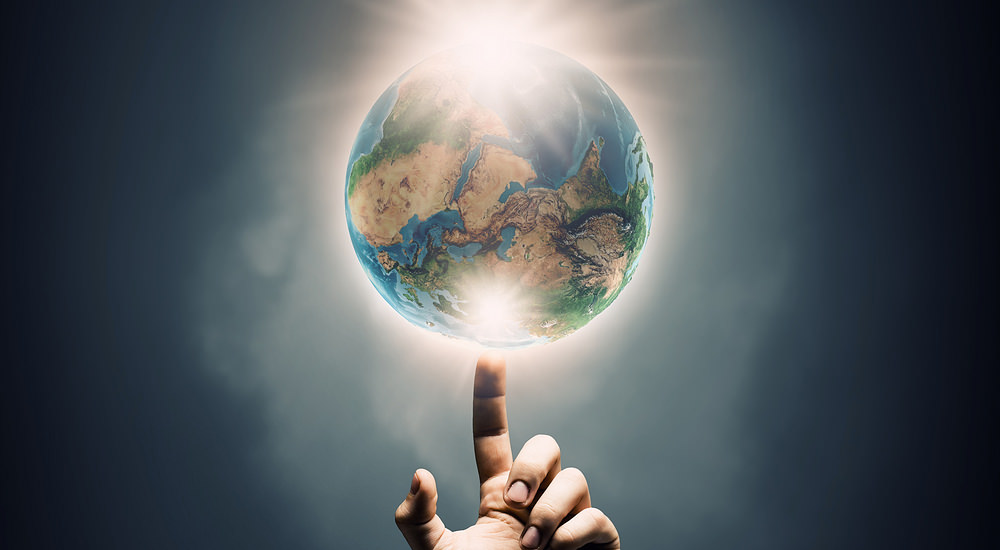 Many modern Christians think belief in the Creation, as set out in Genesis, is an optional extra; we can accept it or not. Some believe Adam and Eve were not an actual pair of people, but that these are the names given to Mankind in general. That is, ‘Adam’ represents all men and ‘Eve’ represents all women. They then say the Creation account is just a story written to allude to spiritual matters only; the serpent was not a real serpent but was a spiritual ‘type’.

Christians who think this way sometimes try to tie-in their 21st century theological view with the theory of evolution and so can be called ‘Theistic Evolutionists’. Basically, they believe God started everything, but on the road to a long drawn-out ‘creation’, through the medium of the evolutionary process. Once He put it all in motion, He just sat back and let evolution take over.

Others (including some who call themselves Christians) do not even ascribe the very beginnings of life to God, but say it was the result of the Big Bang (which is itself discredited by the scientific fraternity, and no longer has much weight for many evolutionists). So, what can we say about it all? Countless believers today think it is a fuss about nothing. They say that so long as we believe in the ‘essentials’, we may differ on ‘non-essentials’… such as ‘supposed’ Creation.

Are they right? Should we just love each other to bits and allow these ‘minor’ differences to get lost amongst the dusty thoughts of yesteryear? It makes no difference to the gospel, they say, so why fight over it?

Then there is yet another point of difference: were the days of Creation (assuming that it actually took place, that is!) literal 24-hour days, or vast periods of time (thus accommodating the theory of evolution)? What do YOU think? The stark fact is this: Evolution is a lie! Therefore, theistic evolution, that cowardly white-flag of weak and ignorant Christians, is nonsense.

Did you know there is NOT ONE PROOF for evolution theory? Do not get confused; there are plenty of evidences, but not one ‘proof’ (I might show you the difference in a separate, future article). Those who think they are clever and say they believe in evolution, should acquaint themselves with the vital difference between ‘proof’ and ‘evidence’. There can be plenty of evidence for, say, a car crash, but the evidence might not provide actual proof of the cause or, of who was at fault. Proof is cast-iron support for a particular theory, whereas evidence is just a piece of neutral information.

To date, over a hundred years after Darwin first published his fanciful theory (it is not even a full theory, but only a weak hypothesis… and that is being charitable), no-one has ever found a single ounce of cast-iron proof for evolution. Now THAT is fact!

But, a far more important truth stands above all else. It is the one truth that should cause all Christians to examine themselves: that is, ‘GOD SAID’! God said He created everything in six literal days. So – that’s that! No argument! It does not matter if scientists contradict this (they have no proof anyway), for whatever God says is law and sufficient proof. Anything Man says contrary to scripture, is a lie. And just to add to it – all the chapters in Genesis dealing with this are history, not poetry.

Surely this is blind faith, flying in the face of truth? Let’s laugh at those poor Christians and make them look like idiots for believing in something they can’t prove – the existence of God. No – it is true faith based on the word of God. If we do not have this, then we have nothing. God’s word is either true or false. It cannot be a mixture of truth and lies. And let’s be blunt – if there is no proof whatever for the existence of evolution, shouldn’t we laugh at evolutionists instead? Titter, titter, smirk, scorn? I have read a LOT of evolution material and it doesn’t make sense. All of it is conjecture and opinion. Educated guesswork.

Ever watched ‘Walk with Dinosaurs’? Great videos. I’ve got the whole set. But, not for their scientific worth. I watched them as a fable, a film of invented ideas. Go to the very first episode and hear a GRAPHIC DESIGNER tell us that the entire collection is made-up. He looked at isolated bones and guessed what the whole animal looked like. He then constructed the animals on his computer, guessed how their skin looked, guessed how they acted, and guessed how they moved! That is the sum total of dinosaur knowledge. Yes, scientists can learn from scraps they find, but nothing shows us the whole animals.

Furthermore, scripture itself tells us that six-day Creation is a reality. For example, the whole of Genesis chapters one and two contain literal forms of Hebrew. NONE OF IT IS FIGURATIVE! Even minor references in these chapters are literal, thus underpinning the literal sense of the account.

Each ‘day’ mentioned in these chapters is a literal 24-hour day, despite the unfounded cynicism of some. It is true that the word for ‘day’ can also be translated as a long, undefined period of time, but such an interpretation is IMPOSSIBLE in this case! The account of the making of Adam and Eve also uses literal wordings and cannot be interpreted any other way – unless, of course, you wish to twist them to fit unsubstantiated theories! (For full details see my website and creation.com).

Adam and Eve were real people; the two who began mankind on their own. Mathematical analysis has shown the large population that existed before the Flood (Noah) could easily have come from just two people, so what’s the problem?

Creation contains the kernel of a number of vital doctrinal statements, so to lose the literalism of Genesis chapters one and two is to lose the entire Bible as Truth. That is why it is important.

It is also why sceptics and atheists want to silence creation accounts in schools and universities – it stops their clear run of delusion and deception. Of course, they scoff and call creationism ‘myth’, but they fail to show that their ideas are myth, built on half-baked ideas and very weak hypotheses based only on guesses. I challenge them to read serious creation material and find scientific fault! I mean REAL fault, not just holding a different opinion. Remember that when people silence a whole raft of ideas it is because they either KNOW what they are silencing is true, OR they are afraid they might be true! (That’s a point of psychology). Let the market-place of ideas decide. Let true science find the answers. And get rid of all the silly stuff called ‘evolution’.

Instead of ditching scripture, try listening to David Attenborough, TV’s arch-deceiver! Fabulous photography, ridiculous cartoon script! Learn the language used by evolution: ‘This could be’, ‘changes over millions of years’, ‘so fish came onto land and…’ There are so many unproved and unprovable statements made by dear David. It would take an eon of time to examine each statement!

Talking of which, Robert Carter, a geneticist and former evolutionist turned real scientist, recently said “I quickly realised that evolutionary ideas (including eons of deep time) are part of a failed paradigm that exists only in the minds of deceived men, not scientific reality.” Of course (yawn) evolutionists will smirk and say that Carter must be deluded himself. But, Carter is a top-flight specialist. The first step when trying to scorn someone is to try to make them look stupid. Oh well, if they enjoy themselves!

There is even more reason to believe in literal six-day Creation: real ‘Faith’ is based on concrete reality, not on blind theories with no basis. It is the evolutionists who have an irrational blind faith! Anyway, if some of you want to now have a big belly laugh, please do so – it won’t affect me at all. Boring. I’ve heard it all before. I just remind Christians that literal six-day Creation is a potent reality and understanding it as truth is vital for any true biblical faith.