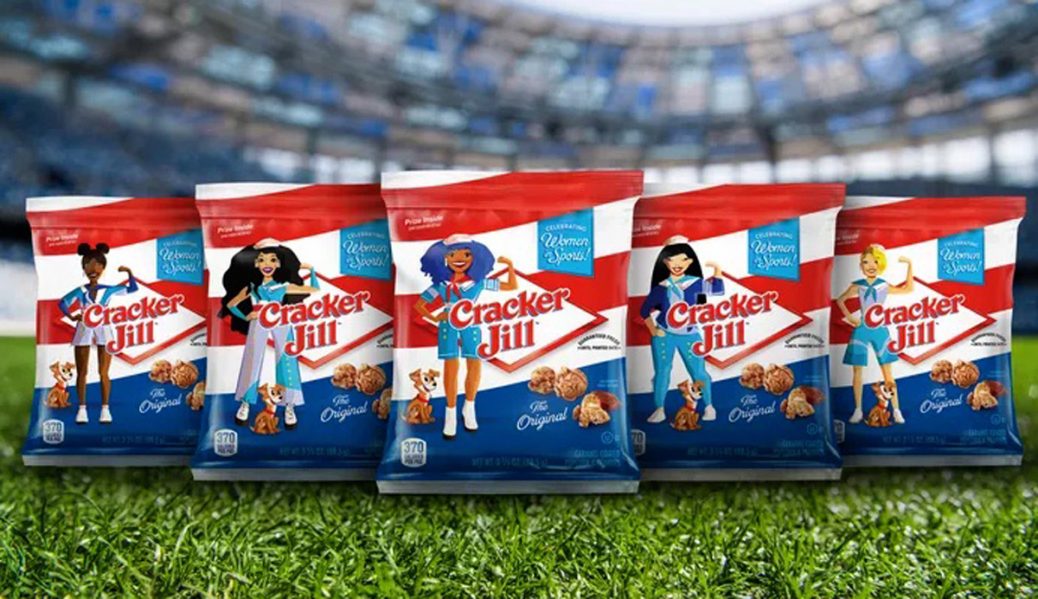 Cracker Jack is the latest American institution going woke after owner Frito-Lay announced that it is cancelling “Jack” and replacing it with “Jill.”

On Tuesday, the snack company announced that it was jilting Jack in conjunction with a $200,000 donation to Women’s Sports Foundation.

Frito-Lay added that its new Cracker Jill characters seeks to “celebrate the women who break down barriers in sports.”

The Cracker Jack brand is becoming 'Cracker Jill' in an effort to recognize the many accomplishments of women athletes. The specialized snack bags will be available in MLB ballparks across the country this baseball season. pic.twitter.com/tfE9xVAUbs

“We are constantly inspired by the many women who are making history by breaking the mold, and we want to celebrate their achievements while supporting the progress,” said Tina Mahal, vice president of marketing at Frito-Lay North America.

“Cracker Jack has been part of sports for over a century, as records were made and rules changed. We’ve been so inspired by how girls and women are changing the face of the game, so in this spirit, we introduce Cracker Jill to show girls that they’re represented even in our most iconic snacks,” Mahal added.

The company has also released a new ad to push its Cracker Jill products featuring singer Normani singing “Take Me Out to the Ball Game.”

Apparently women in America are so weak and needy that they can’t take donations for their sports from a candy with a male name.