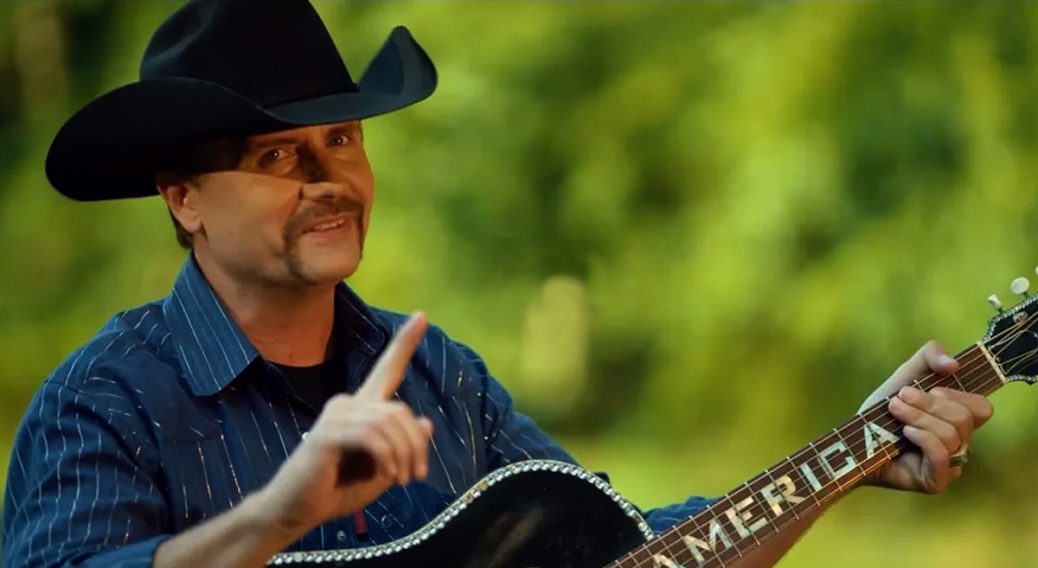 Country star John Rich made an end run around the woke music industry and put out his own anti-woke song and it ended up hitting #1 on iTunes in only a few hours.

Rich told Just the News that he thought he just might have a chore releasing a song that tells leftists to “stick your progress where the sun don’t shine” and get it played on the radio or distributed by the industry.

So, he made an end run around all that and put the patriotic tune out himself, releasing his new song “Progress” on Truth Social and Rumble.

Rich’s decision was quickly rewarded when patriots went wild for the tune and drove it up the iTunes download chart in but a few hours.

“Here I am with no record label, no publisher, no marketing deal,” Rich told Just the News. “I just got a song that speaks to a lot of people, and Truth and Rumble pushed it out there. And man, I’m really proud of what we did today.”

Rich said that while most country fans and artists have remained true to the roots of country music and its values, the marketing and distribution machines have increasingly become woke. So he suspected that traditional radio station groups, record labels and social media like Twitter would shun or shadowban his new song and its conservative-friendly theme.

That’s when the idea of trying Truth Social and Rumble as an experiment was born.

“When I’m talking about them shutting down our voices, I’m talking about Twitter and YouTube and Facebook,” Rich said. “And I thought, you know what, I’m gonna reach out to Truth Social and reach out to Rumble because they still allow free speech over there. Why would I launch this song on the platforms that I’m railing against in the lyrics?”

Rich went on to say that this may be the best way to release new material in this new media world.

“I think without a doubt, it is a path forward,” Rich told JTN. “It is bypassing this machine that they’ve built, going right around the machine, going right to the people.

“It means that if you bring the right content, and you have people like Truth and Rumble that will get that message to your core audience, you can beat the machine that’s been put in place to keep people like me shut down.” Rich said.

Here it is, folks. Enjoy:

Here are the great lyrics:

There’s a hole in this country where its heart used to be
And Old Glory’s divided on fire in the street
They say Building Back Better will make America great
If that’s a wave of the future, all I’ve got to say
(chorus) Stick your progress where the sun don’t shine
Keep your big mess away from me and mine
If you leave us alone, well we’d all be just fine
Stick your progress where the sun don’t shine
They invite the whole world to come live in our land
And leave our countrymen dying in Afghanistan
They say let go of Jesus, let government save
And you can have back your freedom if you do what we say
(chorus)
They shut down our pipelines, and they shut down our voices
They shut down our Main Streets, and they shut down our choices
They bent us all over, but it’s all over now
‘Cause we’ve figured it out, we ain’t backing down