Does a Country Need a Border? 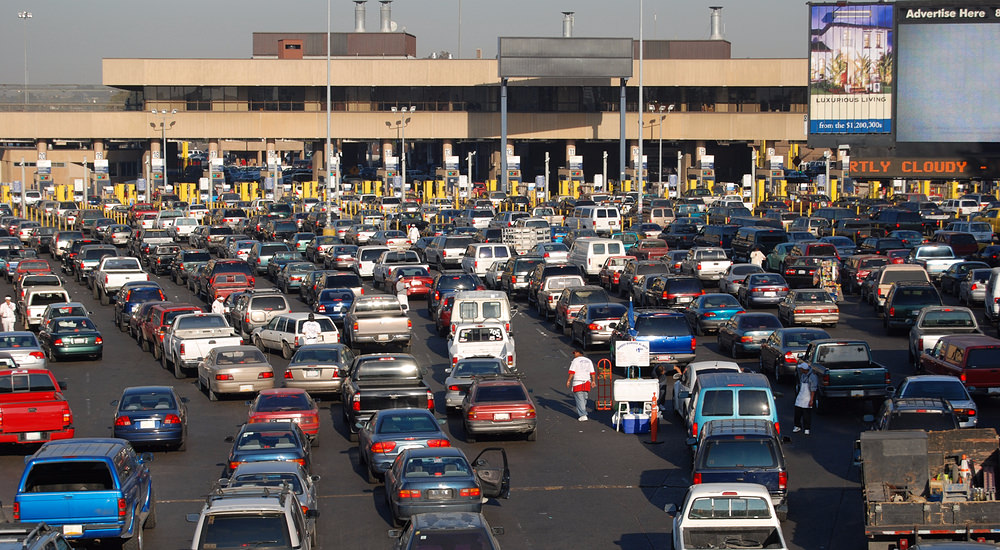 A border defines the geographical location of a country, but beyond that what other purpose does a border serve? It is a line that tells those who cross it that they have entered a place where the rules may be different than the country they are leaving.

All countries have rules to maintain stability. The American Indians did not have clearly designated boundaries and being nomadic, borders served little purpose. As civilization developed and the concept of private property was implemented a need for boundaries became necessary. For how could private property in the form of land ownership be implemented without clear borders? A country recognizing private property rights and protecting these rights must carry out that function to the limits of its jurisdiction. The outer most limits are the country’s borders. In cases where the country doesn’t recognized private property such as a socialist country where the state owns all property, borders are still necessary. This dictate must also be bounded if it is to be maintained as a publicly owned property.

If there were no boundaries in this instance any private squatter could disrupt the dictate claiming he was not part of the socialist country. Boundaries are necessary for outlining where rules derived by the political body within those boundaries extend to. In the case of private property protection, borders just like the interior property lines must be delineated and respected. This is the only way to prevent wanton trespassing and the violation of the private property rights of the land owners. If a person wants to enter a country that protects private property rights and doesn’t respect those rights, they are trespassing. Therefore they are violating the law and charges can be filed against them and they can be prosecuted. This is what happens to citizens within the country if they trespass and it is the law of the land.

This is largely being downplayed in Congress. There is the “concern” with labor needs and the concern with letting the problem become so big that a pragmatic solution is termed “comprehensive”. The issue should be centered around private property and the violation of this right via trespass. For people who do not respect private property or a country that defends this right, are demonstrating an inexcusable ignorance of what is necessary for individuals to control their property. This means whatever they intend to earn and possess i.e their property, must also be protected. Coming here with the desire to work and buy and own is only a realizable dream if the property they earn after they get here is protected. How do they expect the government to protect their private property rights after they have gained entry by trespass? It is law enforcement’s job to enforce private property rights against trespass and it is the state and federal law enforcement agencies job to back up the local agencies just as they would be called upon where more resources were needed. This is one reason why the current situation on the Mexican border has gotten out of hand.

Whenever Congress loses track of principle and goes into its panic mode we get such elements as the border patrol. A special police force to deal “politically” with what should be a straight forward private property violation. This is indicated by the recent putting of the national guard on the border to “back up’ the border patrol. There is no specialized training needed to arrest and prosecute trespassers but our foreign policy is so convoluted and “sensitive” that we are numbed into believing only the specialists can handle any phase of international contact. This is typical Washington hogwash. If we have laws that are passed by Congress and in line with the Constitution, such as the protection of property rights, then it doesn’t matter who or how many come into the country. They have entered via trespass and law enforcement should do what they are paid to do which is enforce the law. Passing the buck to special agencies is the old mistake of splitting responsibility where no one is responsible. We’ve heard the phrase “ not my job” all to often in this debacle. No American citizen expects to be rewarded with a forgiveness clause for trespassing nor should a person coming into our country whose first act is to trespass.

Accommodation for potential voters is the principle Congress is adhering to and this is not their charge. They know this country has laws against violations of private property but as usual they are pretending the big issue is what are we going to do with people who have gotten into the country .

The answer is simple. Make clear that trespassers will be arrested by whatever law enforcement agency has jurisdiction for that area backed by state and federal authorities if requested. Anyone showing up without legal citizenship or a legal document will be subject to trespass charges. And last but not least, begin the dissolution of entitlement programs that act as an incentive for trespass.

During the Depression there were American workers who did all sorts of menial jobs but they didn’t have a welfare state that allowed them to collect a check for staying at home and watching TV. They did those jobs and were glad to get them. There would be plenty of American workers to fill “jobs Americans will not do” if it was either work or starve instead of the receipt of redistributed tax revenue in the form of a handout. How many of these American workers are unwilling to do menial work , shovel their sidewalks or mow their lawn? You could not design a more destructive political avalanche than American politicians have created by their lack of adherence to principles and short sighted career advancement. Yet they stumble on posturing that they, like the Wizard of Oz, know what to do and will grant your every wish.

They who have not created boundaries on their behavior are now confronted with a boundary violation of their own making ,where they cannot haul a private individual into their Star Chamber to pick at like crowded chickens and blame. Oh they want the employers to help enforce the law but that isn’t the job of employers. Stopping trespassers is a law enforcement function, it is not a legislative function. The law is on the books. As Larry the Cable Guy says, “ Git-R-Done”.