Country Music Stars Should Know Better Than to Dis the Police 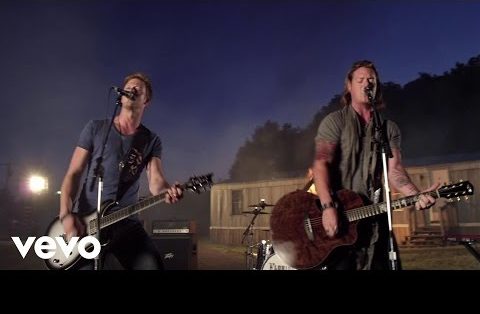 Country stars have always espoused hard work, the military, the flag, traditional American values and certainly a reverence for our police officers.

Big names like Brad Paisley and Carrie Underwood have even poked fun at liberals and democrats on the national stage.

In 2013 on the nationally televised Country Music Awards, you may recall the two, who hosted the event, even sung a duet called “Obamacare by Morning,” where they lampooned how pathetic Obamacare was and even worse was the Obamacare website which, as you recall, was nearly impossible to log onto and navigate.

Country music stars have always been music and Hollywood outliers – or one could say even outcasts – much more conservative than their pop, rock and R & B counterparts. After all, musicians are supposed to be angst-ridden leftists – but not in the world of country music.

Then came the Dixie Chicks, who, while on tour in the U.K. and on top of the country charts and the world, effectively ended their careers with a single comment. Lead singer, Natalie Maines, learning of George Bush’s decision to invade Iraq said: “Just so you know, we’re on the good side with y’all. We do not want this war, this violence, and we’re ashamed that the President of the United States is from Texas.”

If this were some freakish rock band or leftist like Paul McCartney or Bruce Springsteen, the trio would have praised to the hilt for their courage. But they forgot who their constituents were and are – conservative country music fans. The comment didn’t sit well with fans and their careers tanked from then on.

Now it looks like we may have another incident with a very popular country music group – and this time it’s regarding a topic which is front and center these days – the police.

Country superstar duet Florida-Georgia Line (FGL) it seems is guilty of, so far, two counts of dissing the fuzz. This bugs me because I’m a country music fan and an FGL fan and I don’t want this next generation of country stars to go the way of the leftist morons in other musical genres.

Twice they have been accused of disallowing law enforcement backstage. Fox News reported  that, “prior to the July 22 concert at Country Thunder in Wisconsin, Florida Georgia Line, or a spokesperson, requested that no law enforcement be backstage while they were on the grounds. Country Thunder management denied the request and Kenosha County Sheriff David Beth was never given an explanation for the why the request was first made.”

A day later in Iowa, at the Jones County Fair in Monticello, it happened again. This time it was TMZ who reported that an Iowa Sheriff was told no uniformed police officers were allowed backstage during the show.

Things only got worse, as about halfway through the Iowa show the duet, or their management, requested a police escort off the grounds after the show – to which Sheriff Greg Graver said: “They asked for a police escort and I denied it. They didn’t want us backstage so we just opted out of the escort. It’s not something that we’re mandated to do.”

This caused an almost immediate negative blowback by fans toward the duet, Brian Kelley and Tyler Hubbard, who then went into damage control mode, tweeting:

“Hey Guys, we’ve just been made aware something happened at the show this weekend involving a police officer. We want you to know that we have nothing but love and respect for the police. We are bummed anyone ever got a different impression.” Tyler & Brian

Now, they may be completely sincere and may have known nothing of either incident – or they may simply recall the swift demise of the Dixie Chicks and don’t want to become the next sad statistic. I hope it is the former, although there has been no explanation of either incident from anyone on the FGL side. I sure hope it’s not true. I really like these guys.

Anyway – we’ll see how things go at tonight’s show in Billings Montana. I’m going to guess they will let as many cops backstage as is possible and probably perform some sort of tribute.