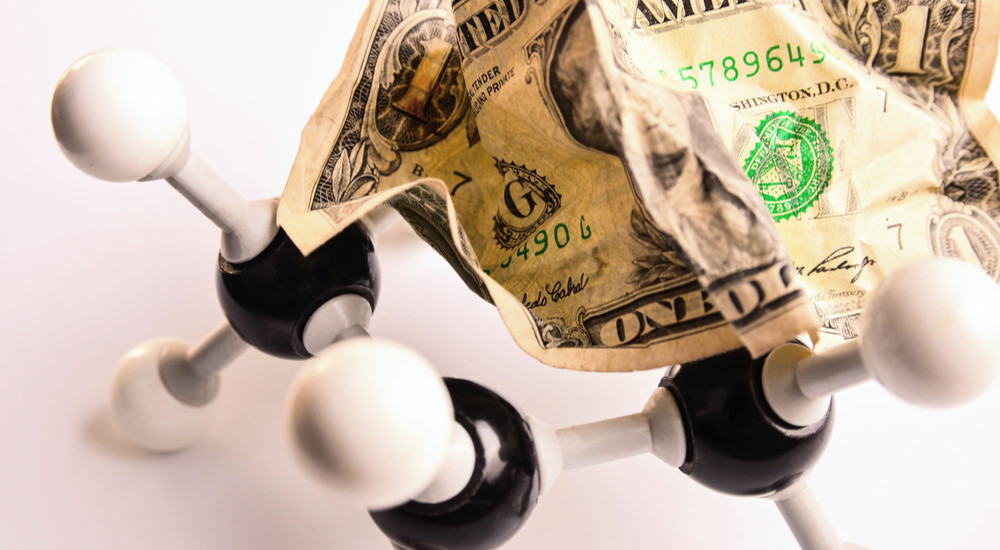 Since 1988 our federal government has spent over $500 billion in grants and college-level programs promoting the concepts CO2 heats the atmosphere harmfully and is thus “pollution.”

Restrictions on coal, oil and gas have cost even more. Thankfully, green plants have not accepted this idea as 42% of their dry mass is carbon which they glean it from air where it is only 0.04%, a “trace.” They use much water as it carries only 1.6 grams of CO2 per liter and only 27% of CO2 is carbon.

Water has become a critical problem in our economy and an increase of CO2 in the air would reduce the amount of water used to capture it for the green plants that feed and clothe us. We here document what our leading science association, professional and governmental bodies have to say about this issue nonetheless.

We have demonstrations CO2 does not heat the atmosphere and what of it there is in the atmosphere was held insignificant for 100 years by the American Meteorological Society until the Federal Government started giving them over $1 million most likely to “…get with the program.”

American Association for the Advancement of Science

“The scientific evidence is clear: global climate change caused by human activities is occurring now, and it is a growing threat to society.” (2006)

“Comprehensive scientific assessments of our current and potential future climates clearly indicate that climate change is real, largely attributable to emissions from human activities, and potentially a very serious problem.”

“Our AMA … supports the findings of the Intergovernmental Panel on Climate Change’s fourth assessment report and concurs with the scientific consensus that the Earth is undergoing adverse global climate change and that anthropogenic contributions are significant.”

“It is clear from extensive scientific evidence that the dominant cause of the rapid change in climate of the past half century is human-induced increases in the amount of atmospheric greenhouse gases, including carbon dioxide (CO2), chlorofluorocarbons, methane, and nitrous oxide.”

“The evidence is incontrovertible: Global warming is occurring. If no mitigating actions are taken, significant disruptions in the Earth’s physical and ecological systems, social systems, security and human health are likely to occur. We must reduce emissions of greenhouse gases beginning now.”

“The Geological Society of America (GSA) concurs with assessments by the National Academies of Science (2005), the National Research Council (2006), and the Intergovernmental Panel on Climate Change (IPCC, 2007) that global climate has warmed and that human activities (mainly greenhouse‐gas emissions) account for most of the warming since the middle 1900s.”

“Climate change is real. There will always be uncertainty in understanding a system as complex as the world’s climate. However there is now strong evidence that significant global warming is occurring. The evidence comes from direct measurements of rising surface air temperatures and subsurface ocean temperatures and from phenomena such as increases in average global sea levels, retreating glaciers, and changes to many physical and biological systems. It is likely that most of the warming in recent decades can be attributed to human activities”

“The scientific understanding of climate change is now sufficiently clear to justify taking steps to reduce the amount of greenhouse gases in the atmosphere.”

“The global warming of the past 50 years is due primarily to human-induced increases in heat-trapping gases. Human ‘fingerprints’ also have been identified in many other aspects of the climate system, including changes in ocean heat content, precipitation, atmospheric moisture, and Arctic sea ice.”

“Warming of the climate system is unequivocal, and since the 1950s, many of the observed changes are unprecedented over decades to millennia. The atmosphere and ocean have warmed, the amounts of snow and ice have diminished, and sea level has risen.”

“Human influence on the climate system is clear, and recent anthropogenic emissions of greenhouse gases are the highest in history. Recent climate changes have had widespread impacts on human and natural systems.”

Why Should This Be?

The Federal government wants to tax and control carbon-based fuels from coal to natural gas. These fuels generate 80% of the energy in our economy and control through taxing and regulation would give Washington, DC more political and economic power than any government has had since the signing of the Magna Carta in 1216 AD.

The truth of this matter will emerge just as truth always does and much will change as a result. Every one of the above associations, organizations and agencies will soon be under new management and cleansed of this nonsense as most perform needed functions, but they will have to return to doing science instead of making it a Faculty Lounge discussion or parlor game as it has been far too long.